Hi Rob - Let me expand on the idea I mentioned earlier.

Use Case: Connect multiple buildings in a show environment.

Background: Clubs (and some individuals like myself) increasingly assemble collaborative layouts at shows.  There are standards for interconnecting but not for lighting.   In KLUG we have three themed collaboratives that all use a proprietary lighting standard.  The idea is to power a collection of modules/buildings quickly and reliably.   Small lighting connectors are delicate, take time to connect, and can fail eventually with frequent use.  Horizontal power connectors require a regular grid, are expensive, and can be fiddly.  And a power hookup is still required.  And these can be overkill for displays with just a row of buildings.

Proposal: Daisy chain buildings along the back of a table using a new USB connector board. USB connectors are strong, robust, cheap and VERY QUICK to assemble and disassemble at shows. USB 3.0 is rated at 900ma which could support 3-4+ buildings on one power supply. Lightailing sells a similar board: https://www.lightailing.com/products/lightailing-converter-module but it has 4 USB and uses only pico connectors. Adding a Brickstuff regular connector would be superior in that it can carry more current for the trunk lines, but keep the pico connector for flexibility. USB of course can be connected to mains or battery. 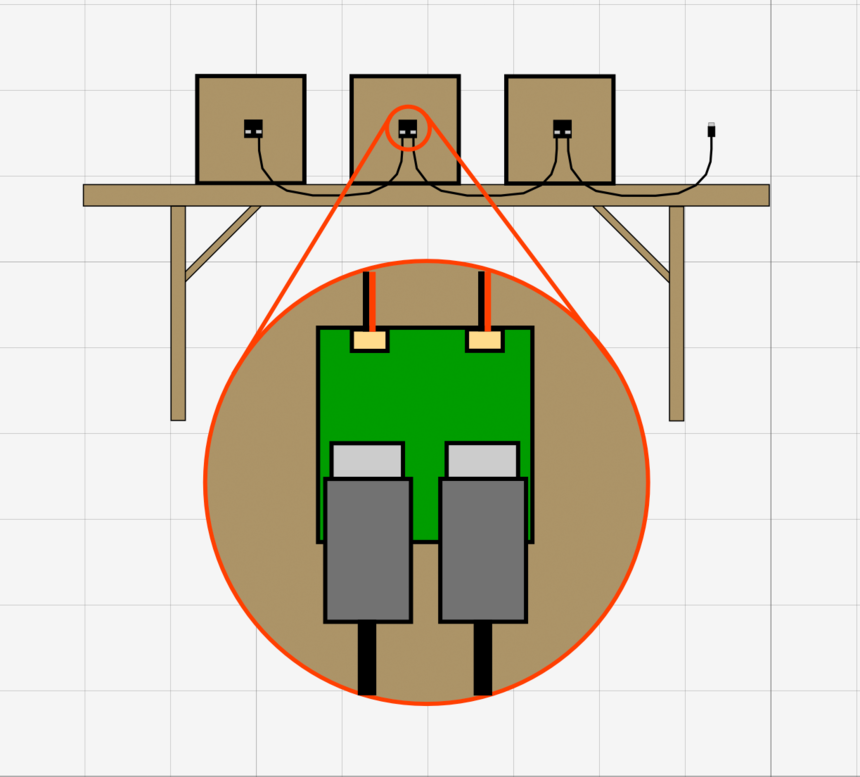