Main Brickstuff Website
Sign Up
Login
HomeBrickstuff Customer CornerWhat Lights Do I Use For [a specific] LEGO Set?

Another popular request!  We've had several people ask how best to go about lighting the beautiful Porsche 911 GT3 RS set.  This is another kit we don't have in the shop, so we're just going by looking at LDD files and instructions-- if you have added Brickstuff lights to this set, we want to hear from you!  Please register for this forum and share your results, tips, and tricks.

Starting with the front of the vehicle, the headlights should be well-suited for our warm white Pico LEDs.  If you remove the trans-clear elements from the headlights after building the set, you'll see two Technic half pins: 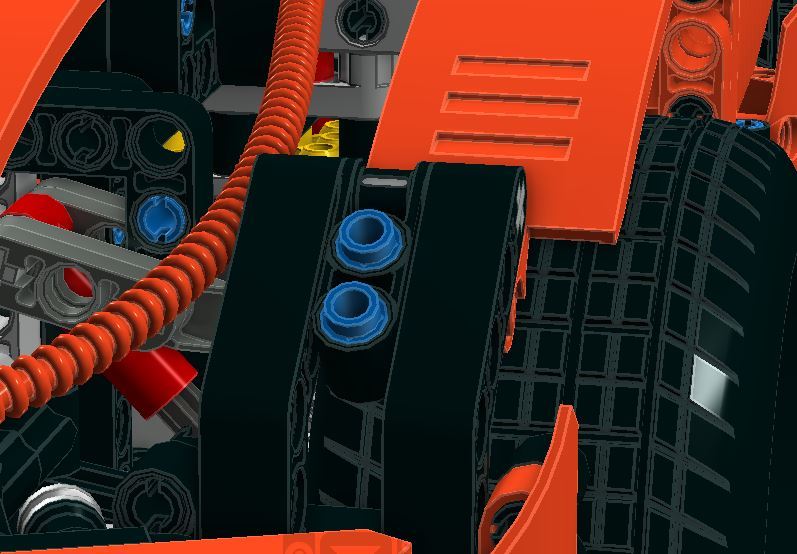 For the lower lights on the front of the car, this is a tight space, but positioning two Pico LEDs on black cheese slopes pointing toward the center of the trans-clear light assembly should produce good results.  This is a bit hard to visualize, but we use the same approach in our lighting kit for the Big Ben set: 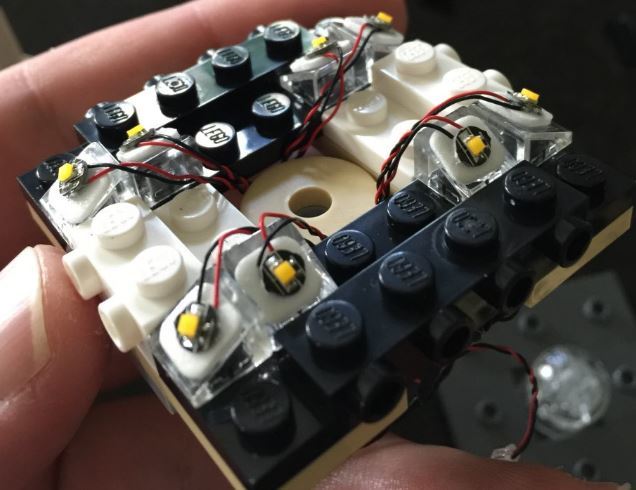 Here you can see we used trans-clear cheese slopes, but the idea is the same.  Use a sticky square to mount the Pico LED to the slope, then turn the slopes so they are pointing inward.  Here's a rough illustration of how that might look: 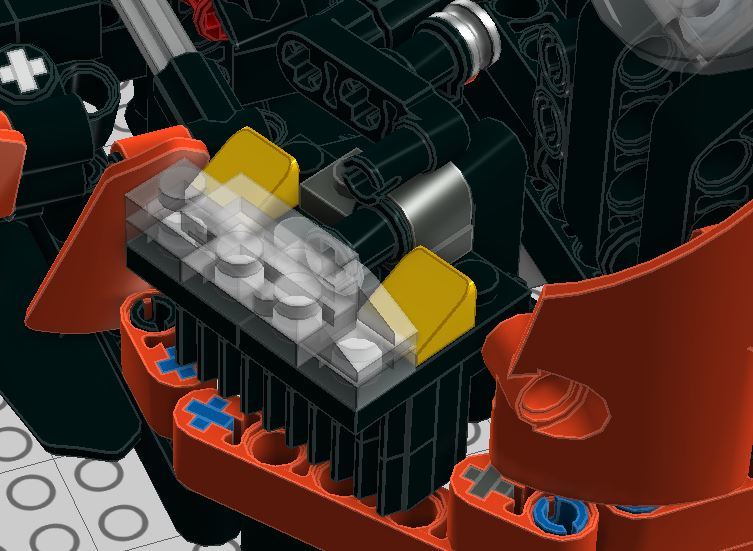 Here we're using yellow cheese slopes to show the placement, but you get the idea.  Use trans-clear or black so the assembly is less visible.  Also, unlike in LDD, you should be able to turn the slopes a little so they are both facing toward the center-- this should provide good lighting.

So for the front of the car, you're looking at potentially eight warm white Pico LEDs.  You could connect these using one 1:9 adapter with micro connectors, then run a connecting cable to the power source.  Again, since we don't have this model ourselves, it's tough to say where a power source might fit in the model, but you might be able to fit one of our 3AA battery packs either in the front or rear under the trunk/hood.  You might even be able to mount the battery pack (which is black) right on top of the flat area behind the seats-- this wouldn't look obvious from a distance, and you'd have good access to the on/off switch in the battery pack as well.

For the back of the car, it's more complicated, since there are so many trans red and clear elements, and it's difficult to light them all without using tons of LEDs.

One idea would be to start with the blue Technic half-pins holding the rear light assemblies in place, and put Pico LEDs in these with the plates snapped back on top (like we recommended for the front headlights).  Here's a snapshot of the back with the transparent parts removed: 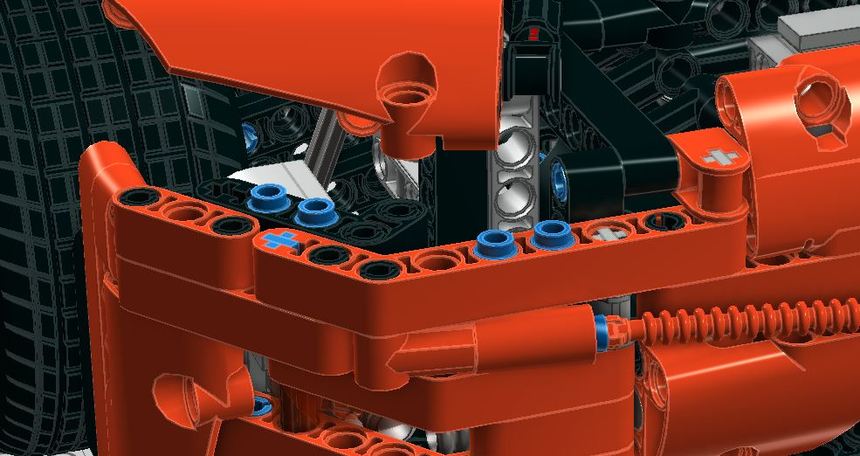 You can see the four blue half pins.  Try putting Pico LEDs in there first, and if that doesn't provide enough light, you could add more half pins (or even just place Pico LEDs directly on top of the orange Technic beams, facing upward like the LEDs inside the half pins, but not mounted except to have their wires threaded down through the holes).

Again, the challenge is doing this without using 16 LEDs just for the back (though if you feel so inclined, don't let us stop you-- one 3AA battery pack can power 100+ LEDs!).  Best to try experimenting here and see what works best.

For the lower back lights, you could just stick a red Pico LED to the gray beams behind the trans-red element: 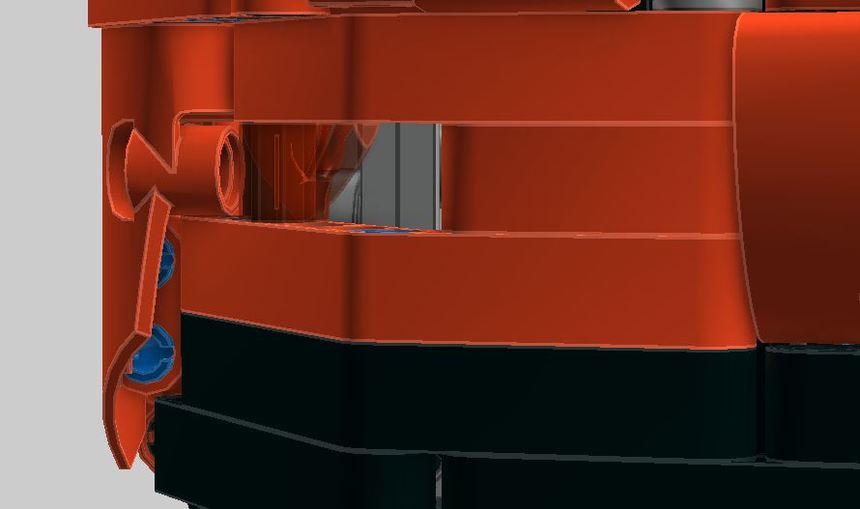 This is a low-tech way of adding light, but it would probably work.

Without having the actual model in our shop, this is about the best recommendation we can make.  Hopefully it's helpful, and again, if any of our customers have taken a similar (or completely different) approach to lighting this beautiful model, please post your results for everyone to see!