I'm going to go through the NaMaLiCS program tab by tab.  That means some information introduced up front won't be useful and perhaps not even understandable right away.  But that information will show up again in a later discussion which WILL make it clear as to why it exists and how it's used.

With that caveat, let's take a look at the Globals tab.  It starts with a note about nomenclature.

This means when I call the function blinkPixel, it makes a pico light or a string of pico lights blink.  And the variable pixelNumber refers to a specific pico light or pico light string.

The first thing the program needs to do is load the Adafruit NeoPixel library. 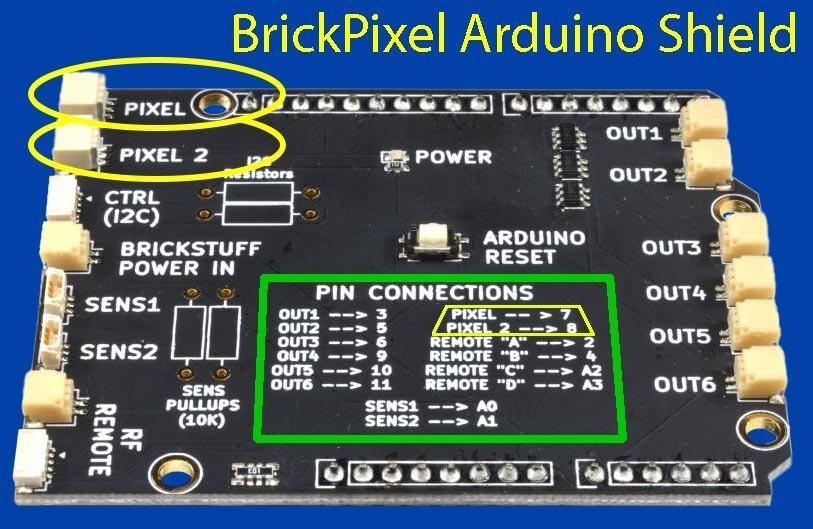 There are two connectors on the BrickPixel Arduino shield that can be used to control the pixels in the lighting system.  This define statement indicates which is being used.

It's important to understand this next definition as it's key to using the Adafruit NeoPixel library with Brickstuff's BrickPixel system.

The single Adafruit NeoPixel LED actually contains three LEDs (a red, a green and a blue) inside one casing.  When using the library in its default configuration it wants to address three LEDs at a time. 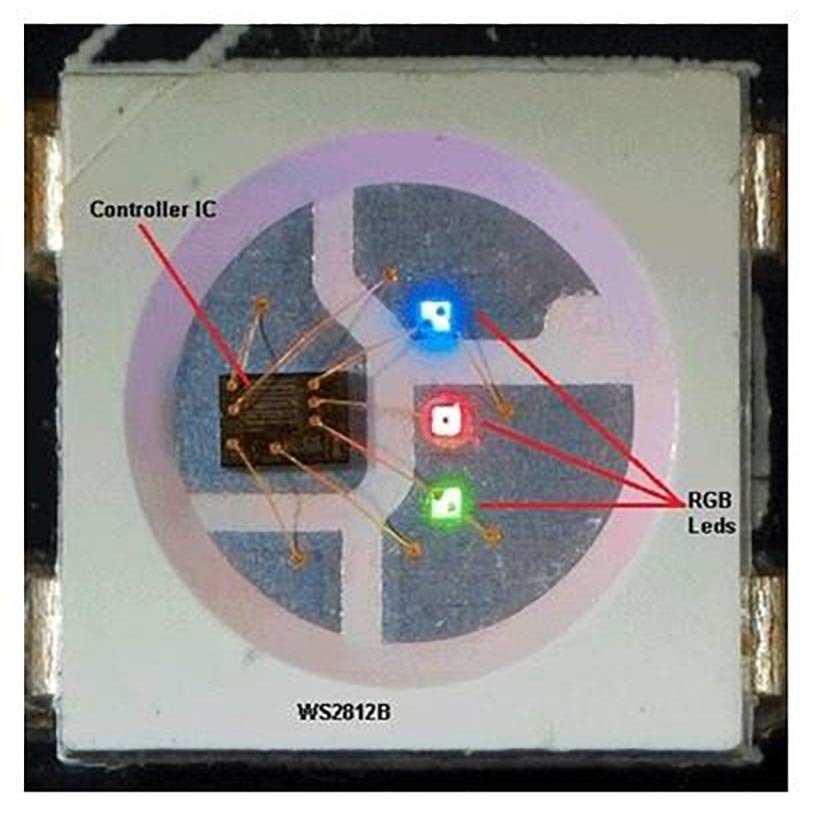 A Brickstuff Pico light is a single LED.  So there needs to be a way to translate the native NeoPixel code into a form usable by the Brickstuff BrickPixel hardware.

To make this work, there are two concepts to understand.  A set of three pixels (Pico lights) is the same as one NeoPixel LED, so we will be working with pixelSets.  Within that pixelSet, there are three pixels; pixel01, pixel02 and pixel03.  To be able to manipulate a single pixel you will need to specify which pixelSet it is in and which pixel within that set it is.

But here's the twist.  The Adafruit NeoPixel library is zero-based. The BrickPixel hardware is one-based.  The mismatch is a surefire gotcha when programming BrickPixel hardware.  If the program you just finished isn't working, this is one of the first things to check! 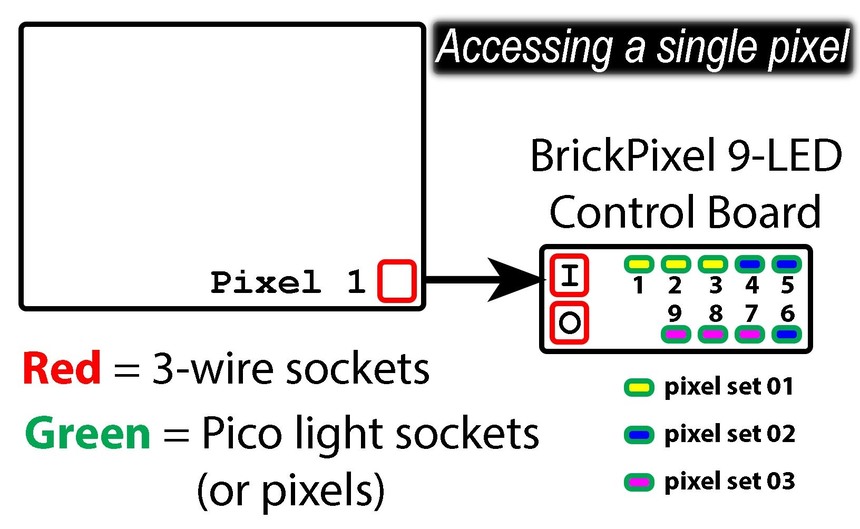 When defining NUMPIXELS it is important to do the math correctly so that all the pixels you have wired up will be accessible.

millis() returns the number of milliseconds that have passed since the currently running program started.  NOTE: millis() returns an unsigned long value, so if you are doing calculations with it make sure all variables used in the arithmetic are also unsigned longs, otherwise you will get errors.

The NaMaLiCS control system has two phases.  The first is the initial light up portion.  How do the lights turn on?  Toggle on as if connect to a lightswitch?  FadeOn, like stadium or arena lights?  Do the lights flicker when turning on?  Do the lights even illuminate, or is the lightbulb dead?

The second part is what I call the maintenance portion.  After the lights are on, are there any changes to their illumination?  Do they flicker occasionally?  Do they dim and brighten?  Do they just burn out?

When I started working on NaMaLiCS, I was using the delay() function for getting the triggering of effects to happen at certain time.  However, when a delay is being run, the program can do nothing else, so I couldn't have two different lights with different lighting effects running simultaneously.

I had to change to what is called a non-blocking approach.  The Arduino is a single core CPU, so it cannot do true multitasking.  However, by using millis() and checking the time differences in a lighting effect, you can get the appearance of a multitasking system.

This set of variables is part of the bookkeeping necessary to run a non-blocking program.

And there you have it.  The basic pieces needed to program lighting effects.

Next, we'll take a look at what goes into setting up the starting conditions to run the NaMaLiCS program.