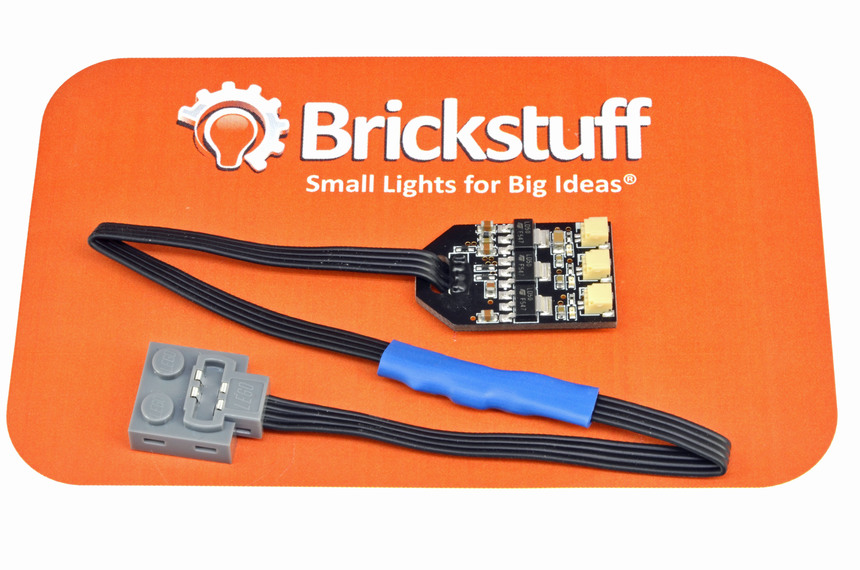 Our First Generation Power Functions Power Supply, was an "always on" supply (meaning that if your PF battery pack was on, the lights were on-- you could not control lights using a LEGO PF remote or an SBrick).

With this new version, there are three outputs, and it is possible to control lights using a LEGO remote control or SBrick.  The three outputs are:

The photo below shows the ports as they are located on the power supply circuit board. 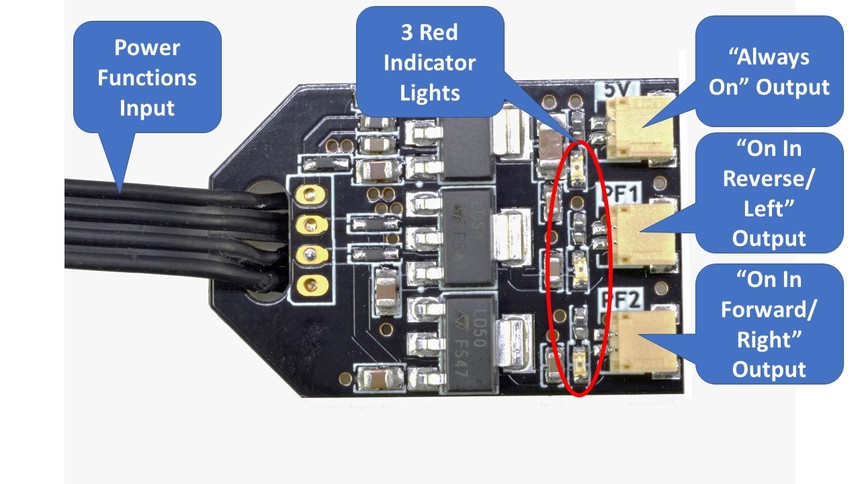 Using this power supply, it is now possible to create a number of new lighting and effect setups, including:

There are some important points to keep in mind about this power supply:

The power supply has three red indicator lights as shown in the photo above.  These indicate when a given output channel is activated.

The following illustrations show several configurations for the power supply.  All configurations work with SBrick ports as well (though note the SBrick behavior above when connected to the same channel as a motor).

(as you can see in the above illustration, Brickstuff lights and effect controllers can be connected to any of the outputs on the power source.  This allows lighting effects to be triggered by a LEGO or SBrick remote)

2. Connection to Channel With Motor 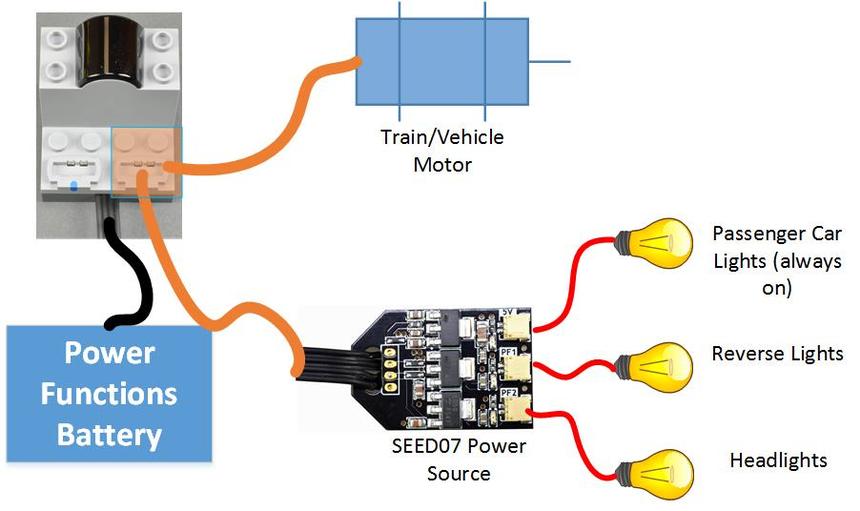 (in the illustration above, directional headlights are created by connecting the power source to the same Power Functions channel as a motor)

3. Connection to Channel with Servo 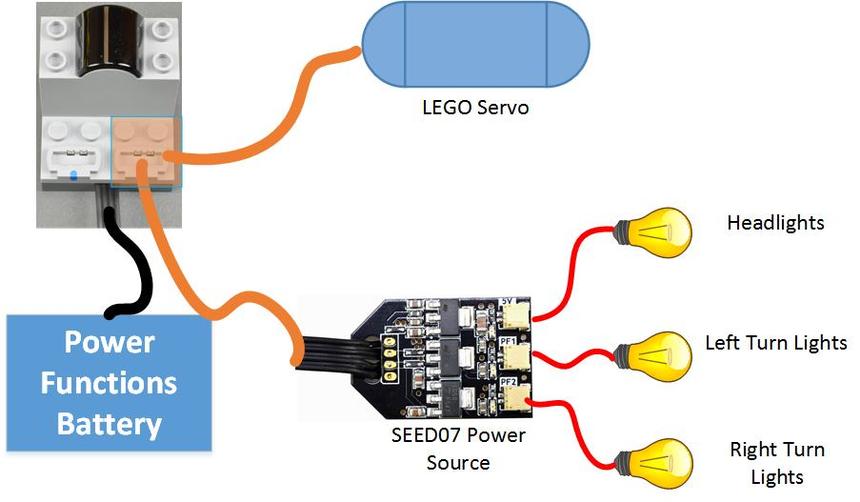 (in the illustration above, a the power source is connected to the same Power Functions channel as a servo-- when used with Brickstuff's Flashing Pico LEDs, you can create automatic turn signals for vehicles.

The scenarios above are meant as a starting point-- the power source is flexible enough to be used with almost any Power Functions configuration.