“Namdaemun (Hangul:남대문; Hanja:南大門, South Great Gate), officially known as the Sungnyemun (Hangul: 숭례문; Hanja: 崇禮門, Gate of Exalted Ceremonies), is one of the Eight Gates in the Fortress Wall of Seoul, South Korea, which surrounded the city in the Joseon dynasty. The gate is located in Jung-gu between Seoul Station and Seoul Plaza, with the historic 24-hour Namdaemun market next to the gate. The gate, dating back to the 14th century, is a historic pagoda-style gateway, and is designated as the first National Treasure of South Korea.[1] It was once one of the three major gateways through Seoul's city walls which had a stone circuit of 18.2 kilometres (11.3 mi) and stood up to 6.1 metres (20 ft) high. It was first built in the last year of King Taejo of Joseon's reign in 1398, and rebuilt in 1447. In 2008, the wooden pagoda atop the gate was severely damaged by arson. Restoration work on the gateway started in February 2010 and was completed on 29 April 2013. The gate was reopened on 4 May 2013.” 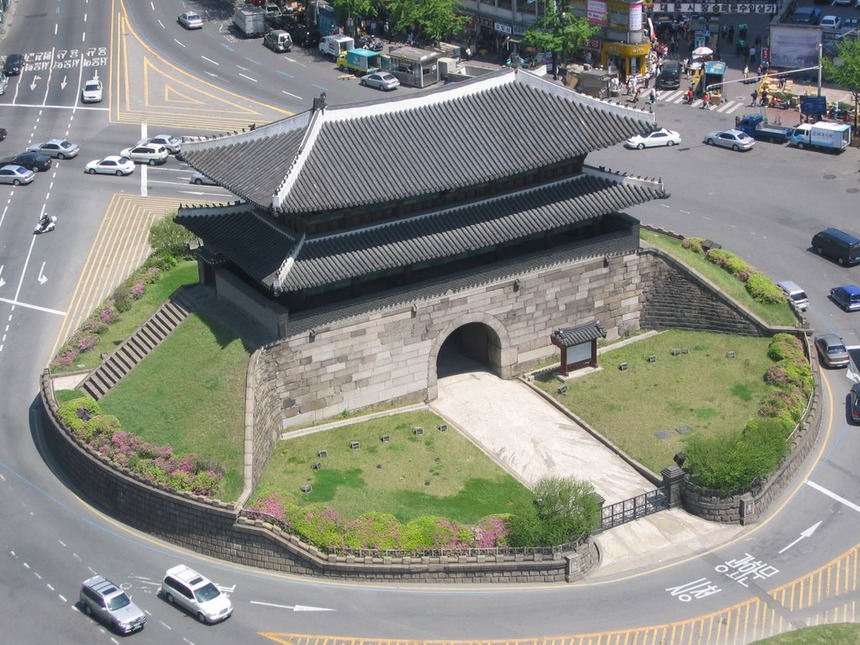 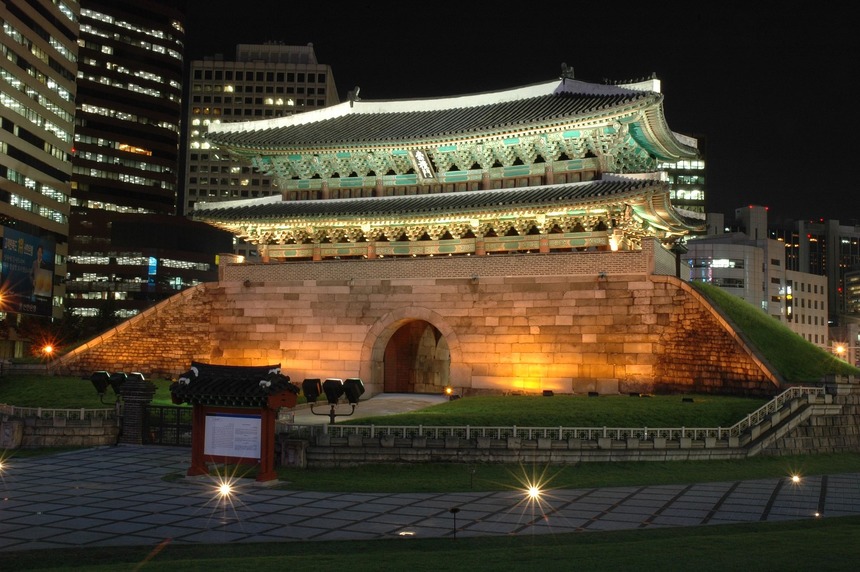 Lego Architecture tackled the Sungnyemun in 2012 with a 325 piece model. Reviews at Brickset, Amazon and elsewhere are almost universally positive. LOZ of China followed with a two-thirds size clone. I politely disagree with the raves. This Sungnyemun model seems to have way too few pieces to capture this amazing structure. The use of the 1x1 horizontal clip holder on the corners of the pagoda roofs seems particularly ineffective. 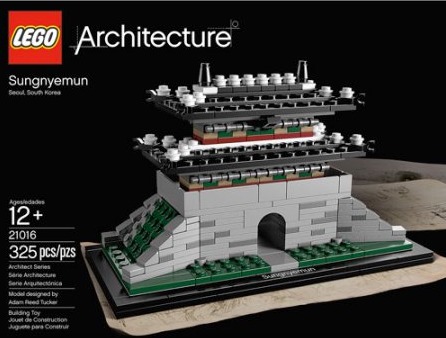 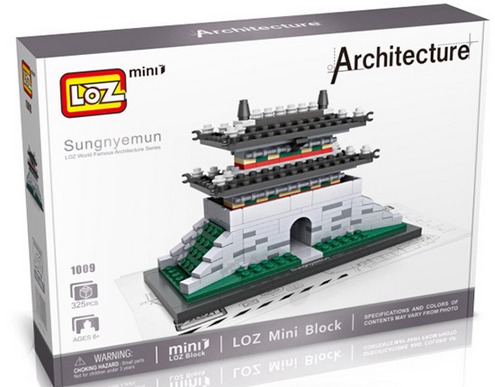 Oxford Toy Company of South Korea, understandably, must feel this building is important enough to warrant four different sets. They make Lego-compatible models of all sorts.

A simple version for the young: 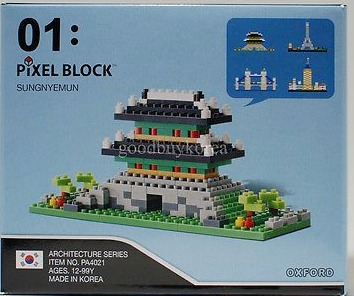 A basic version with 822 pieces (and a really nice way of handling the curved side walls with hinged pieces)—the one I chose to build and light: 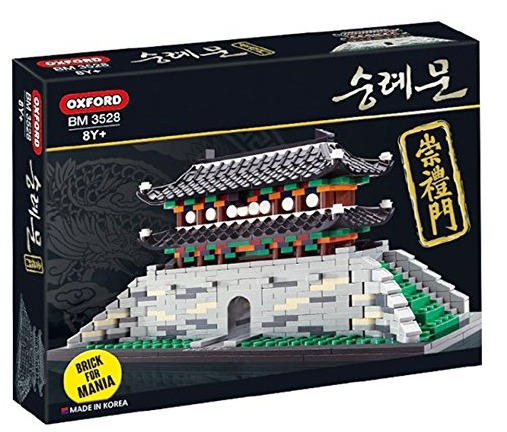 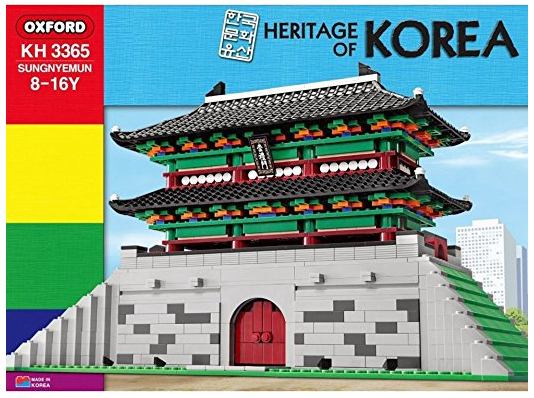 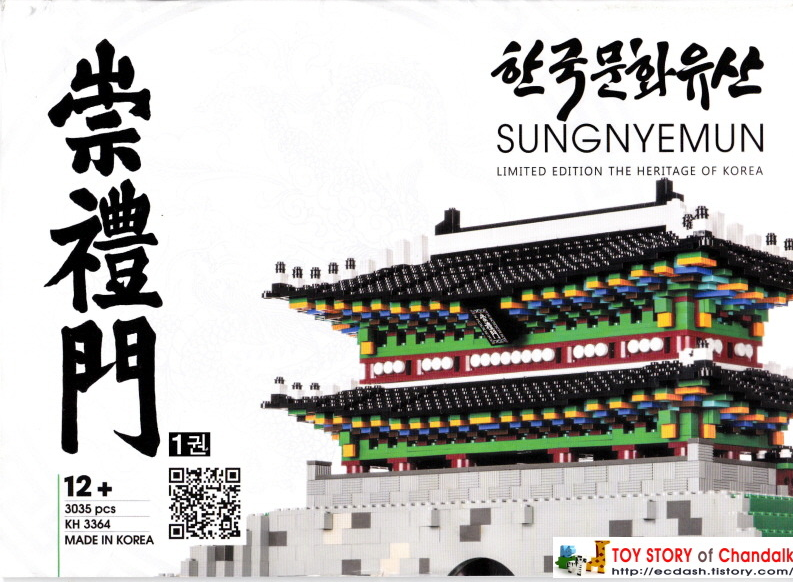 Notice that all three of the larger sets from Oxford have special molded roof pieces to show the trademark curve of each pagoda roof corner.  Lego and nanoblock-sized models generally try to "fake" that curve with bricks.  As usual, I envisioned some modifications—in addition to the lighting. I enlarged the base by four studs in width and four studs in depth and added fencing, side walls, side pathways and smoothed out the side grass with slope pieces--on the box cover these grass slopes look like green steps.  I even installed a rather silly information kiosk made up of nanoblocks.

Fifteen Pico LED's from Brickstuff were used for lighting, as follows:

Two four-port expansion adapters were attached to the rear of the building. There were connected to each other by an extension cable. Another extension cable was strung up through the building to the first roof level and attached to a 1:9 expansion adapter. Eight LED light cables were inserted into this  adapter to light the two roofs. The first roof level had to be raised by one stud to allow the adapter to fit.

Here are two shots of the results: 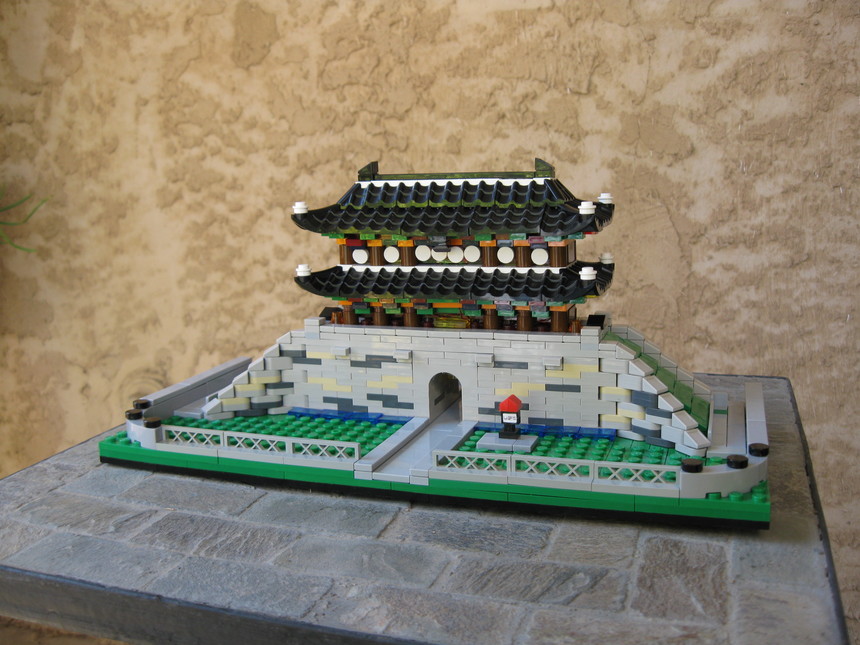 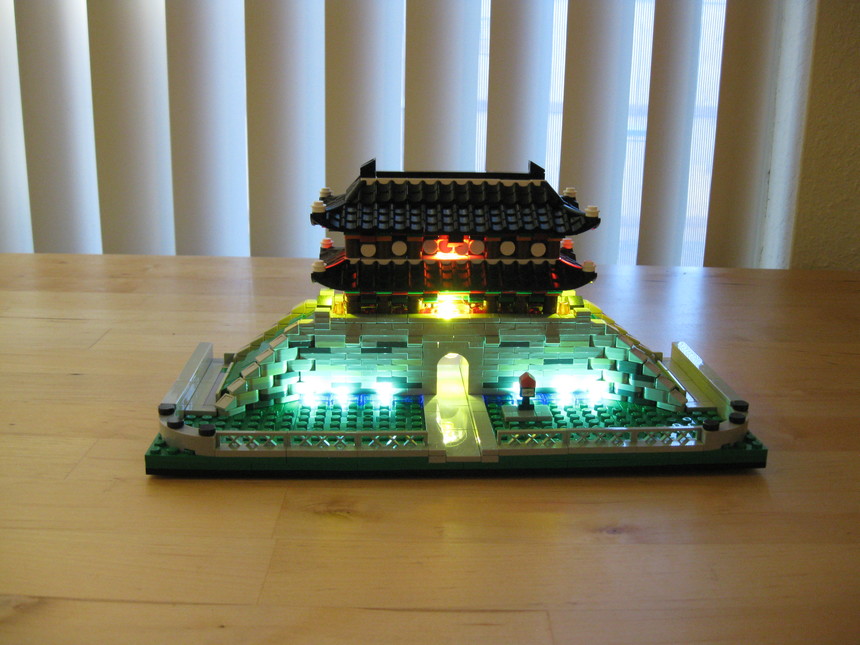 My Google Photos gallery--including some detail images--can be seen here.