I've never been obsessed with cars. I've never built a Lego automobile. But, WW at Rebrickable.com designed a beautiful, lifelike MOC of a 1912 Ford Model T Torpedo in under 200 pieces. Since I'm partial to movies of the teens and 1920's, I couldn't resist this lovely design.  I wonder if WW might have had the following photo in mind when he designed this Model T.  WW even created an alternative top-down design which I've not followed up on. 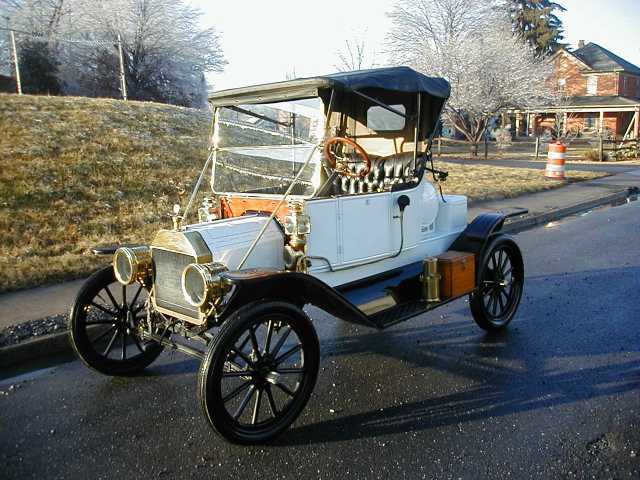 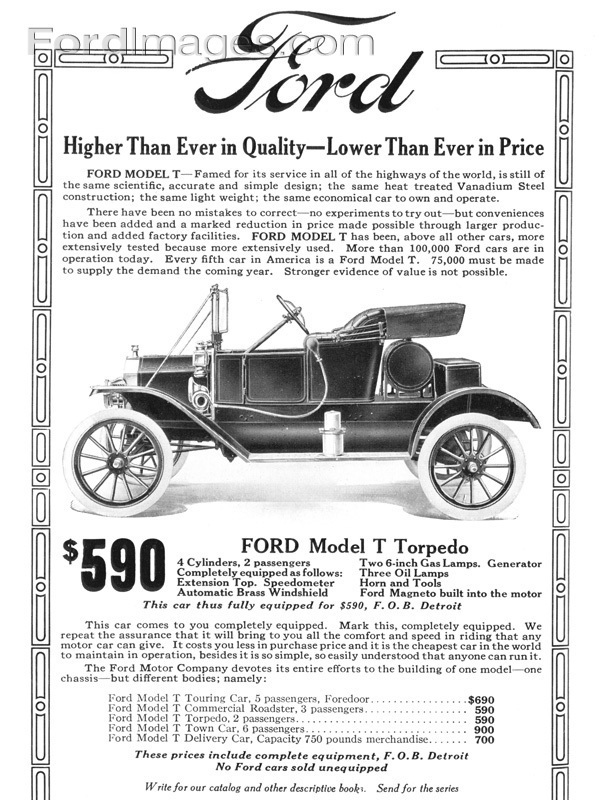 As soon as I saw this model, I decided to make a few cosmetic changes and to find a way to light the two headlights and three lamps.  I also wanted to add a windshield and a rear window.  Fortunately, there were ideal Lego bricks for both.  I decided to change the color of the seats and steering wheel to brown and the grill and front trim to pearl gold.  The rear oil lamp needed to match the two side lamps in shape and should contain different color "glass"--i.e., red.  Since the left and right front and rear fenders and running boards are one-piece assemblies attached by one stud to the chassis, I added a bit of liquid glue to add support.

Here's WW's design with these changes. 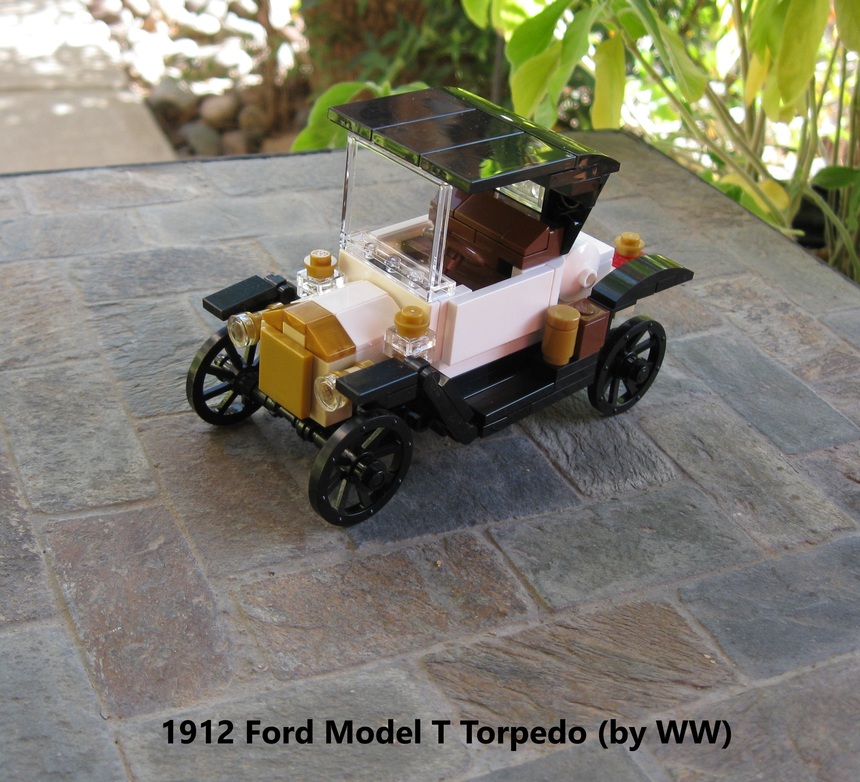 But, how to light the vehicle?  Rob here at Brickstuff came up with the solution--a custom-made five-LED light set-up which includes a battery holder and an on/off switch. The lights used are even smaller than Brickstuff Pico LED's.  These are prototype lights soon to be introduced for Lego City and smaller vehicles.  Here is the assembly Rob created for me. 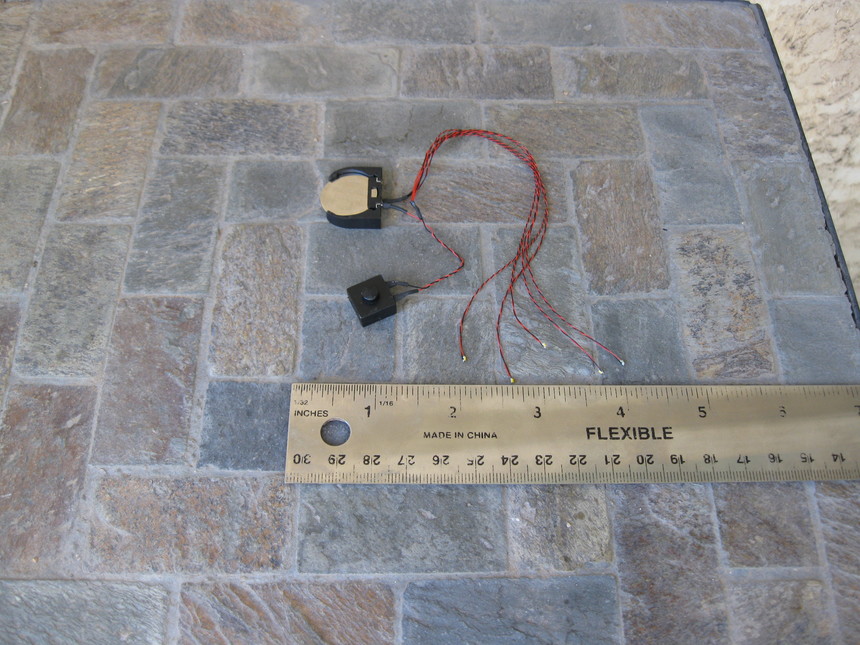 Here is the assembly lit. 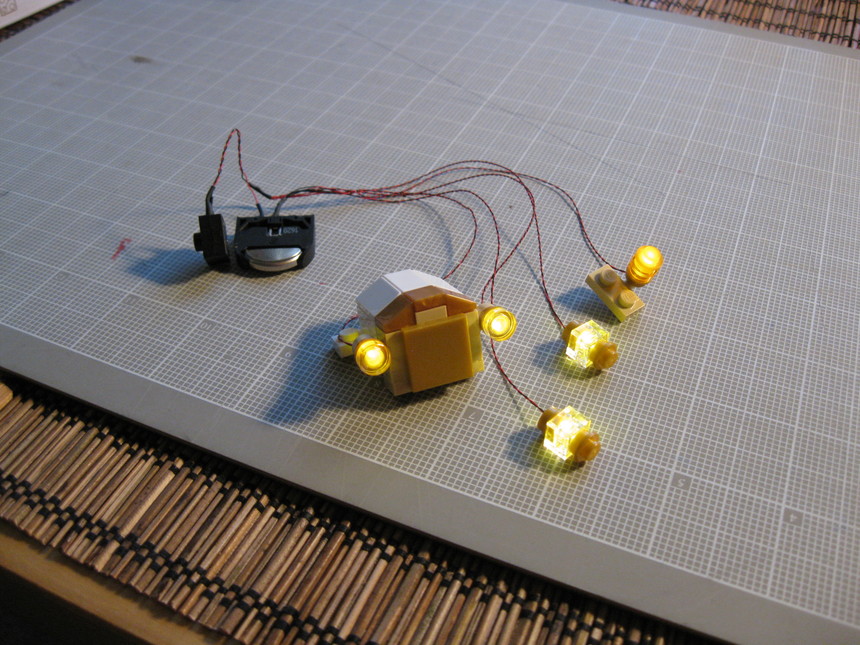 Because these LED's are smaller than Pico lights, I had relatively little difficulty inserting them into the transparent bricks I used for the head, side and rear lamps.  The problem became one of fitting the battery holder and on/off switch underneath the car.  A very tight squeeze.  Since Rob and I had to guess the lengths needed for the lights, I encountered problems hiding the wires.  Here is the underside of the Model T. 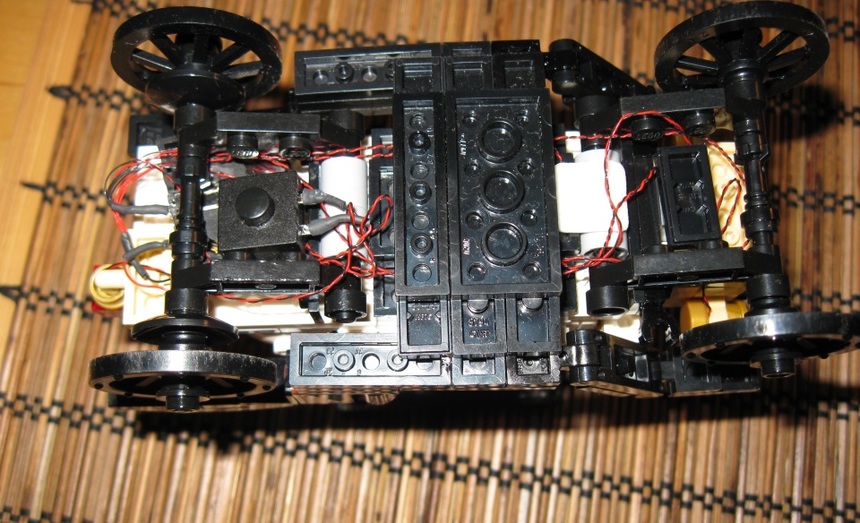 I'm sure someone more creative than I could come up with a better way of hiding the wires.  I used sticky pads to affix the battery holder in front of the rear axle and the on/off switch directly to the battery holder.  Here are two shots of the lighted Ford Model T Torpedo. 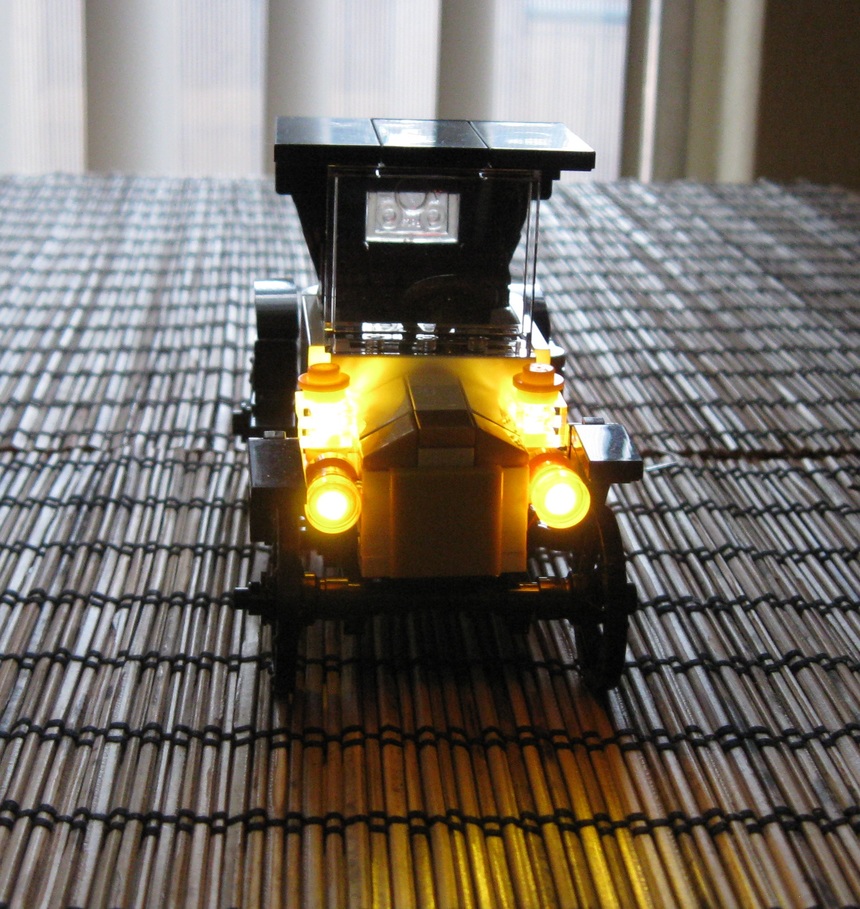 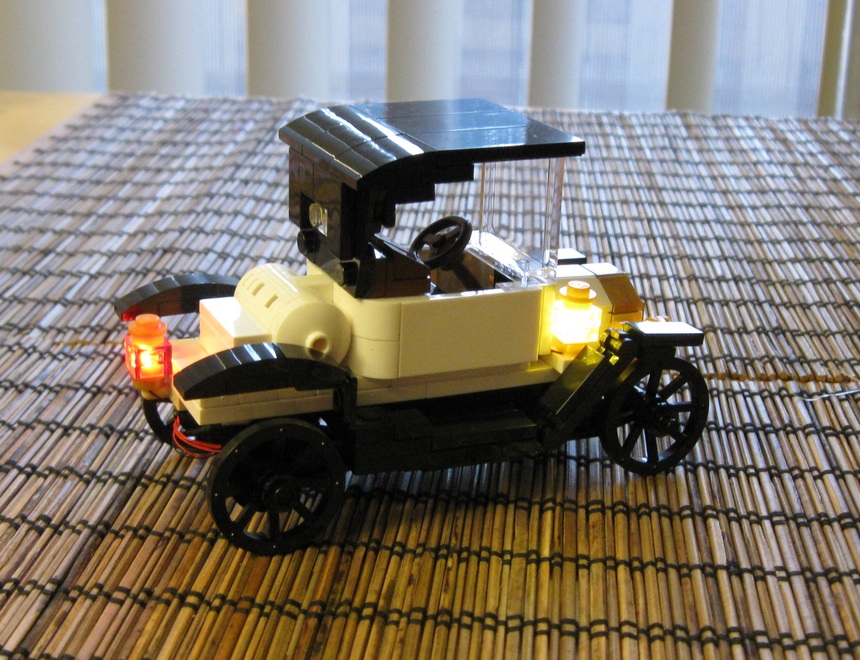 You can see a few more of my images of this MOC here.  Thanks, Rob!