After completing installation of your Brickstuff light and sound kit for the LEGO Creator Ecto-1, some customers have reported that their remote control stops functioning.  This article will outline several steps you can take to troubleshoot this issue and get your remote to communicate once again. 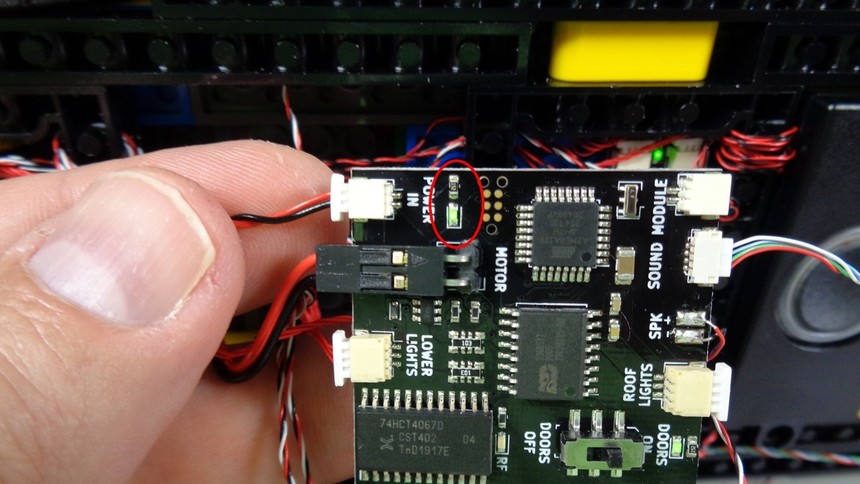 If your green power LED light is not on, check your power source.  If you are still not able to get the green power light to turn on, contact us and we'll help. 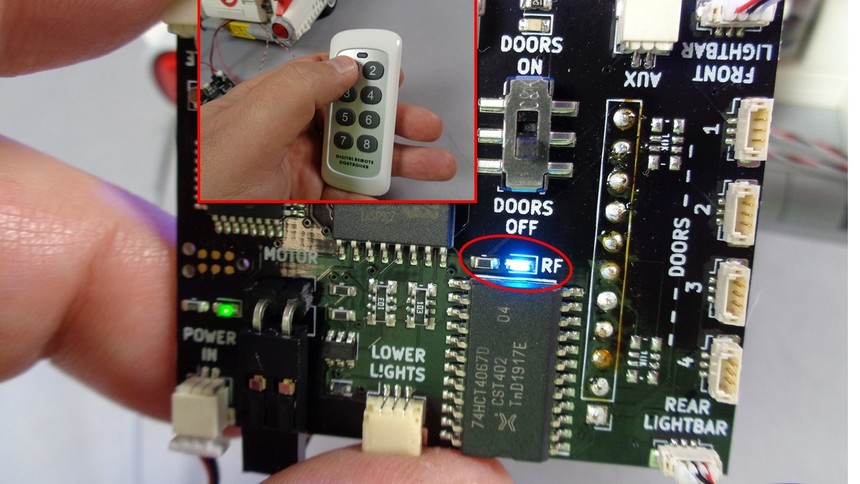 If this blue light is working and does turn on/off when you press/release a button on the remote control, it is possible that the master effects setting has been turned to "off".  To turn it back on again, press the "7" button on your remote.  Your Ecto-1 lights should resume their previous settings.

If this does not solve the issue, or if your blue "RF" LED light does not turn on when a button is pressed on the remote, check the back side of the effect controller and make sure the remote receiver is fully inserted into its socket as shown in the photo below. 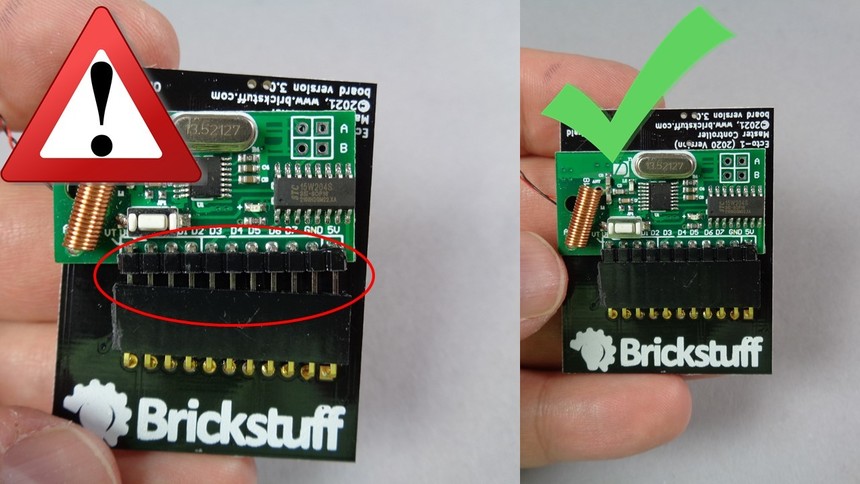 If the receiver is fully inserted but the blue "RF" LED light still does not turn on when a button is pressed on the remote, you will need to "re-associate" the remote with its receiver by following the steps below. 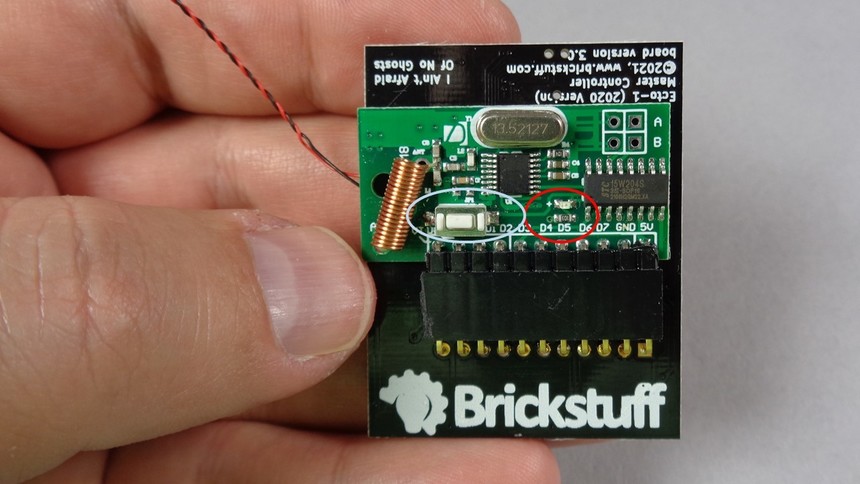 If the above steps were successful, you should now be able to resume using your kit.  If you see any different behavior, such as the red LED not flashing after you hold the white button down for 2 seconds post-reset, contact us and we'll help.

NOTE: the timing on these button presses can be a little tricky, so you may need to try several times to get the receiver to see the remote. If after several times this still isn’t working, get in touch with us.