Scene One is Jill Masterson/The Golden Girl. It's on a turntable so BrickFair visitors can turn and see her demise. It'll have a gold Brickstuff lamp on her bedside table when they're back in stock. Her bikini top is en route from England. 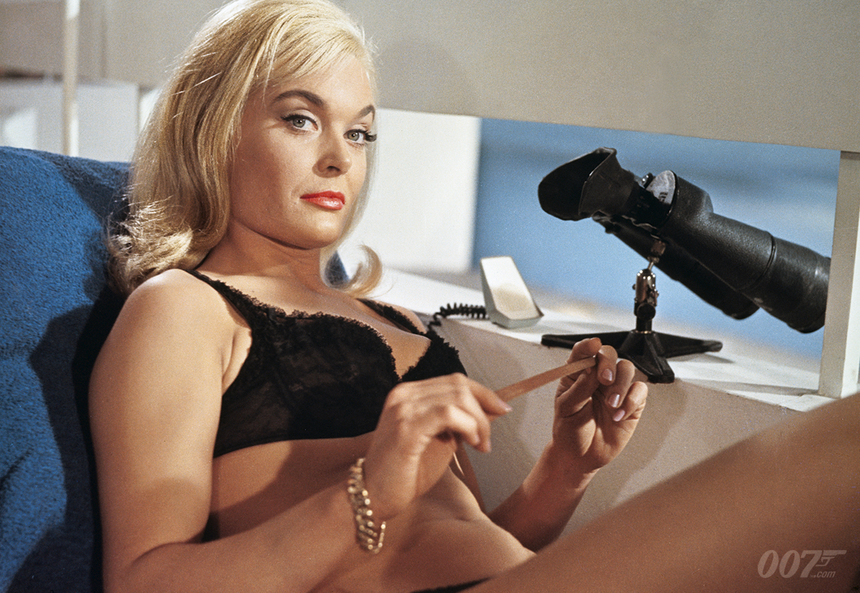 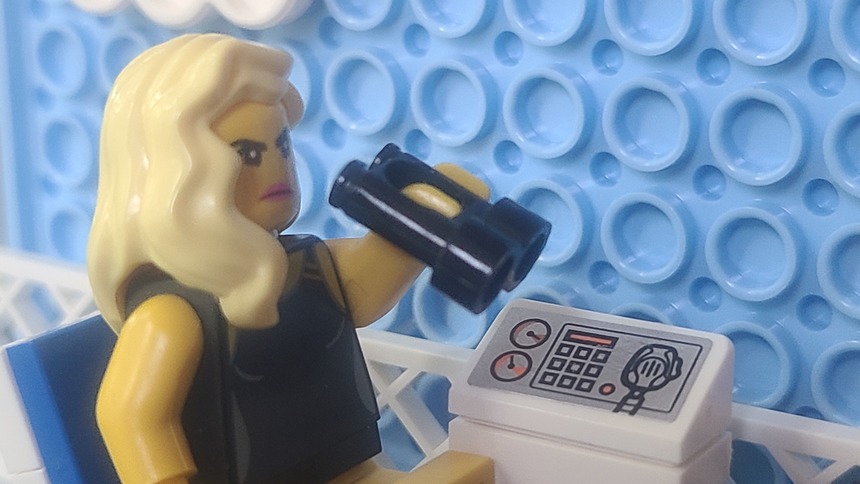 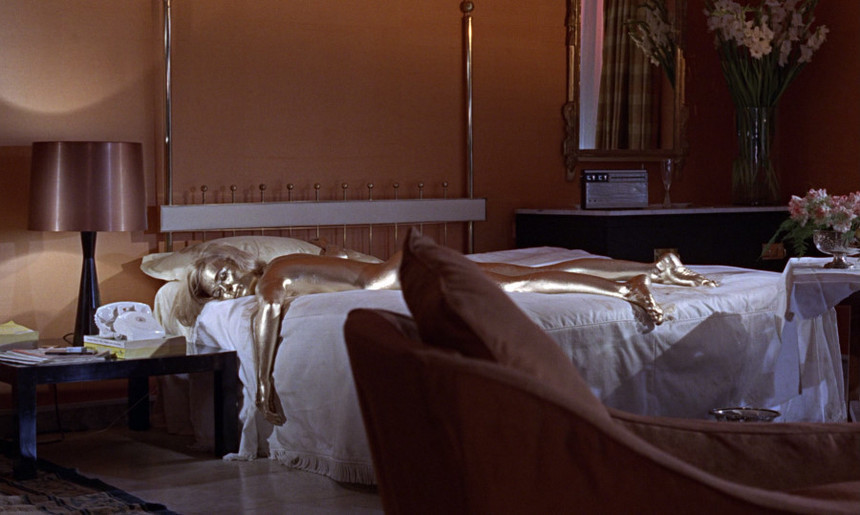 Scene Two is the DB5. It's not an original creation, but it has a working ejector seat that visitors can play with. It'll have Brickstuff head and taillights. 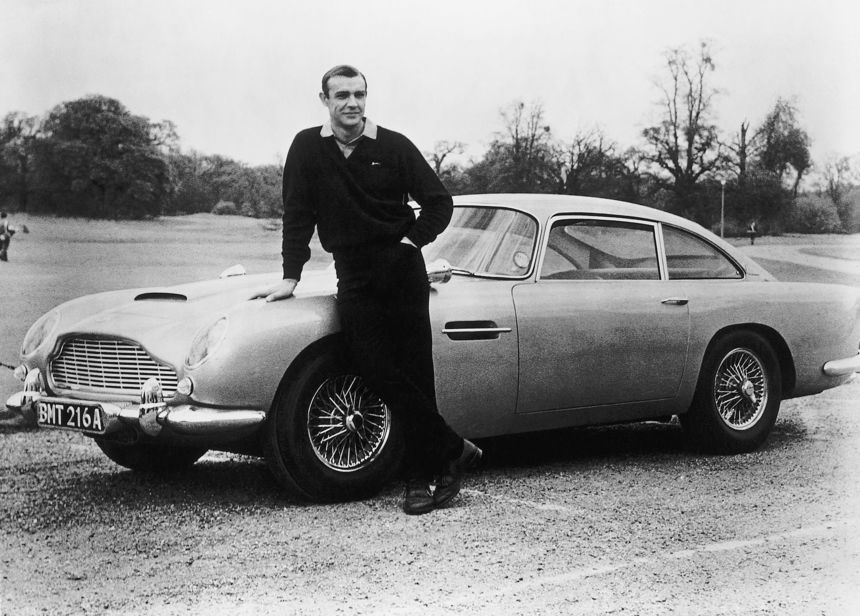 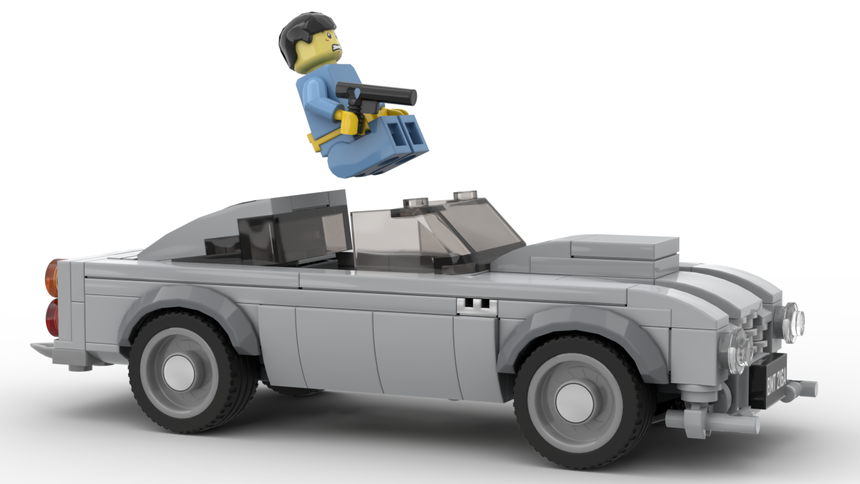 Scene Three is Goldfinger's laser. It's the centerpiece of the set. The laser contains three Brickstuff lights, the lab has two Brickstuff LED strip lights, and the gold bar on top will activate a Brickstuff sound module that plays clips from the film. 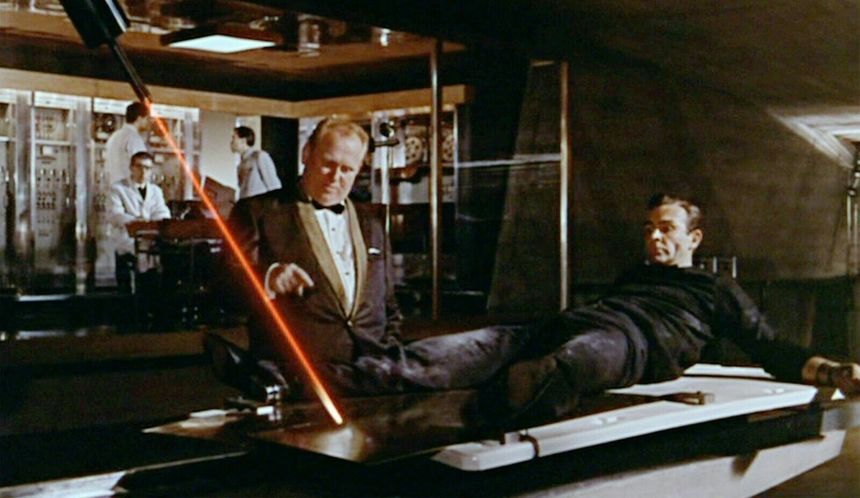 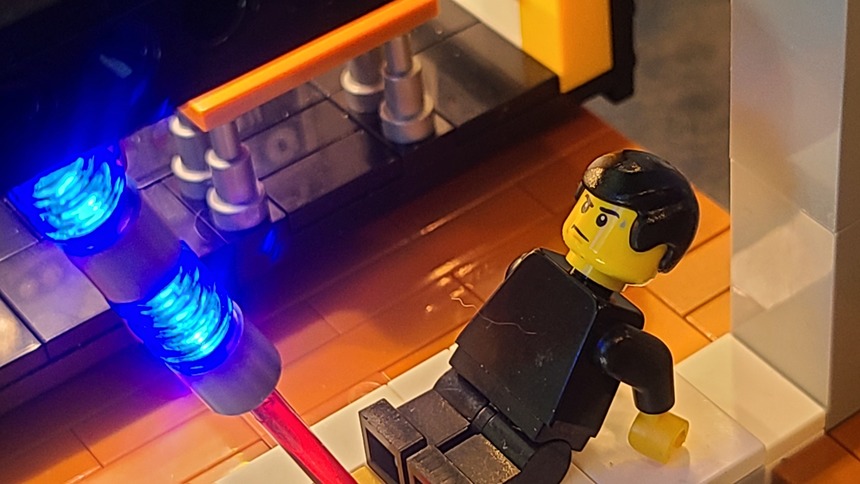 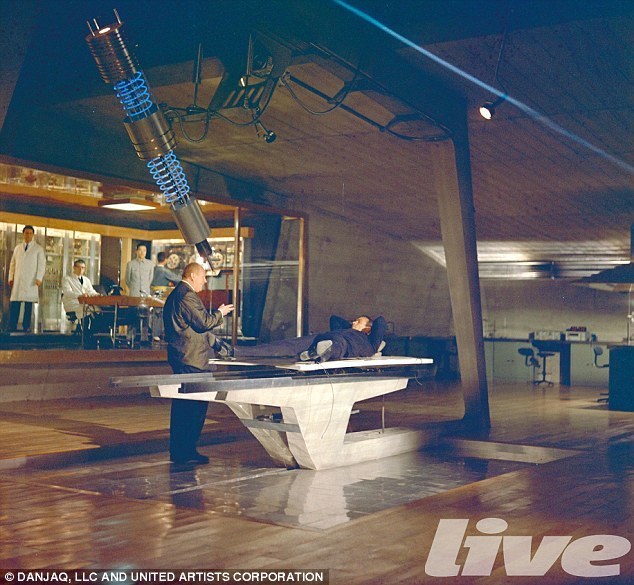 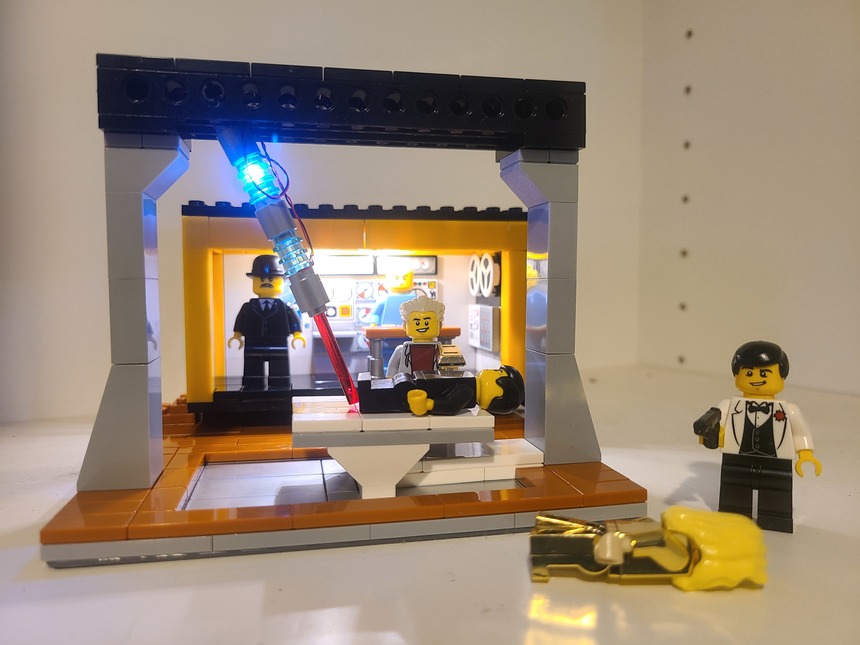 Scene Four is Operation Rock-a-Bye Baby, when Pussy Galore's pilots spray Fort Knox with what they believe to be poison gas. The scene contains no lights, but I'm open to suggestions. 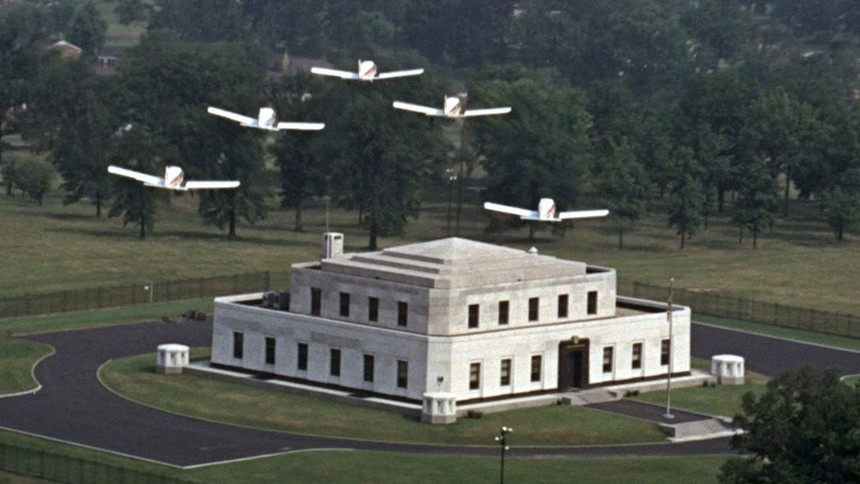 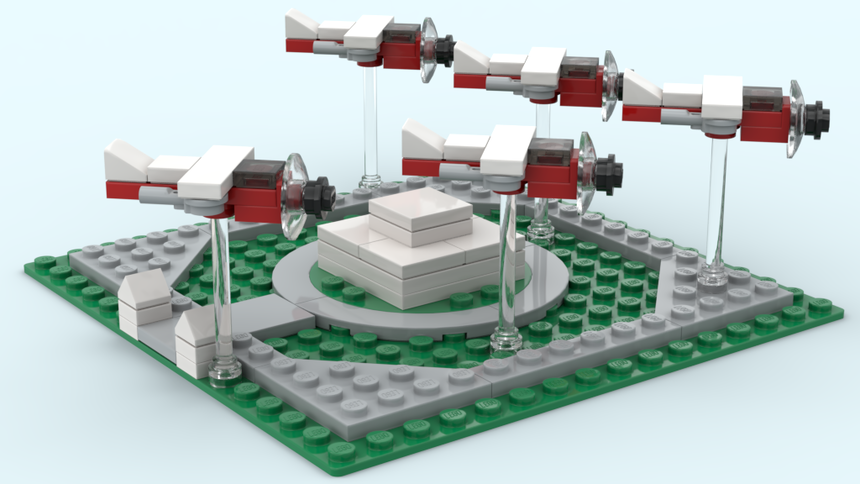 Scene Five is Oddjob's death. Oddjob's bowler will be glued between two of the bars in the door and in Oddjob's hand, and there will be a Brickstuff PICO LED inside the hat. Another Brickstuff PICO will come out of the left side of the vault, and 007 will be applying it to the bars on the left door, electrocuting Oddjob. The two LEDs in the characters' hands and two more in the ceiling will be attached to Brickstuff welding controllers to give it that electrifying effect. 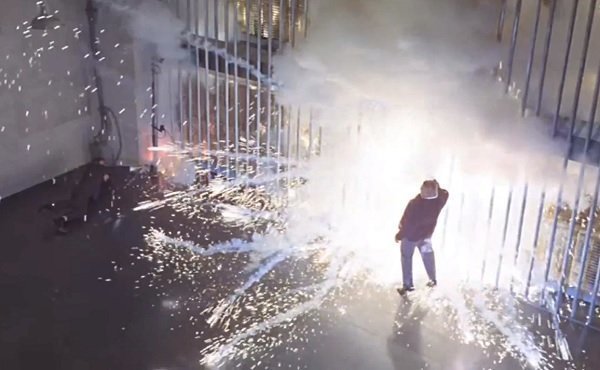 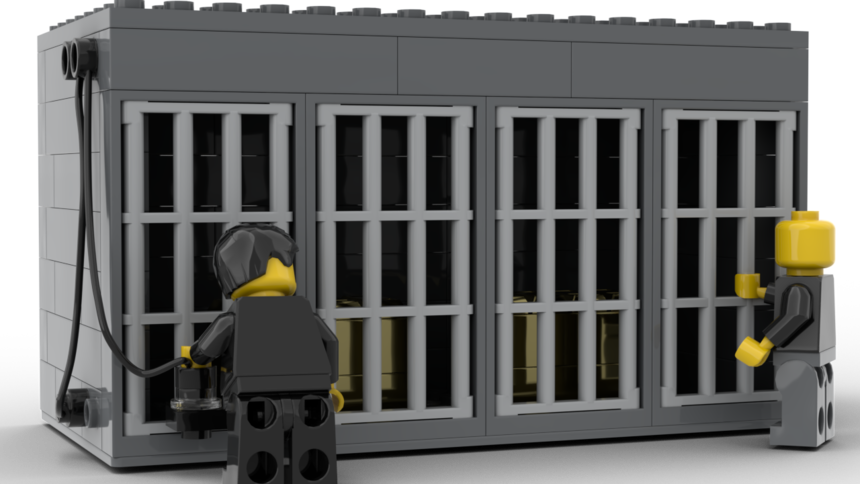 Scene Six is the atomic bomb. Brickstuff's single-function LEC is the bomb, mounted inside the cabinet on top of transparent 1x1 round plates, which are lit by the LEC. Visitors can try to "defuse" the bomb by press the button and turning the knob to change the lighting effects. 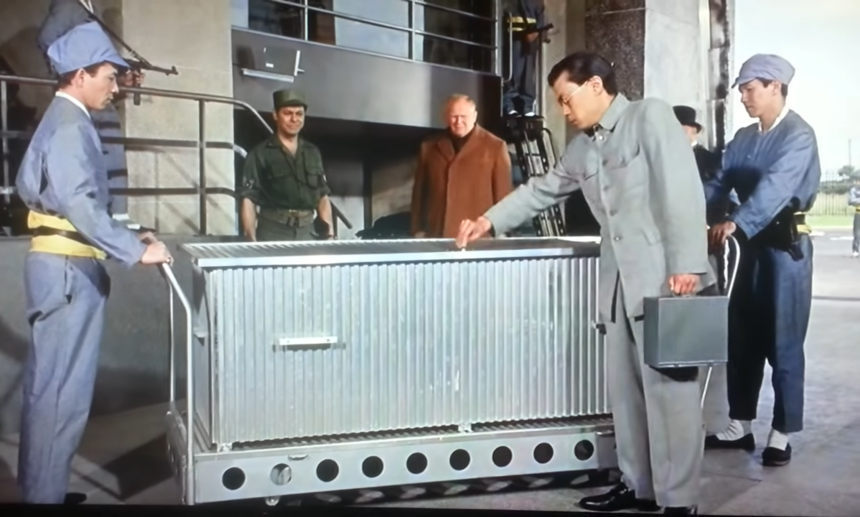 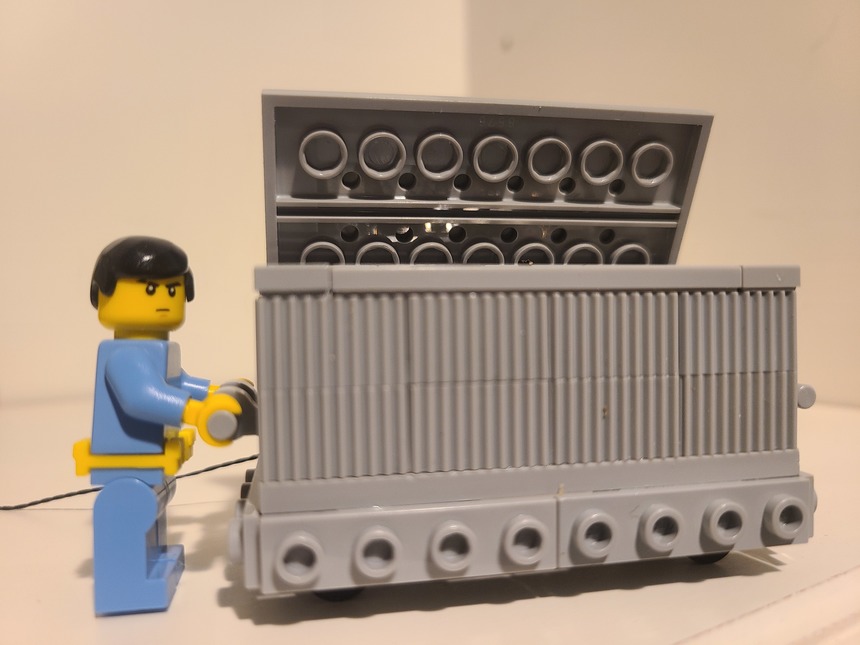 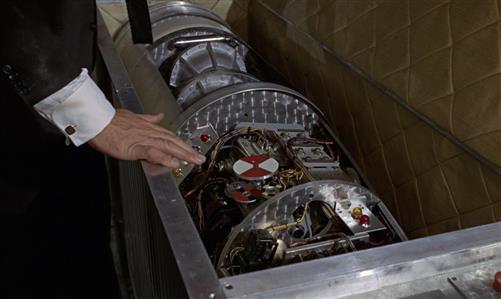 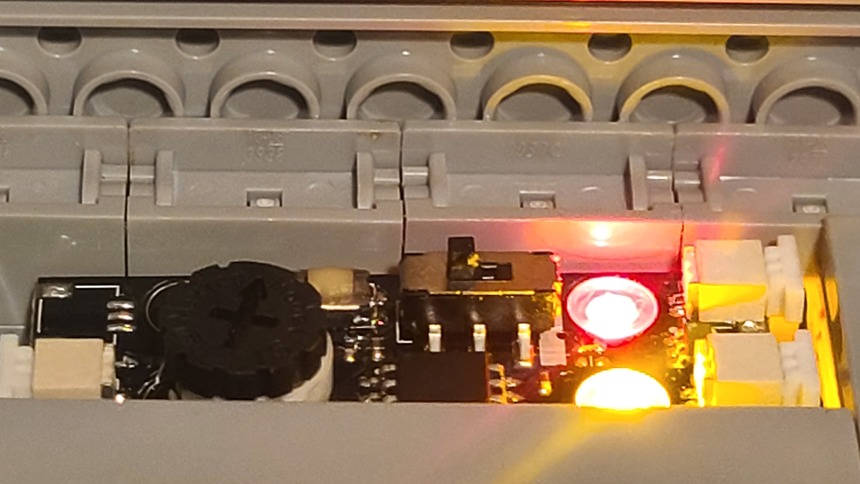