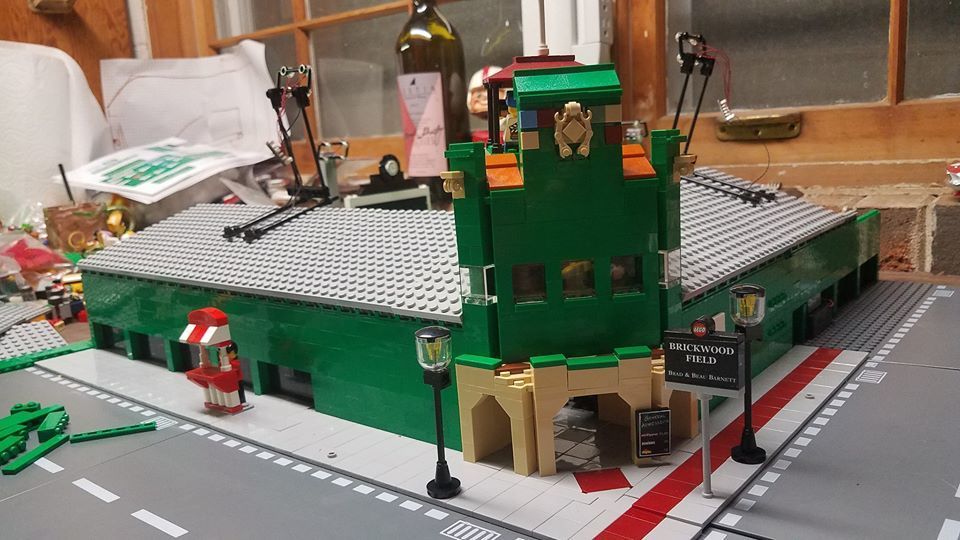 The oldest baseball stadium in America, Rickwood Field, is in our city, so my son and I have decided to build a LEGO version of it. We call it Brickwood Field, and its grand unveiling will be June 8 at the Rickwood Classic before going to BrickFair next January.

We're having fun adding Brickstuff lights, and I thought I'd post a little about the project here. 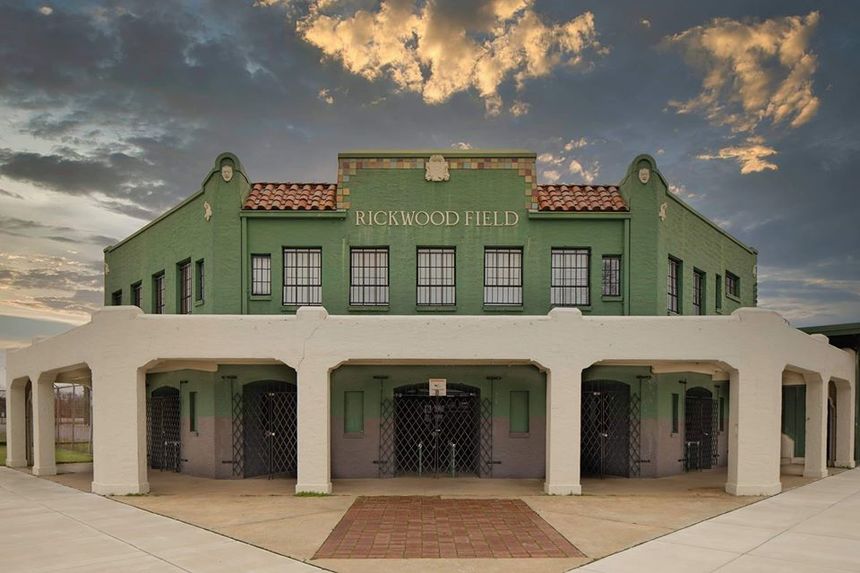 Rickwood Field's first opening day was August 18, 1910. As home of the Birmingham Barons and Birmingham Black Barons, she hosted more than 100 baseball hall of famers including Ruth, Aaron, Gehrig, Banks, Berra, DiMaggio, and Ted Williams, as well as Jackie Robinson and Ty Cobb, both of whom had movies about their lives filmed here (42 and Cobb, respectively). In 1948, a 16-year old local kid named Willie Mays led the Black Barons to the Negro League Championship. 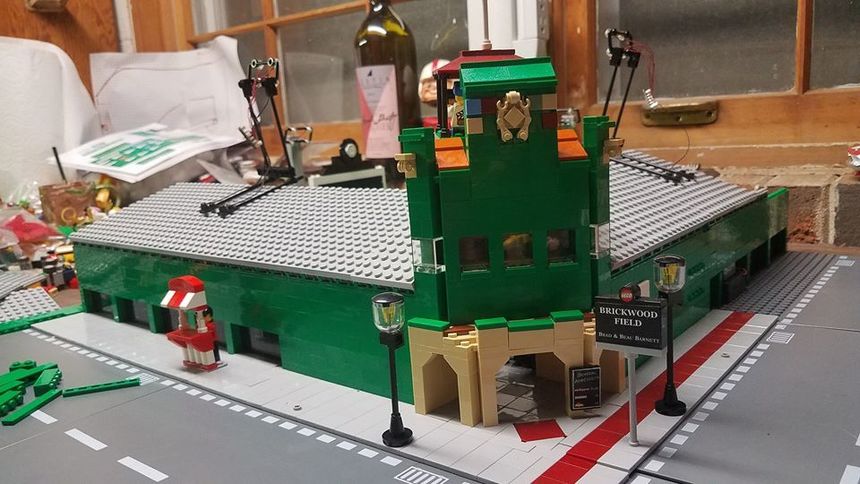 Today she's on the National Register of Historic places and serves as a museum. She's also the home field for the Miles College baseball team and hosts the Rickwood Classic, an annual matchup between the Barons and a Southern League opponent.

One of my favorite things about Rickwood is this team manager's office. 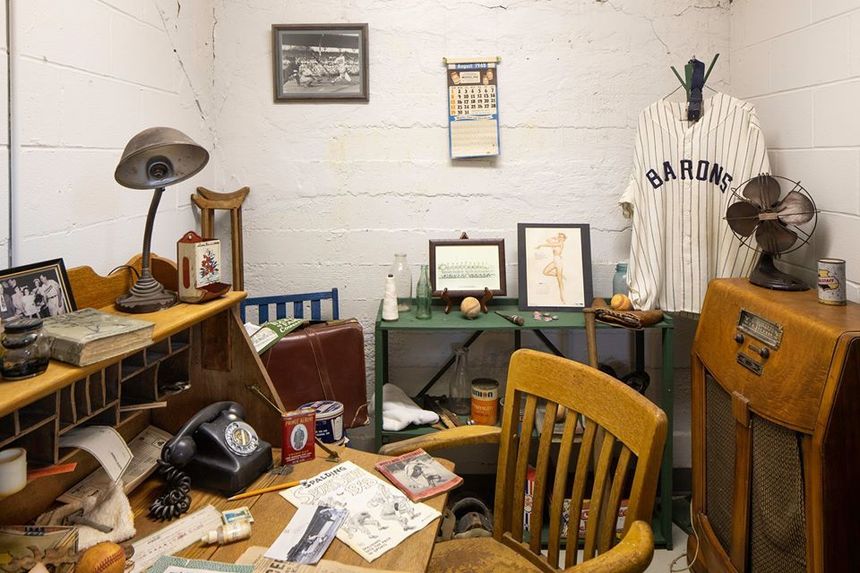 I recreated the office with a desk, chair, radio, and coat rack, and a Brickstuff lamp, and placed it on the second floor of the entrance building, but the room is too small for the radio and coat rack and the height of the desk and lamp are throwing off the proportions of that building as you can see in the first two photos above. I love the office, and I'm hoping I can relocate it somewhere else within the build. 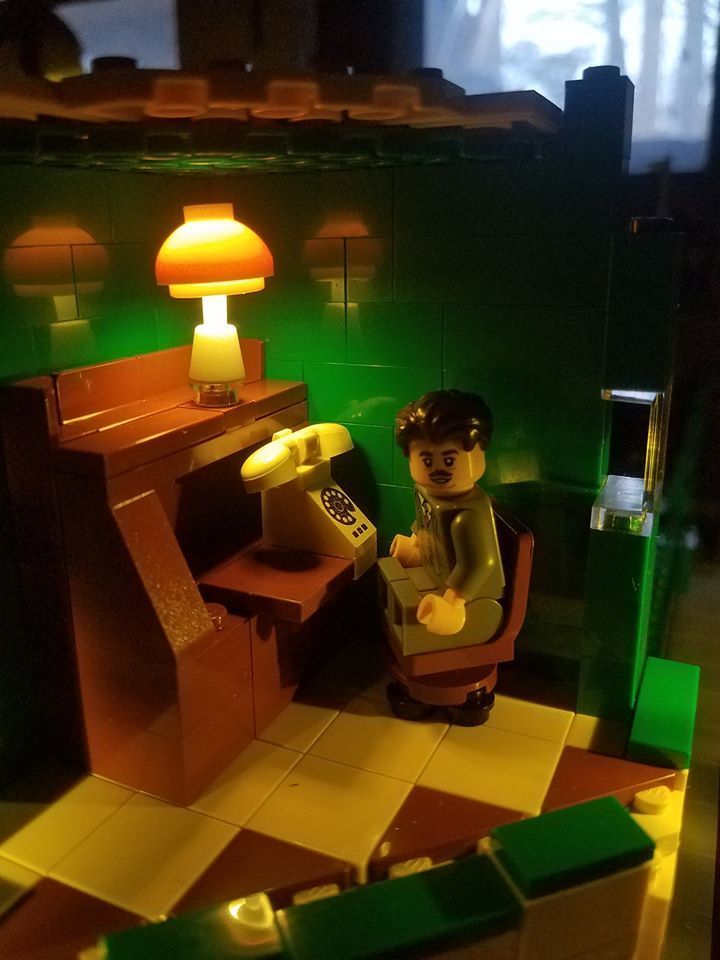 As it sits now, the lamp is powered by a Brickstuff coin cell battery which I mounted to the ceiling of the entryway. It's on its own power source so I can leave it on throughout an event without turning on the stadium lights. You can see the small black box just above the yellow bleachers on the left side of the stadium in the photo below. 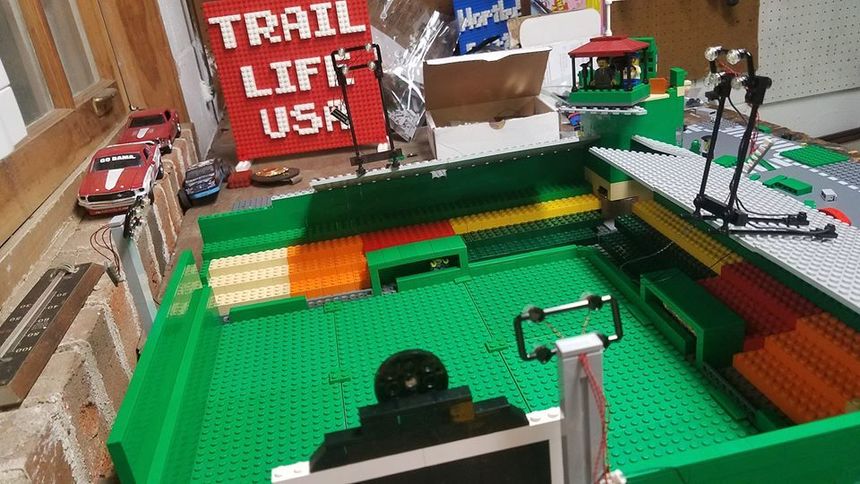 Also on that same power source will be the Brickstuff sound module. I think I'm going to mount it to the bottom of the roof, pointed down through Technic plates with the holes in them. Chris Stewart, who does basketball and baseball play-by-play for the University of Alabama, has agreed to record some custom audio of the home team hitting a walk-off grand slam using LEGO-ized names of famous ballplayers like Brickey Mantle, Pry Cobb, Ken Brickey Jr, and Tile Schwarber. You can see "Brick" Stewart in the cupola press box above the stadium. My son and I will get to meet him and show him his LEGO doppelganger at the basketball game this Saturday. 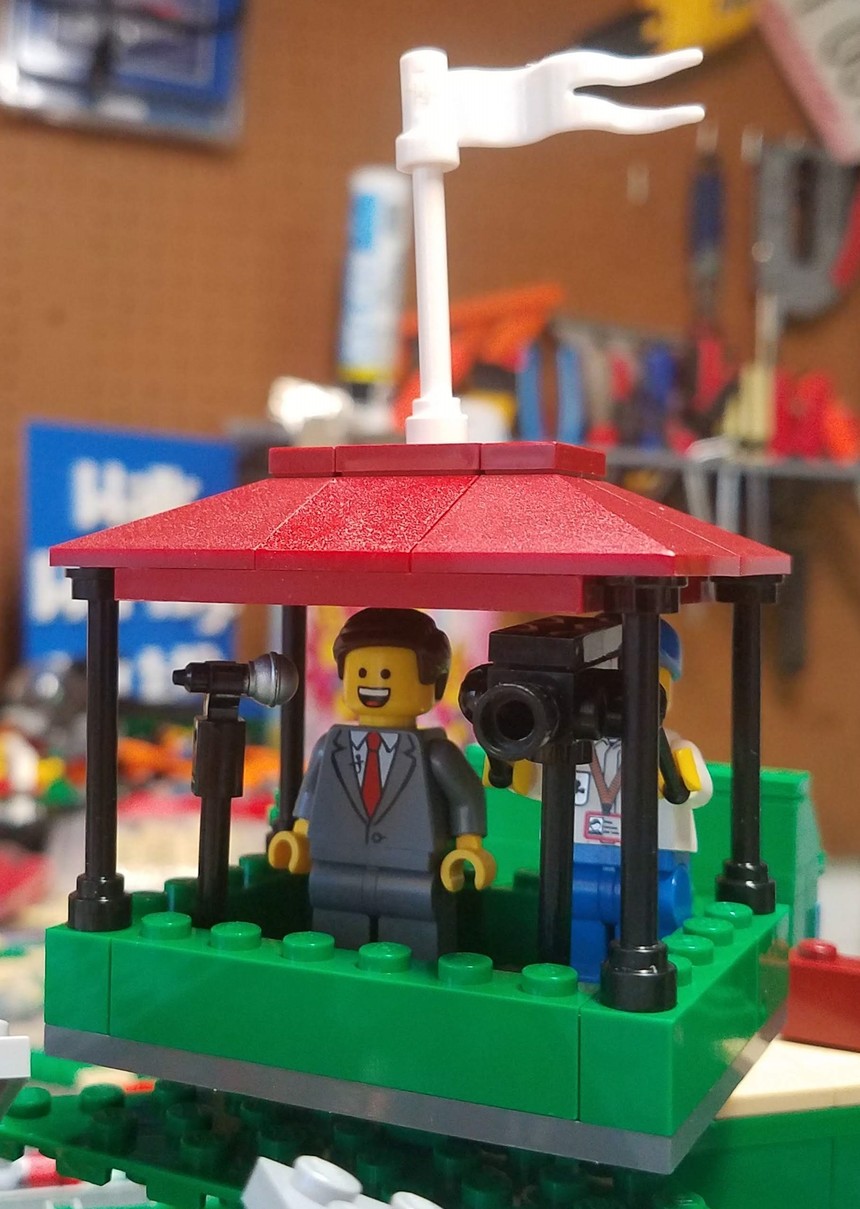 Outfield lights were added in 1936 but were rarely used. When a bulb goes out, it gets a period-correct replacement.  The lights above the bleachers are on these precarious stanchions. 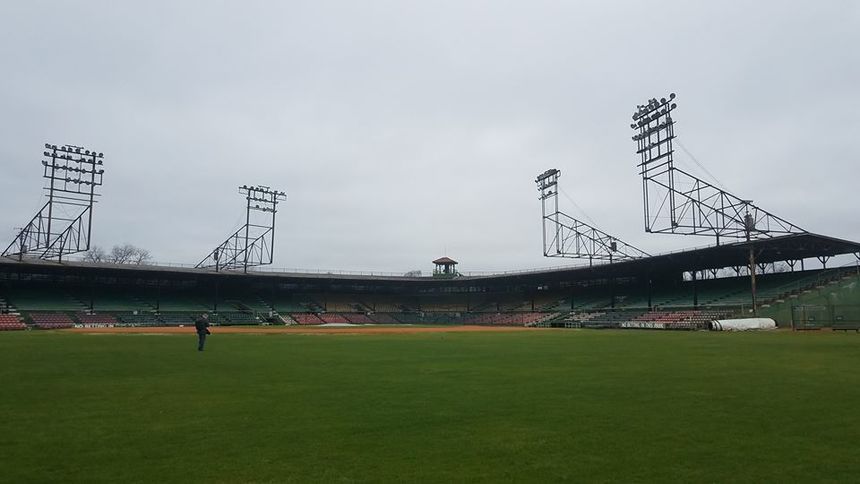 I've recreated them in LEGO with Brickstuff's warm white LEDs. They give the field an awesome nostalgic glow...I'll post photos of that when I get the field complete and players on it. Unfortunately, I miscalculated the length of the wire I'd need and I need to replace all 16 on 3" wire with 6" wire for a cleaner installation. The wires for the bleacher lights will run on the underside of the roof. 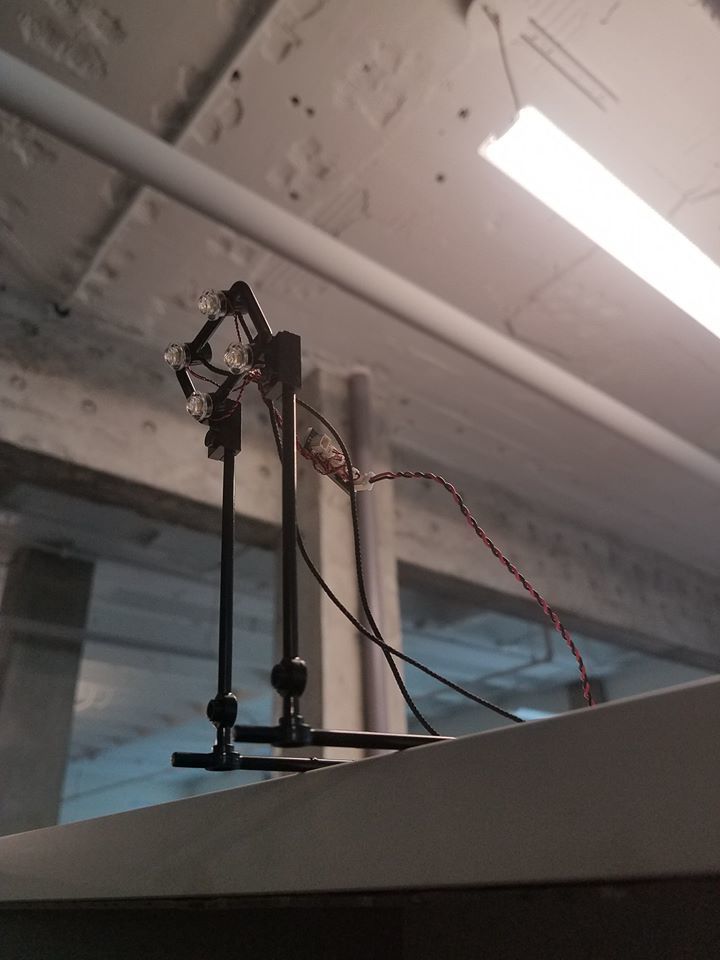 The stadium lights are powered by a 3-AA Brickstuff power source that I installed underneath the bleachers on the first base side. It connects directly to a Brickstuff 1:8 Expansion Adapter with Large Plugs, which is also under the bleachers. You can see the power box protruding out here: 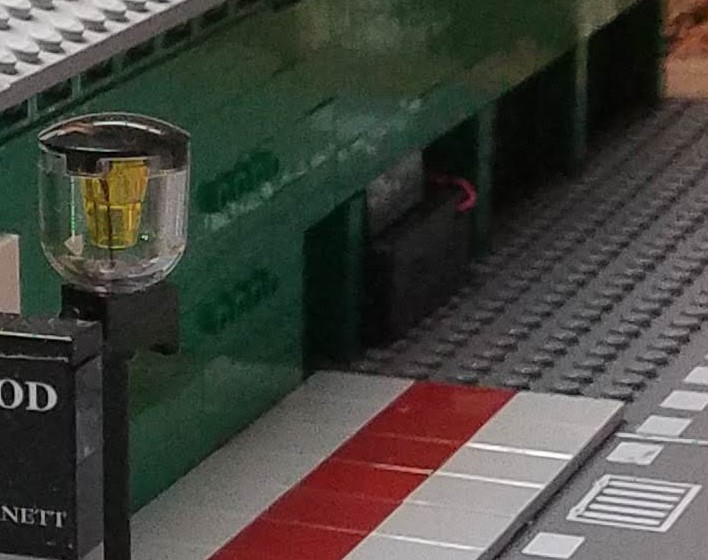 I think it blends in pretty well and the switch is easily accessible. I do wish the box was like 1mm shorter and that the switch was on the end so it fit a little better within a build.

The street lights are also on that same power source. The wires are run under the bleachers and tiles in the entrance out to the sidewalk. 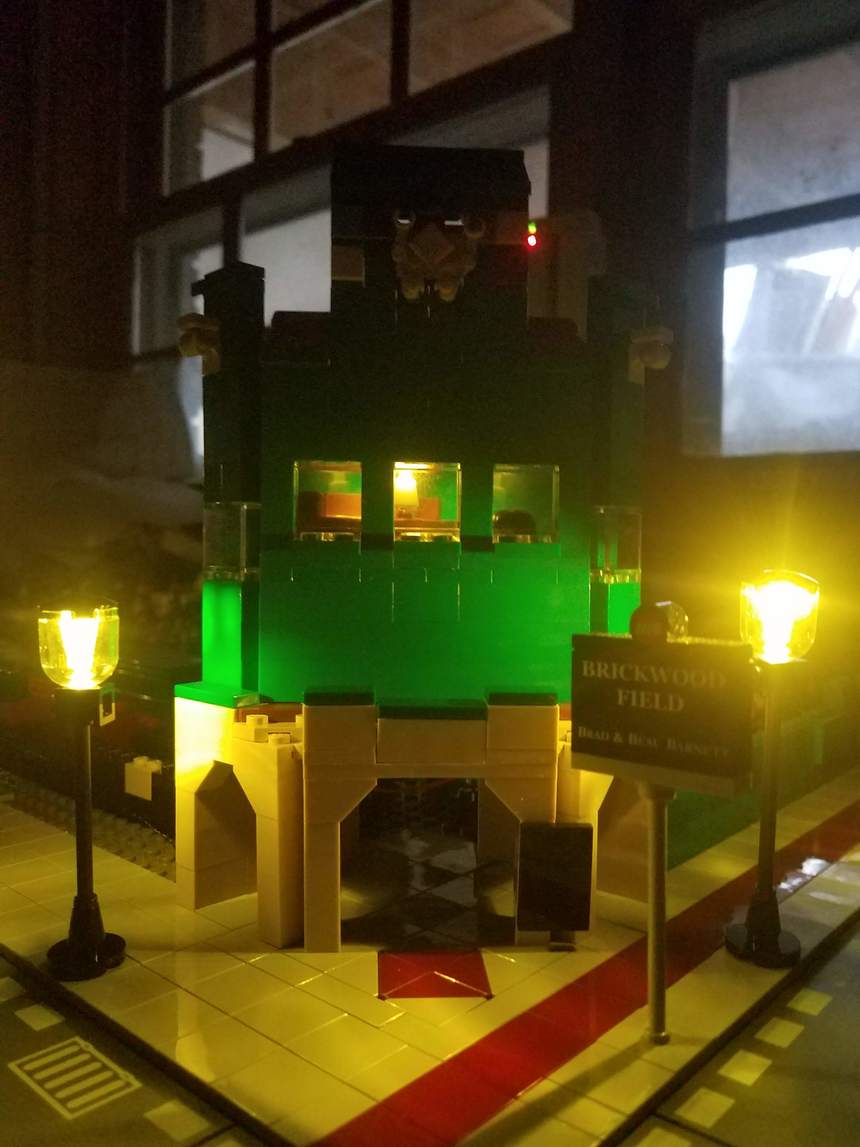 The outfield lights, also on that 3-AA box, are wired under the field with 24" extension cables. The field is not attached to the stadium, so I just have to unhook two cables to make this nine-square-foot build more manageable for transport. 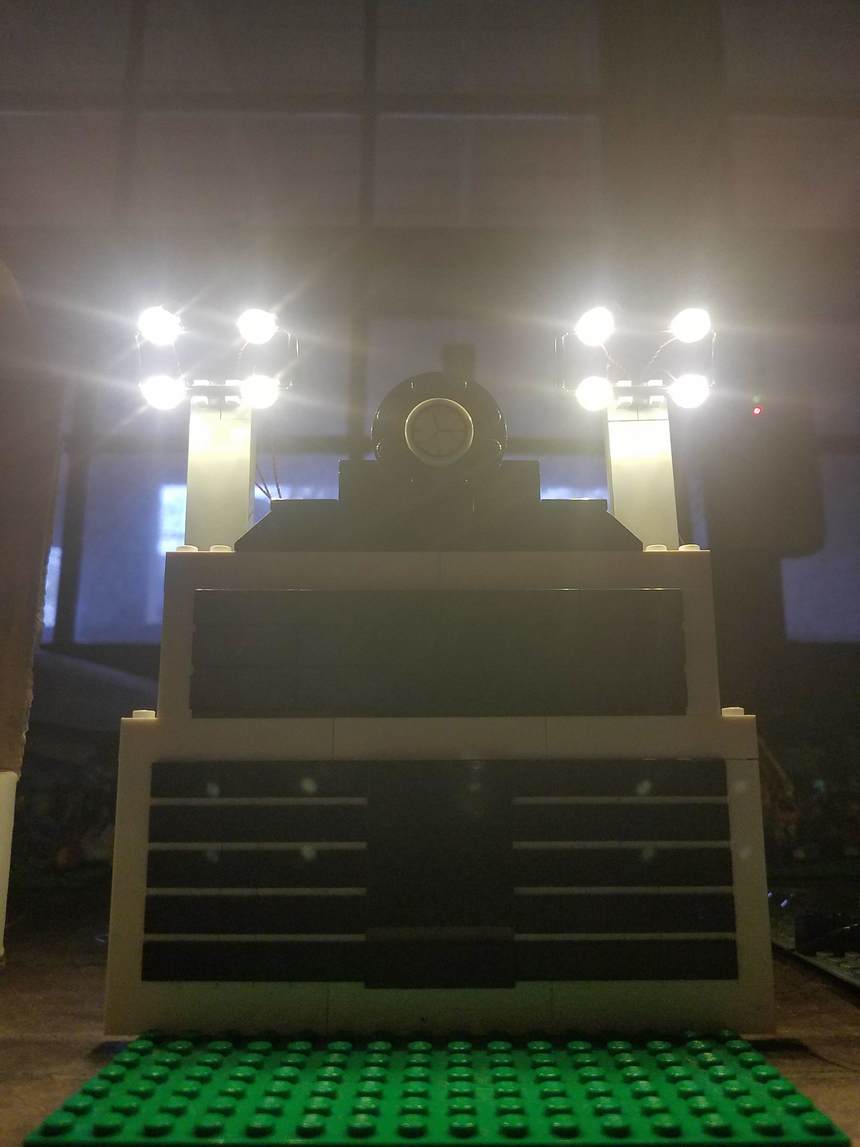 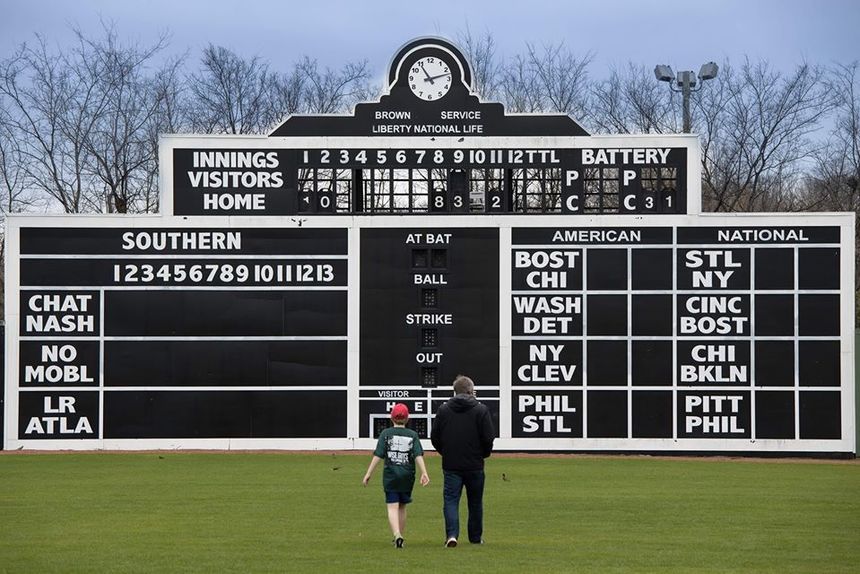 My son and I. (c) Art Meripol Photography 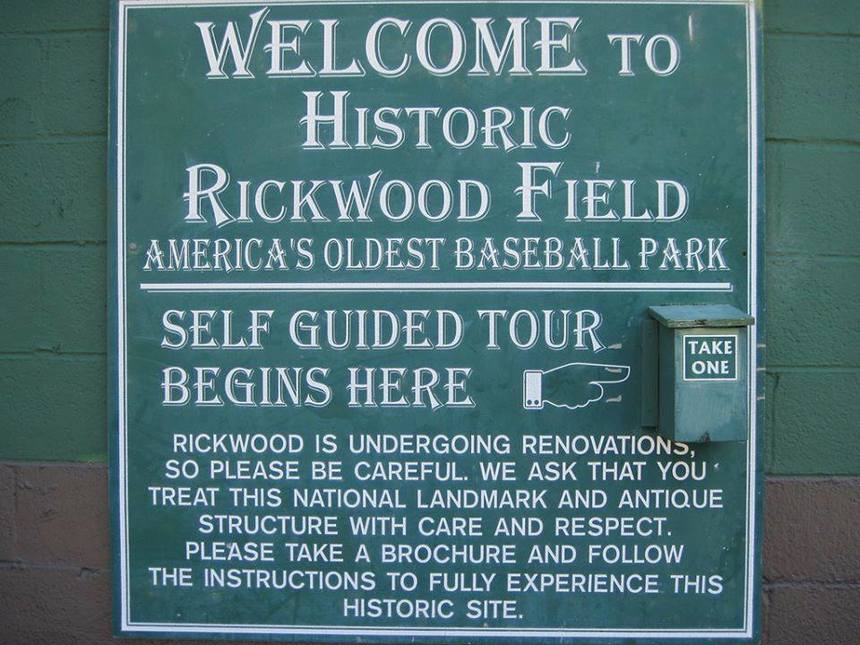 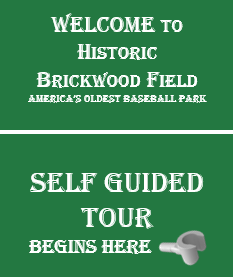 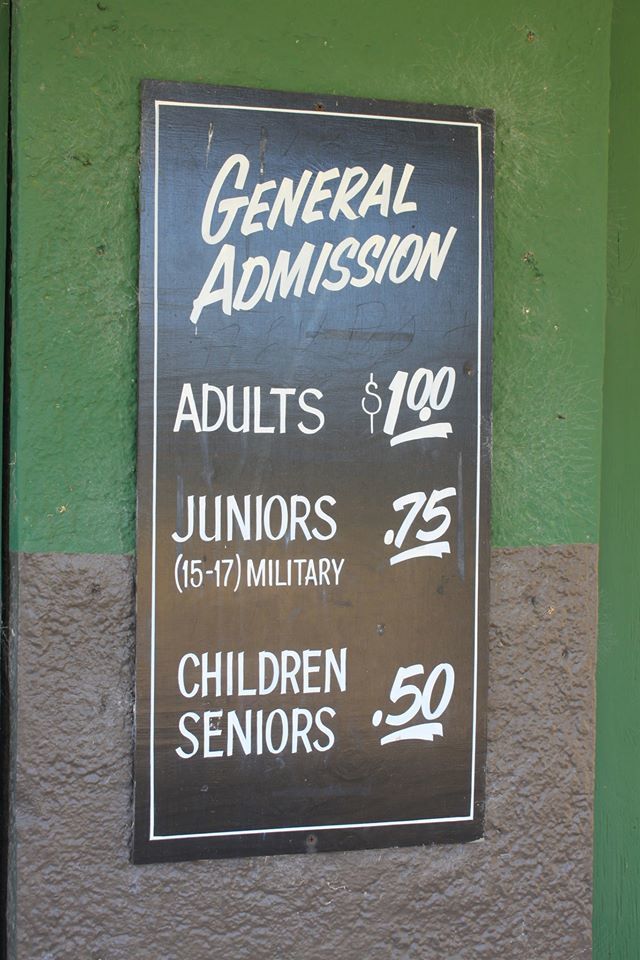 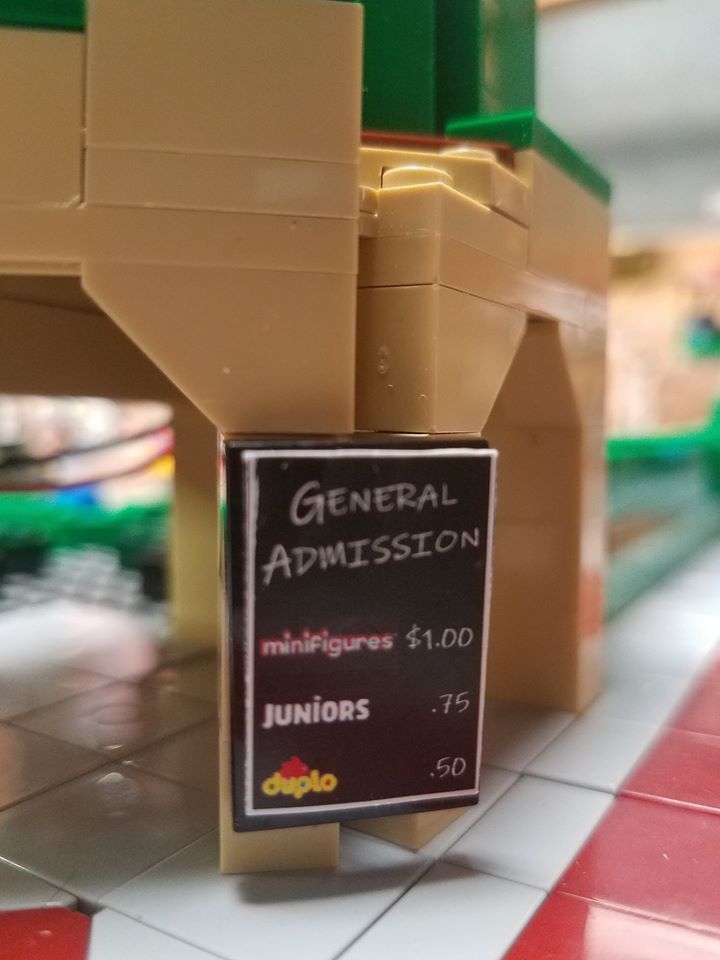 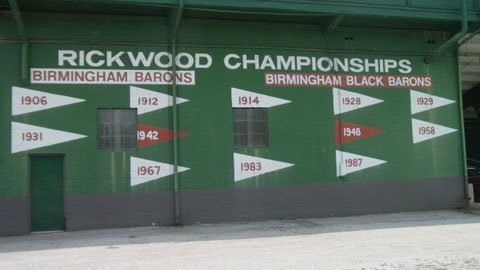 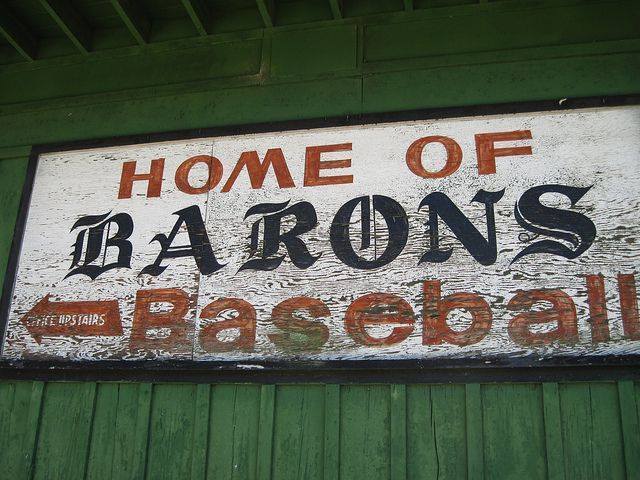 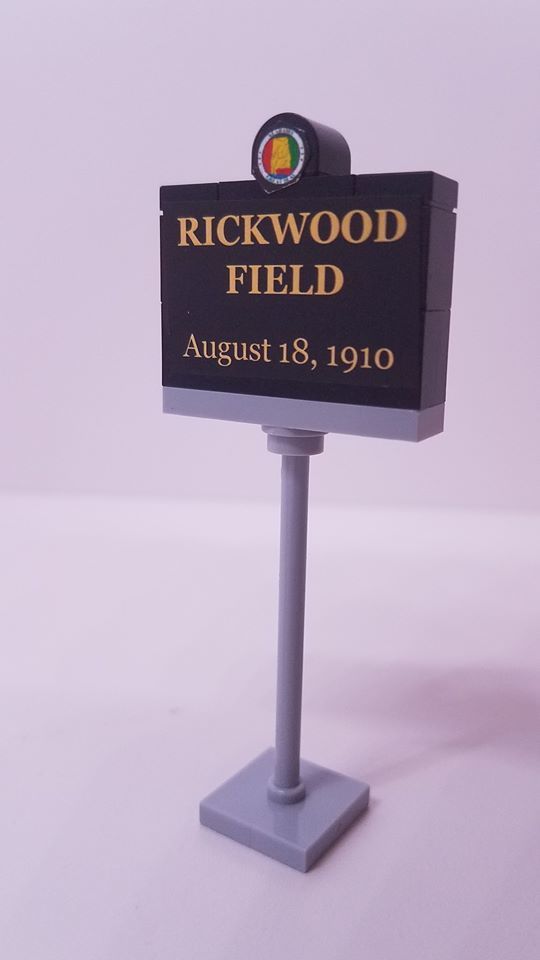 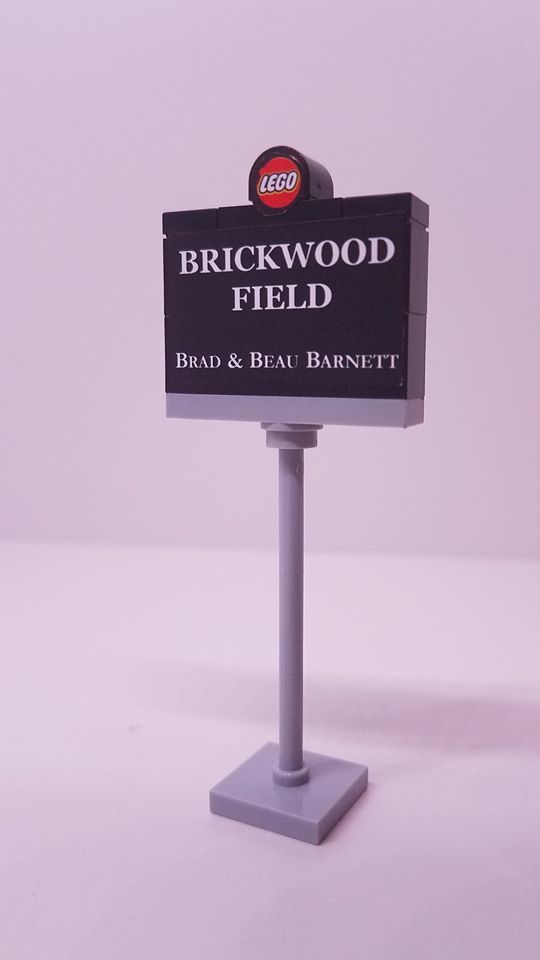 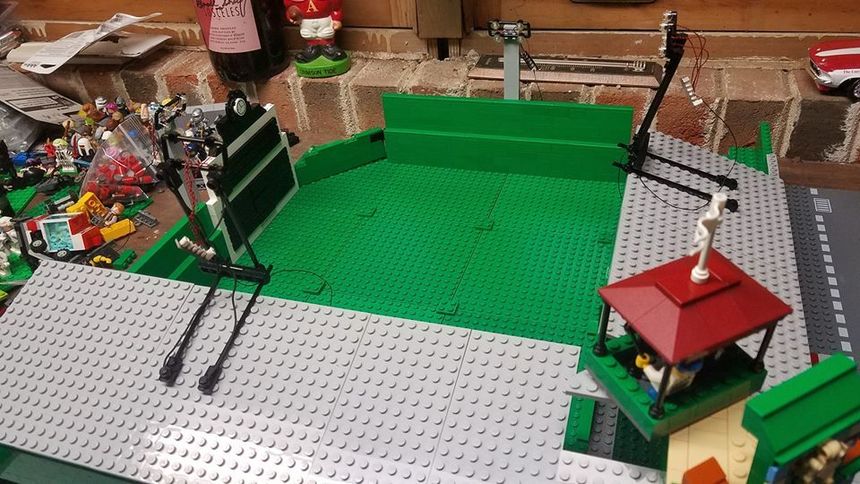 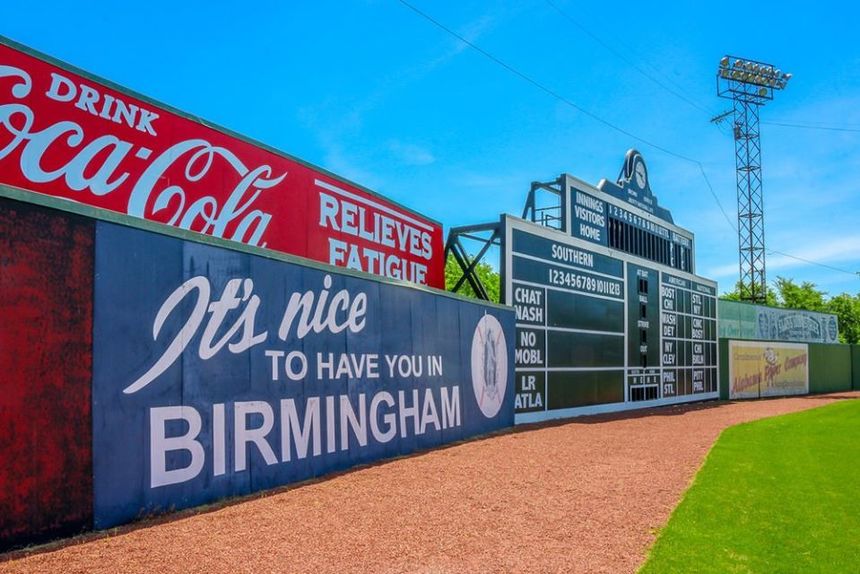 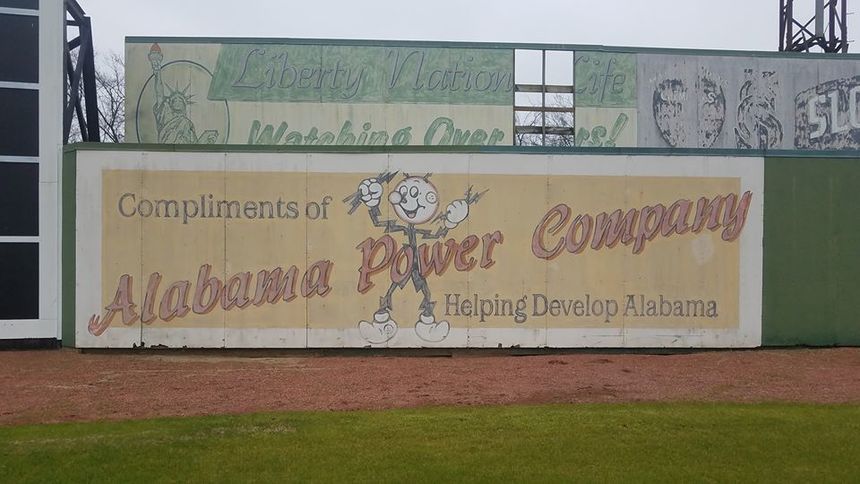 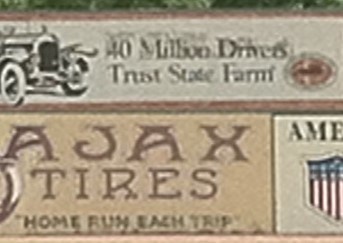 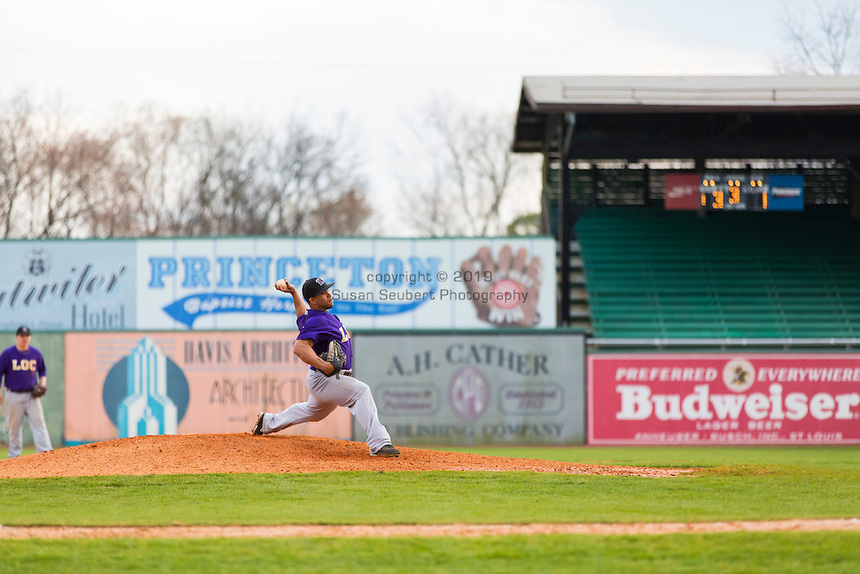 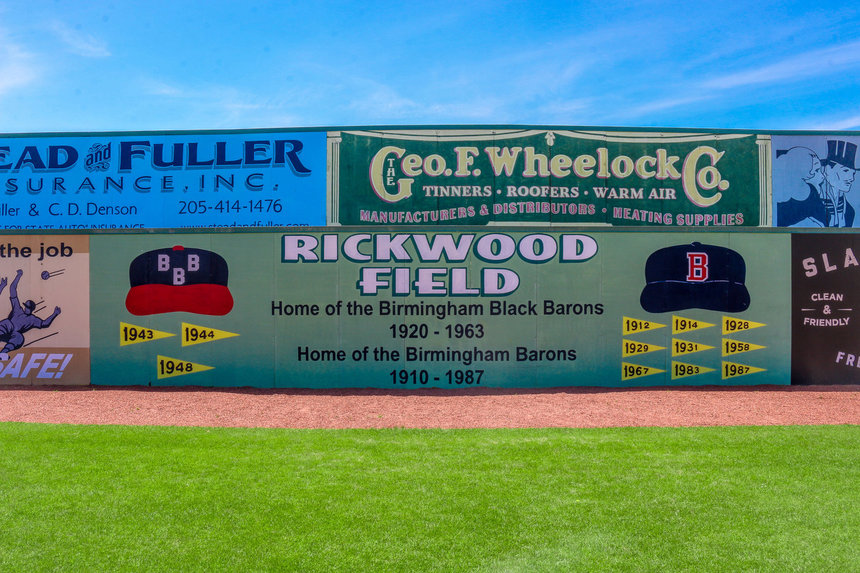