We've had several questions about how to light up the headlights and tail lights in the LEGO Technic Corvette ZR.  We don't have the model in our shop, but looking at the build instructions, you should be able to light it using our Pico LED Starter Kit.  That kit has six Pico LEDs, and the car looks like it needs six:

You could fit two of the Pico LEDs under the trans-clear parts in Step 121: 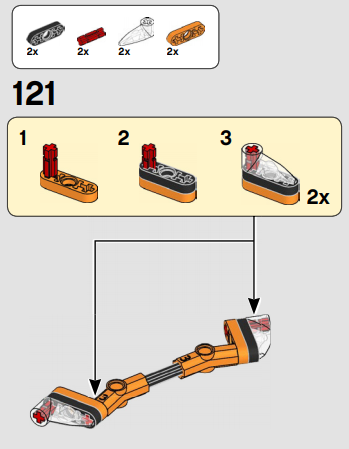 Later, in Step 193, place four Pico LEDs between the studs under each of the trans-red tiles that make up the tail lights: 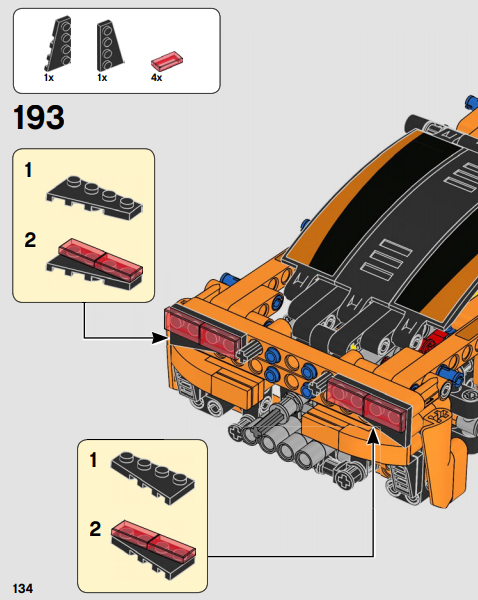 It will be a tight fit, but the Pico LEDs will go between the black studs, and you can press-fit the transparent red tiles on top, loop the LED wires either under or over the black wedge plates, then run the wires inside the car.

The Starter Kit also includes a battery pack and the adapters needed to connect everything, so you should have everything you need inside the Starter Kit to light the car.

Those of you who have the model, what do you think?  Would this be the best approach to lighting the car, or is there another approach you'd recommend?  Let us know!