Over the years, we've had growing interest from Arduino users to control our LEDs and other products using an Arduino Uno.  We're happy to announce that we will soon be releasing a full shield with plenty of built-in features:

We're currently assembling and testing the first beta version of this shield.  Stay tuned for more information-- we hope to have the shield up for sale in our webstore this summer.

Here's a peek at a rendering of the beta 1 version of the shield: 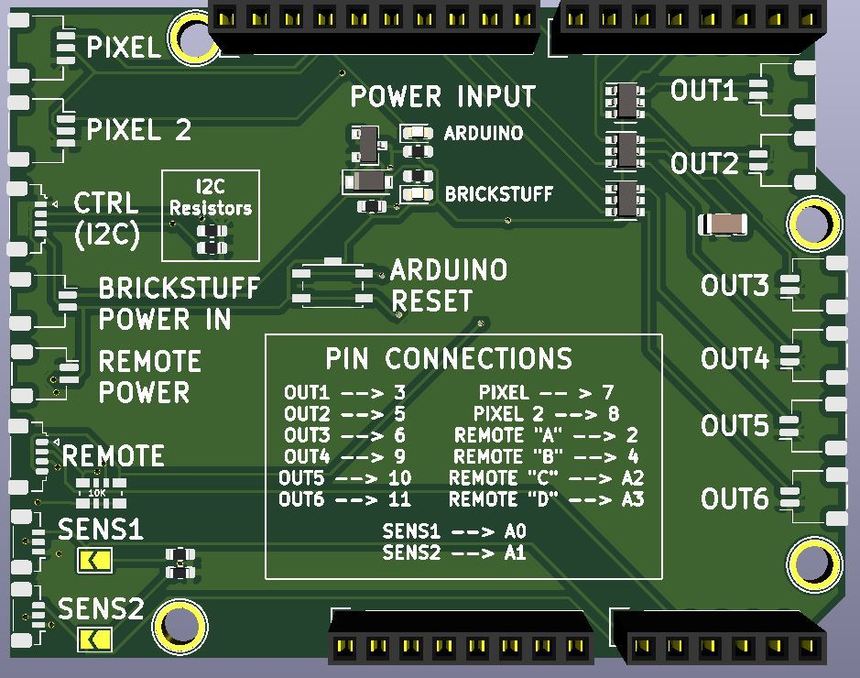 Stay tuned to this thread for more details.