Ever since recreating KiwiRail's Northern Explorer in brick form, I wanted to light up the interior and give it tail lights as well, to match the locomotive (generally) hauling the train.

The plan was to put the power supply in the viewing car to be prototypical with the real thing, and pass power through the train with removable connectors so the train could be separated (unlike an earlier project where the train is now permanently coupled). After a bit of research I settled on a Powerboost 1000 Charger from Adafruit to power the system, coupled with a 1200mAh battery (the largest that would fit). This also gives the option of USB charging so the battery doesn't need to be removed.

Here's a few photos of the train in action (along with a Brickstuff holiday lamp on the station platform): 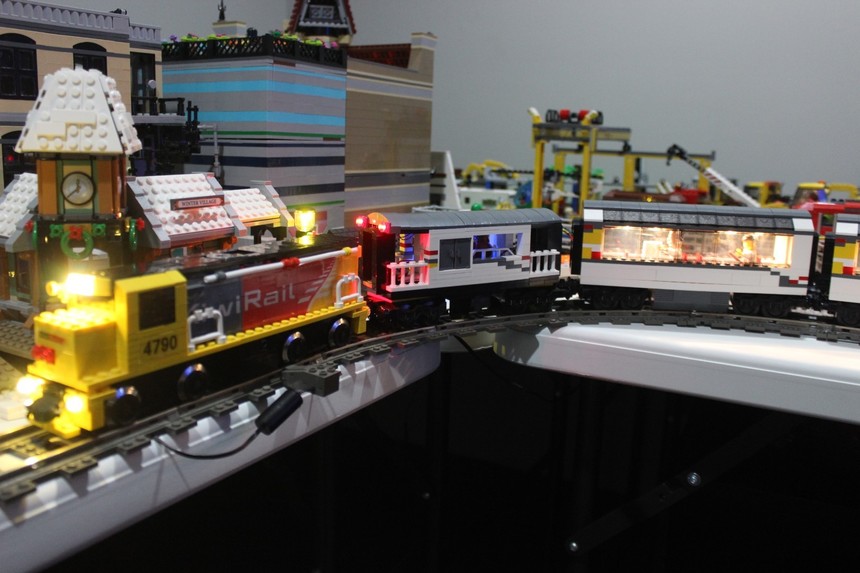 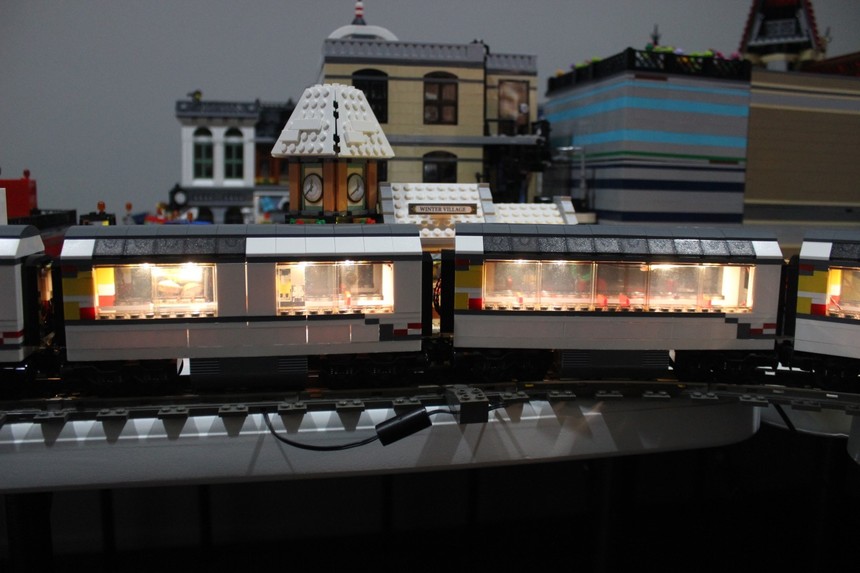 Complete with tail lights on the luggage van at the end of the train as well! 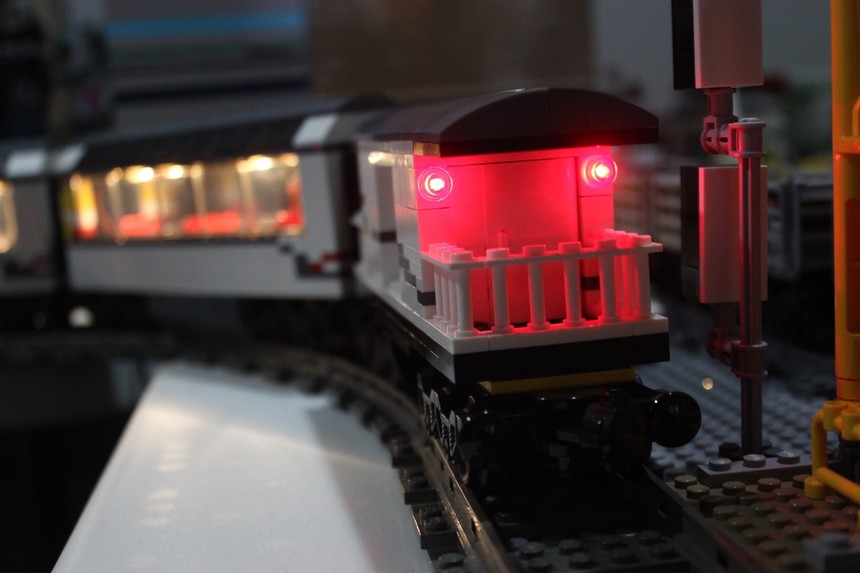 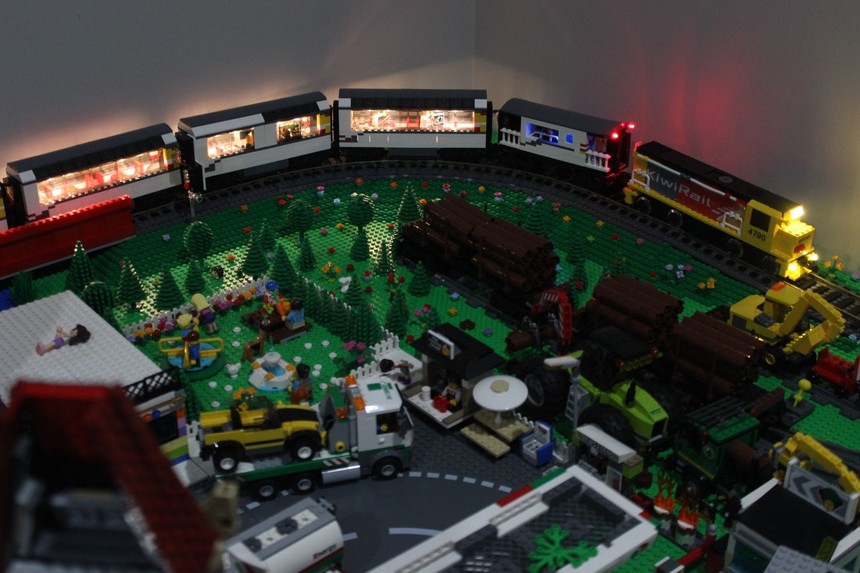 Passing the other way down the hill towards the mall station (the embankment hole is still being built, awaiting parts) 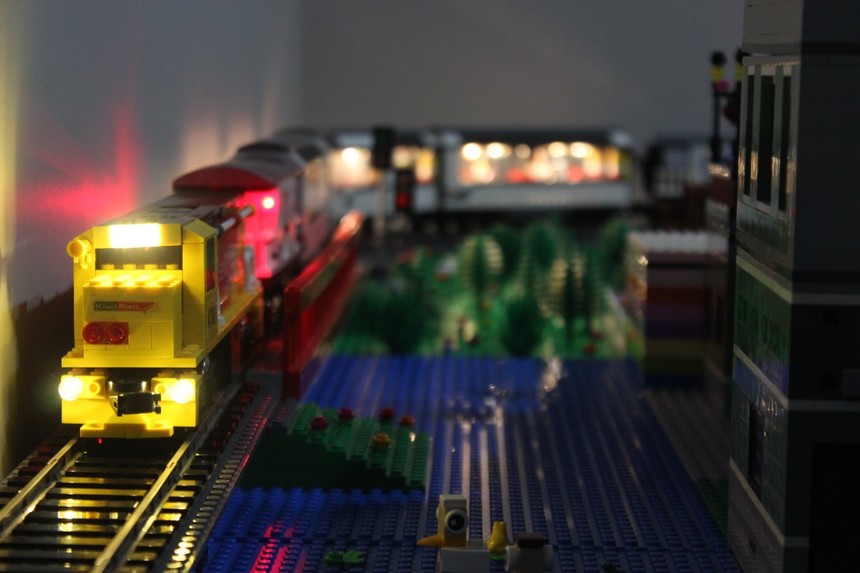 Now here's some photos of how it all works. Here's the main power supply, the viewing car (the real van also houses a generator). This is also fitted with tail lights so both ends of the train has them. 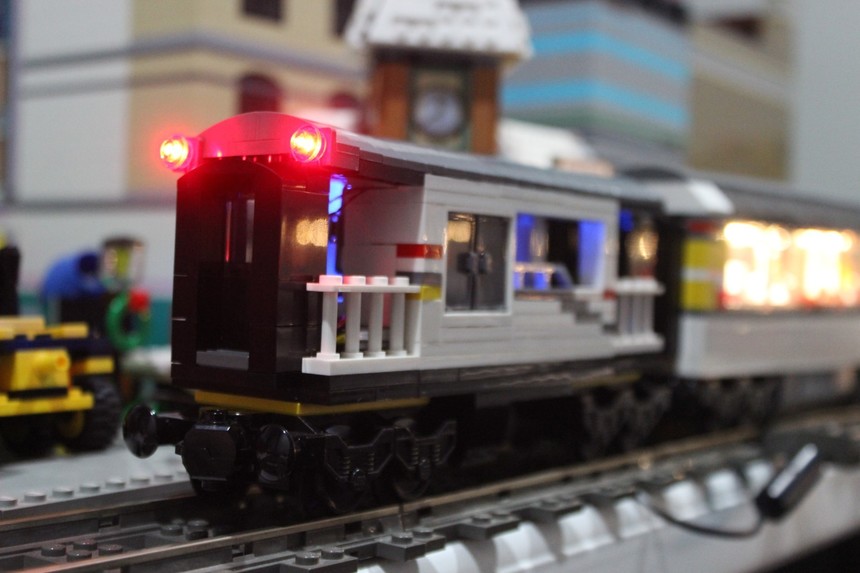 Taking the roof off reveals the internal wiring and power supply. 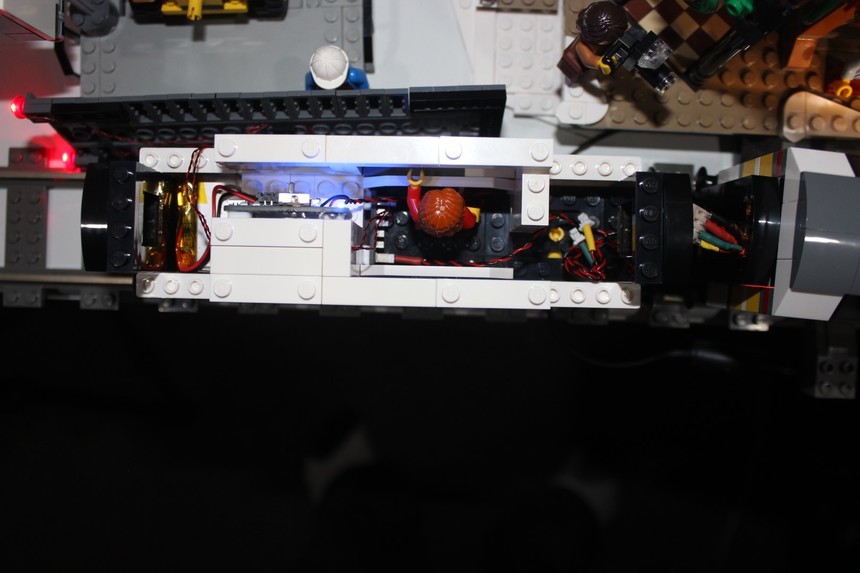 The heart of the system, an Adafruit Powerboost 1000 Charger, connected to a 1200mAh LiPo battery. This has a Brickstuff DIY cable soldered to it for output power, and a USB connector on the other end to recharge the battery (lights can also still run while charging). 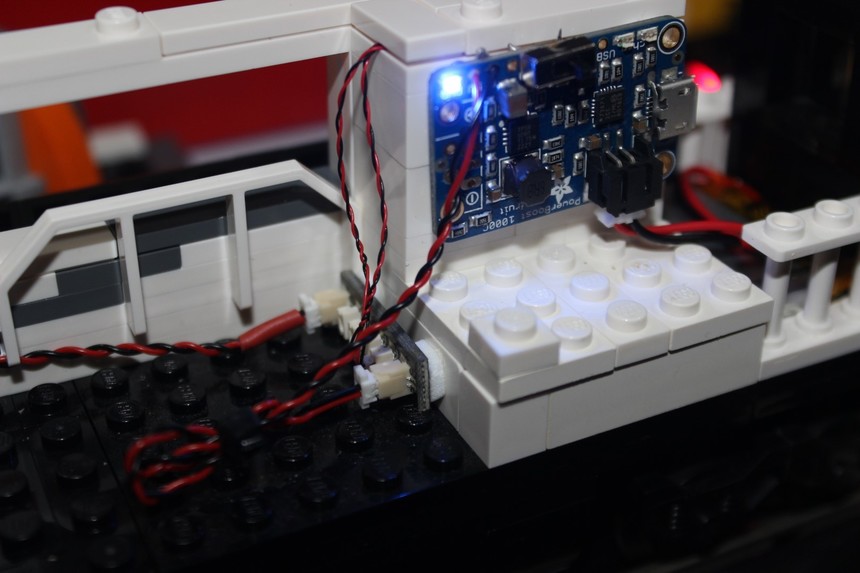 Taking the doorway off the locomotive end reveals the battery hiding under the floor - it's barely visible when running around the layout. 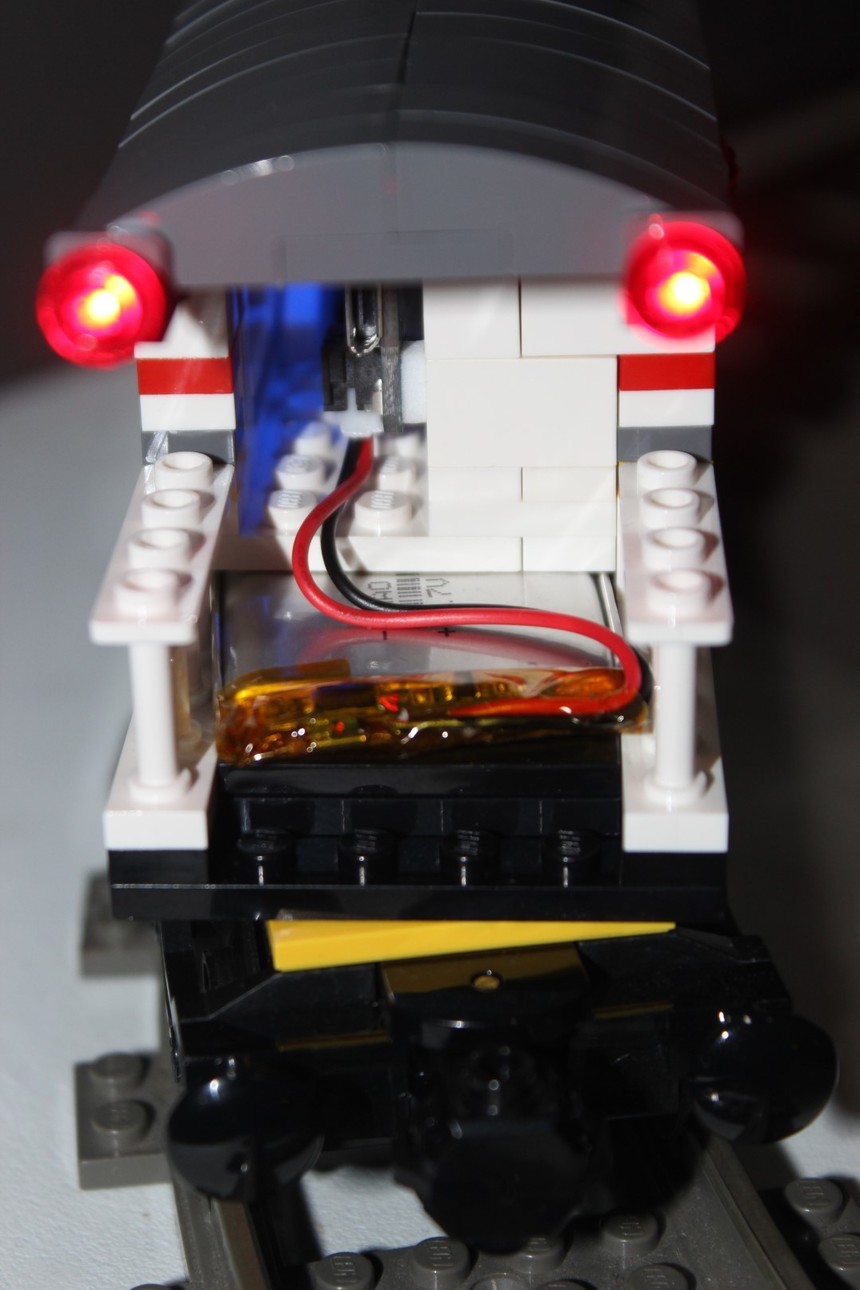 This is the current solution for getting power between carriages. Using a 4 pin connector allows for three lighting channels through the train, meaning I can have directional headlights and tail lights as well with other trains if I choose to. (The two unused channels are just passed through on the carriages and left disconnected on the viewing car.)
I'm not fully satisfied with this solution though as the plugs are quite large, and get stuck in the doorways on S curves. The wires also have a tendency to pull off, so I may look at getting Brickstuff's 4-pin connectors instead.

That's all for today, there'll be more trains wired up in a similar way over time so I'll certainly be back :)