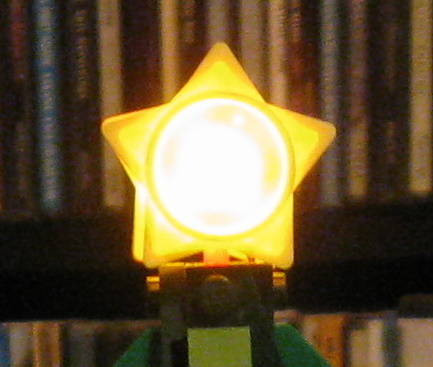 A little project for the holidays. While not as elaborate as the holiday wreath build from a year ago, this MOC design by Dodger3K is charming and somewhat unusual in its construction compared to other Lego Christmas trees I’ve seen. The Rebrickable page is here.  The model stands about 7 ½ inches tall and requires over 540 bricks.

The tree is built in four sections which somewhat resemble a pear quartered vertically. The “ornaments” are 133 1 x 1 round plates. I went a bit wild in choosing colors from my collection of spare Lego 6141 parts. 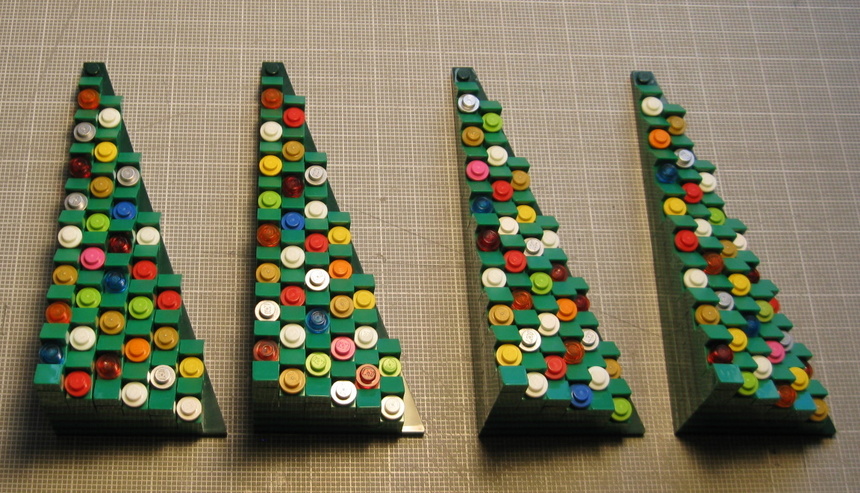 The star on top of the tree is made from two round 2 x 2 2654 plates and two 39611 5-point stars. I chose bright light yellow for the latter and yellow for the former. The designer—very creatively—uses a Lego part I’d never seen before to attach the two stars: a lightsaber blade with cross (21699). 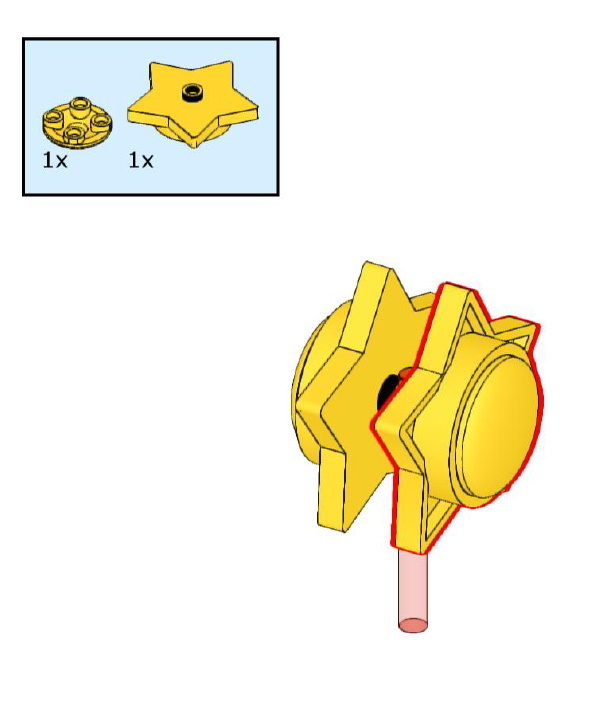 This is, of course, the location for two Brickstuff lights—a flickering Pico for the front star and a non-flickering min-LED for the rear star. The wires from these two lights are threaded through the holes in the rear of the 5-point stars. 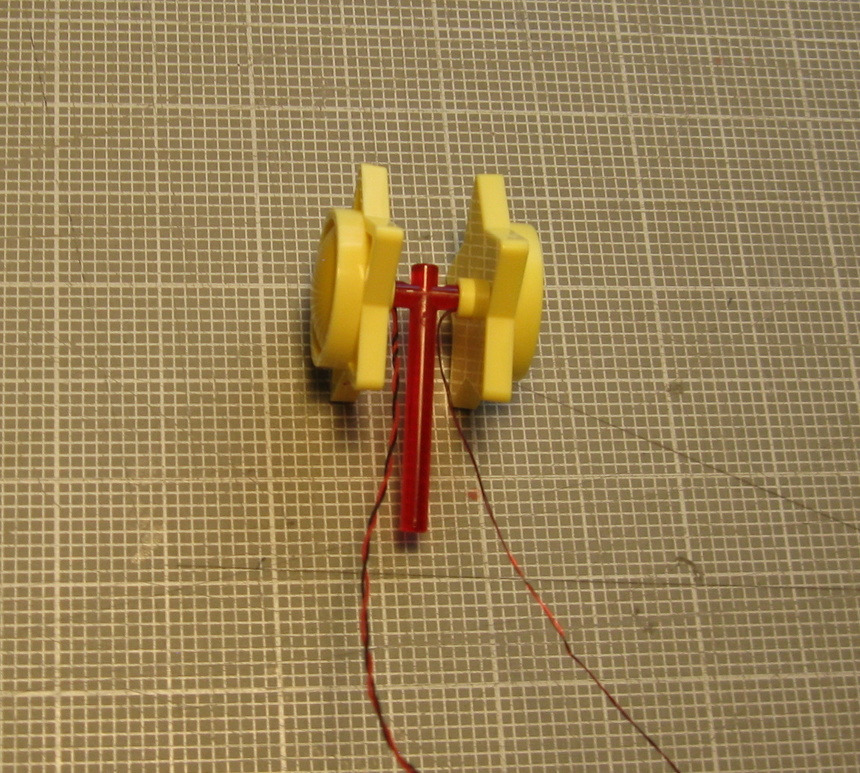 The bottom post from the lightsaber blade in inserted into the uppermost 4733 brick. 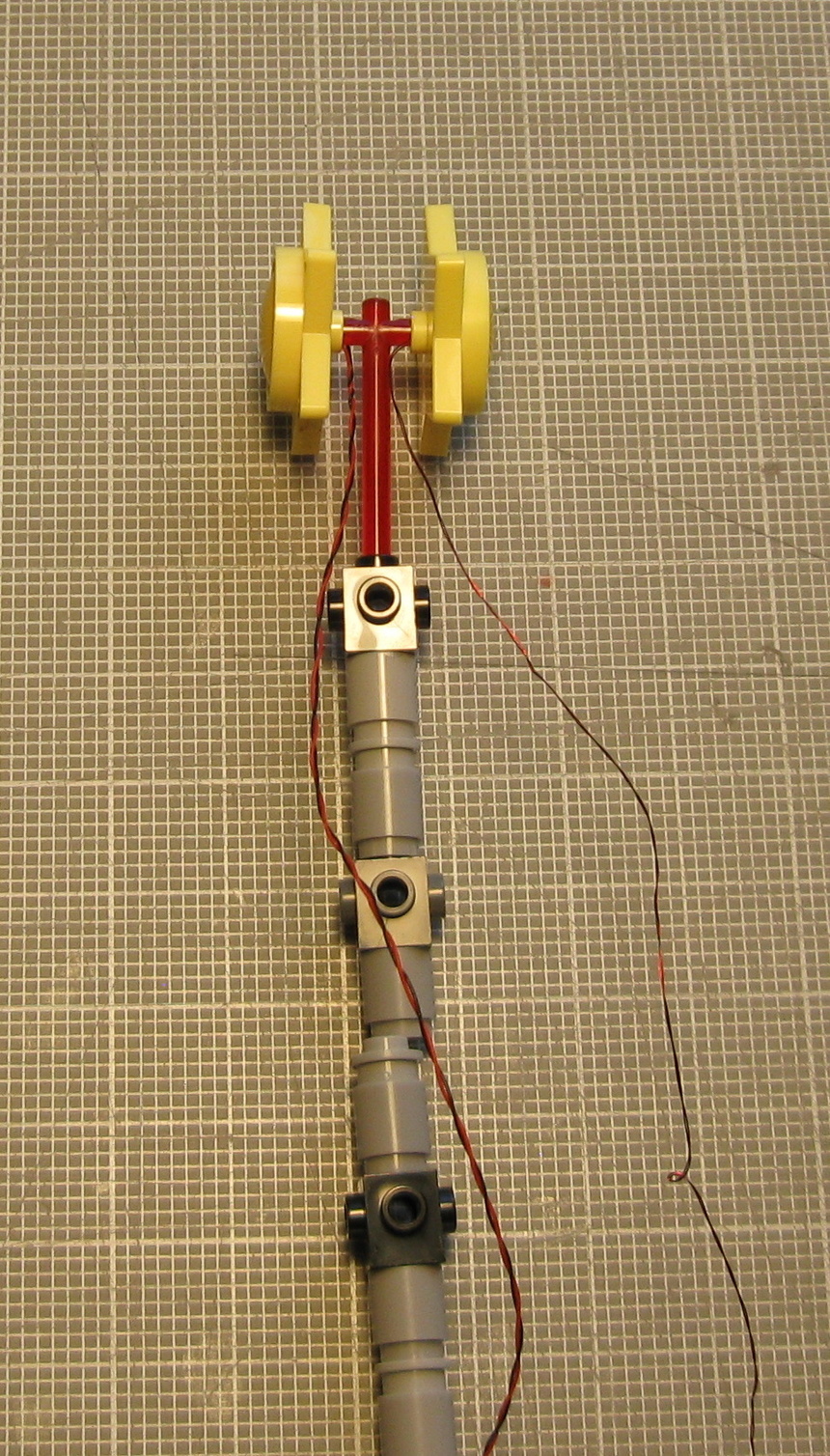 I had some problems getting all four quarters of the tree to stay put if the LED wires were threaded behind them. So, I let the wires simply hang down the rear side of the tree.

One of the aesthetically pleasing results of this four-part tree is that some of the ornaments are seen straight-on and others are seen from the side.

Here are some photos of the completed tree, unlit and lit.  You can see a few more photos at my Google Photos gallery here.  Included is a short video showing the flickering of the front Pico light. I wish my small camera could better pick up the flickering.  Ah, well.  Merry Christmas! 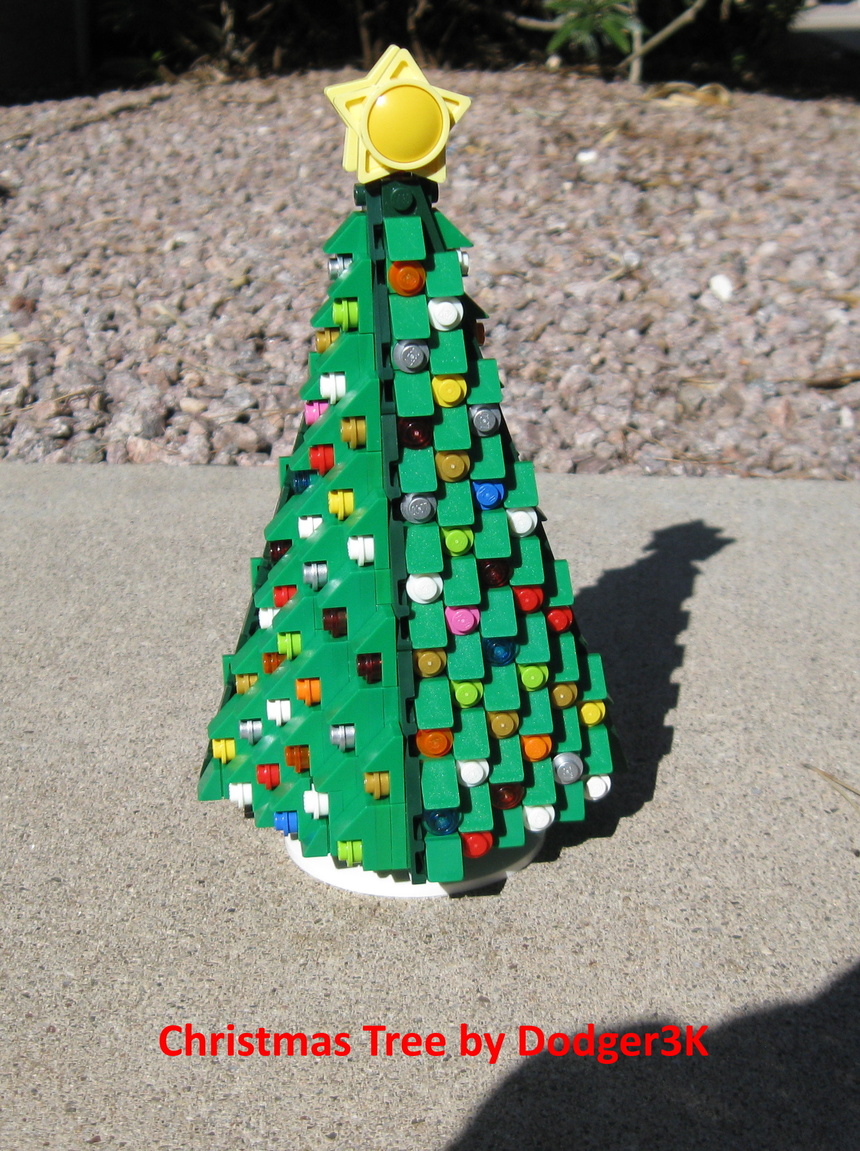 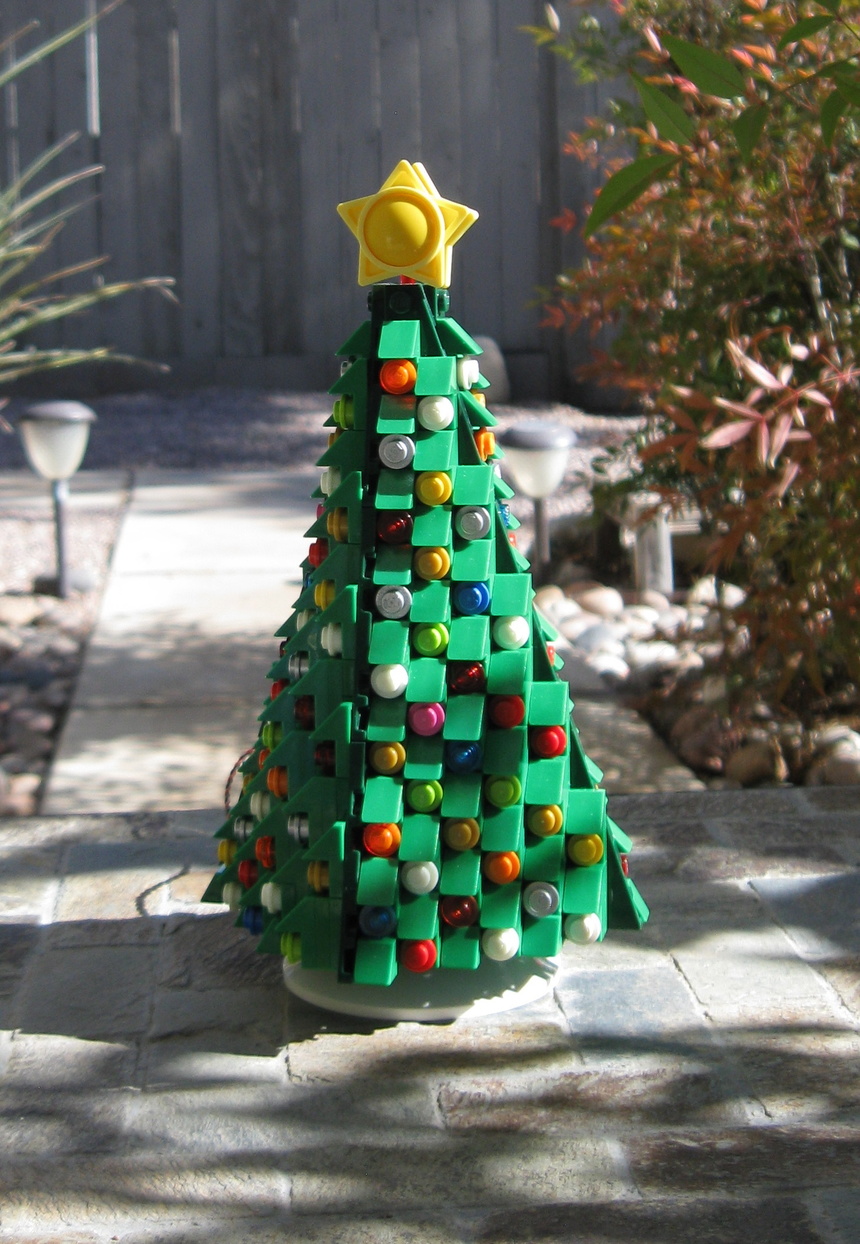 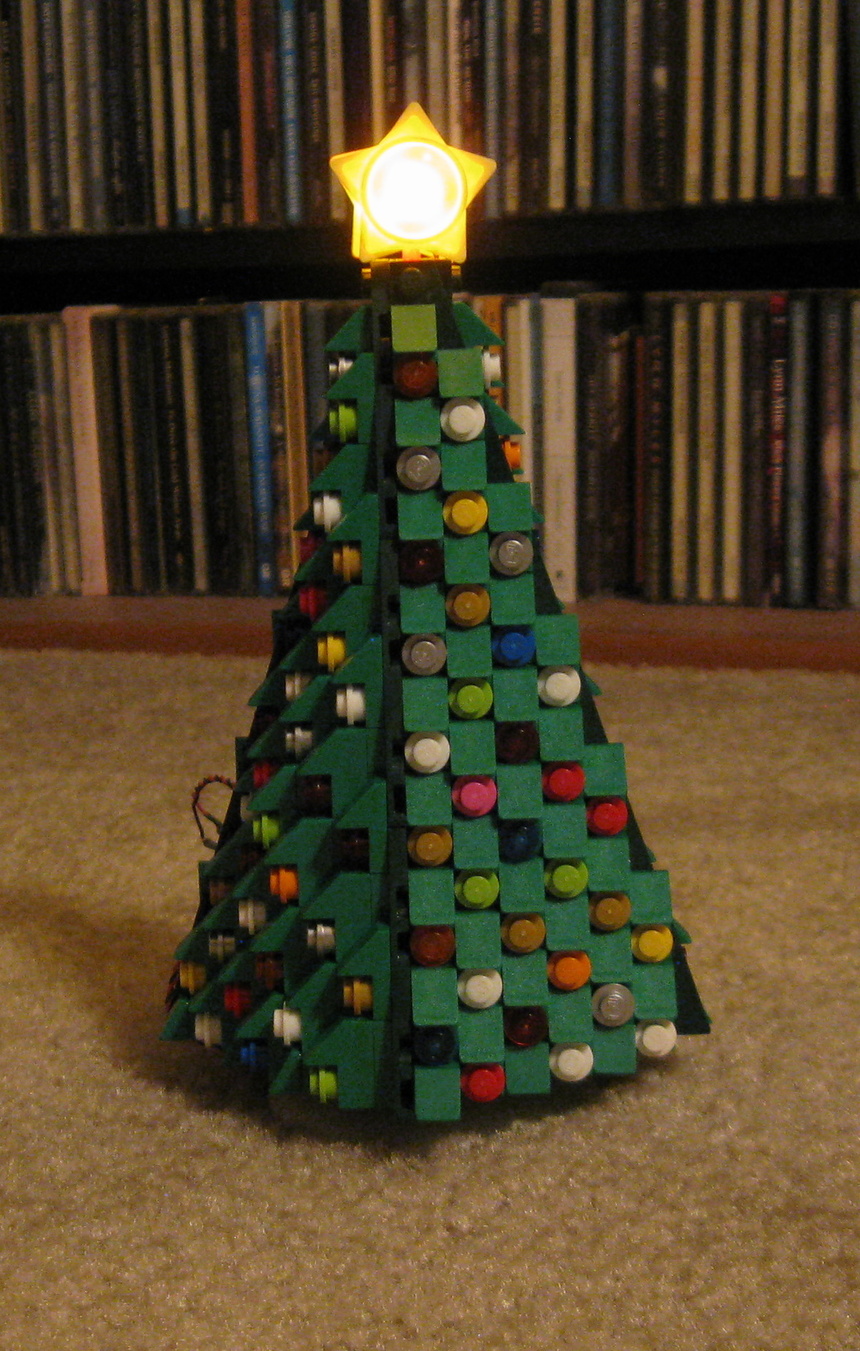 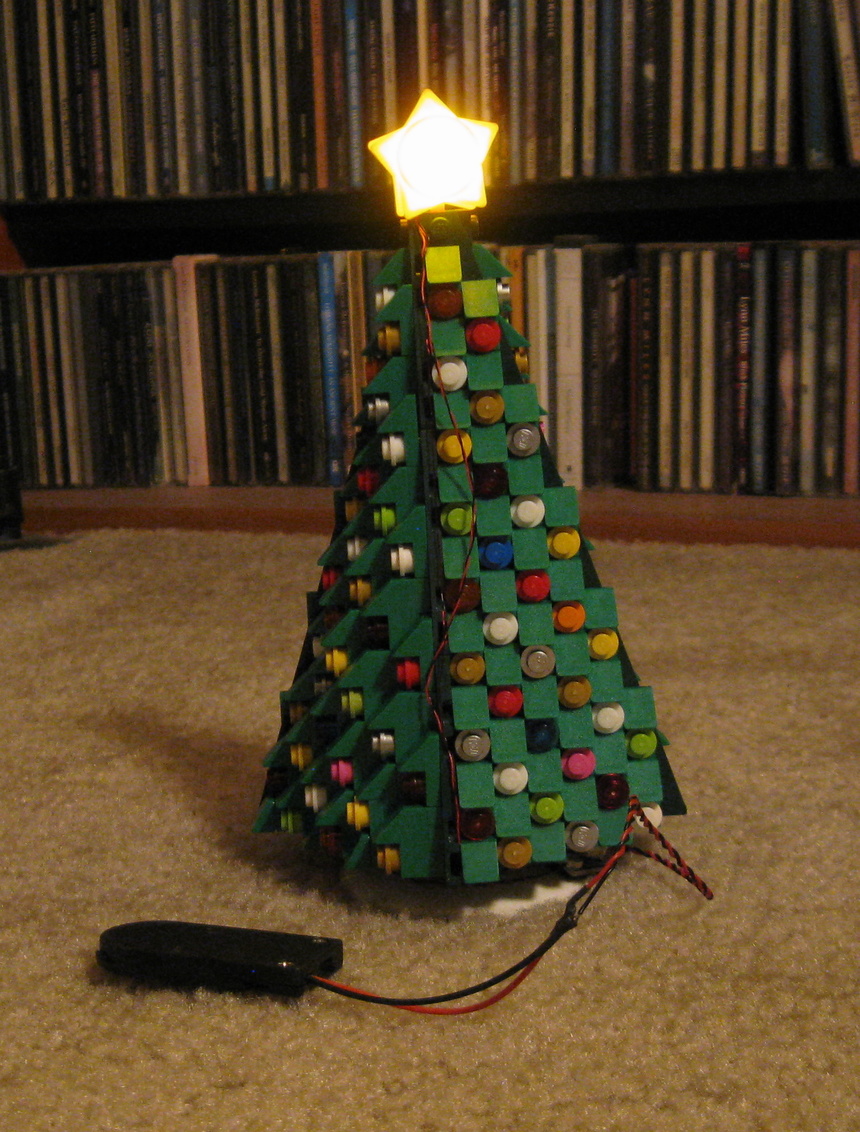