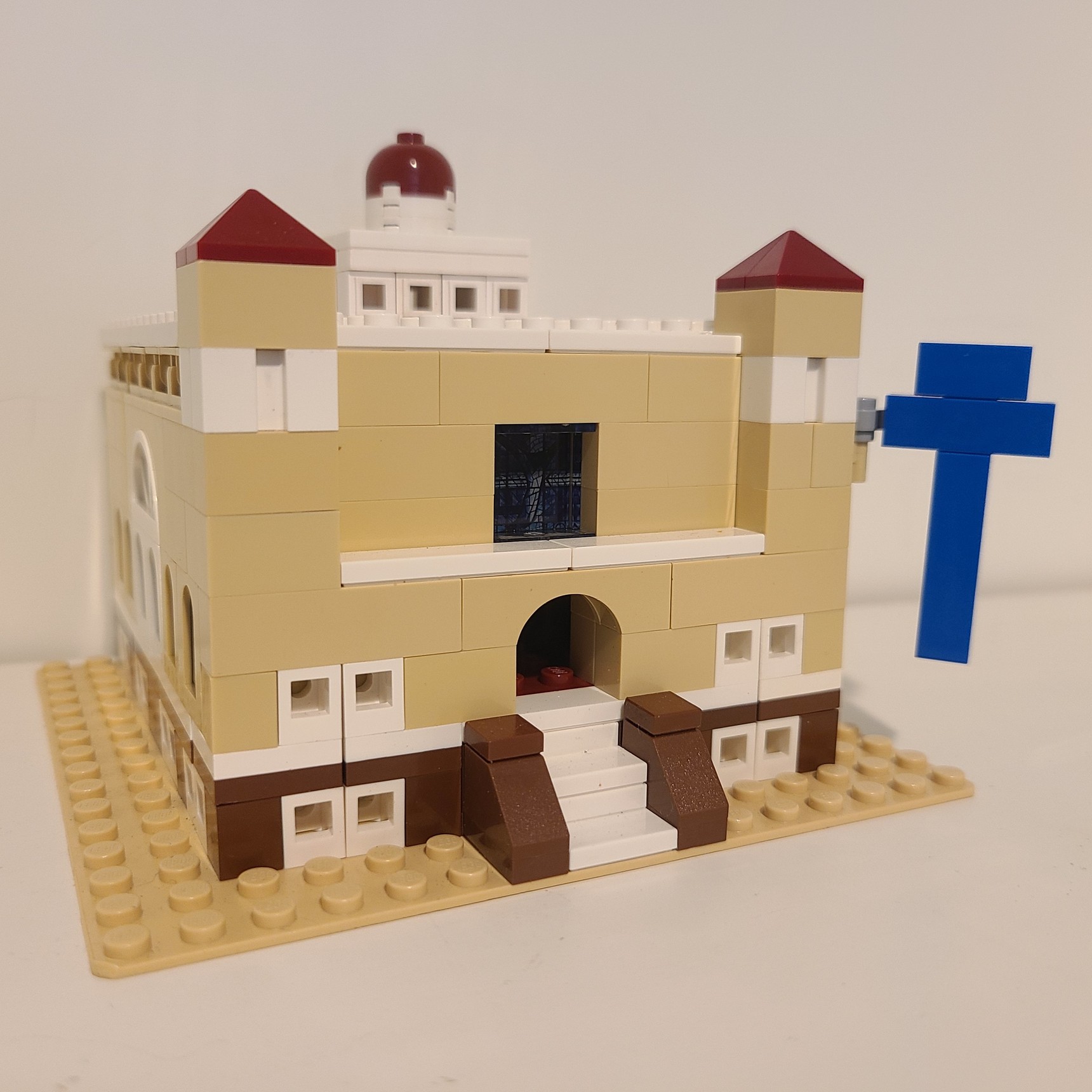 16th Street Baptist Church, in Birmingham, Alabama, was the first African American Baptist church in the city and was a hub for community organization at the beginning of the Civil Rights Movement. It was bombed by the KKK during Sunday School in 1963, killing four young black girls, and is now a national landmark.

Yesterday I finished the miniature version of it for my Brickingham series. The pièce de résistance is the Welsh stained glass window donated to the church during its reconstruction, replicated with perfection by EclipseGRAFX and lit by two Brickstuff LED strip lights.