Guess I haven't posted pics here of the National Mall 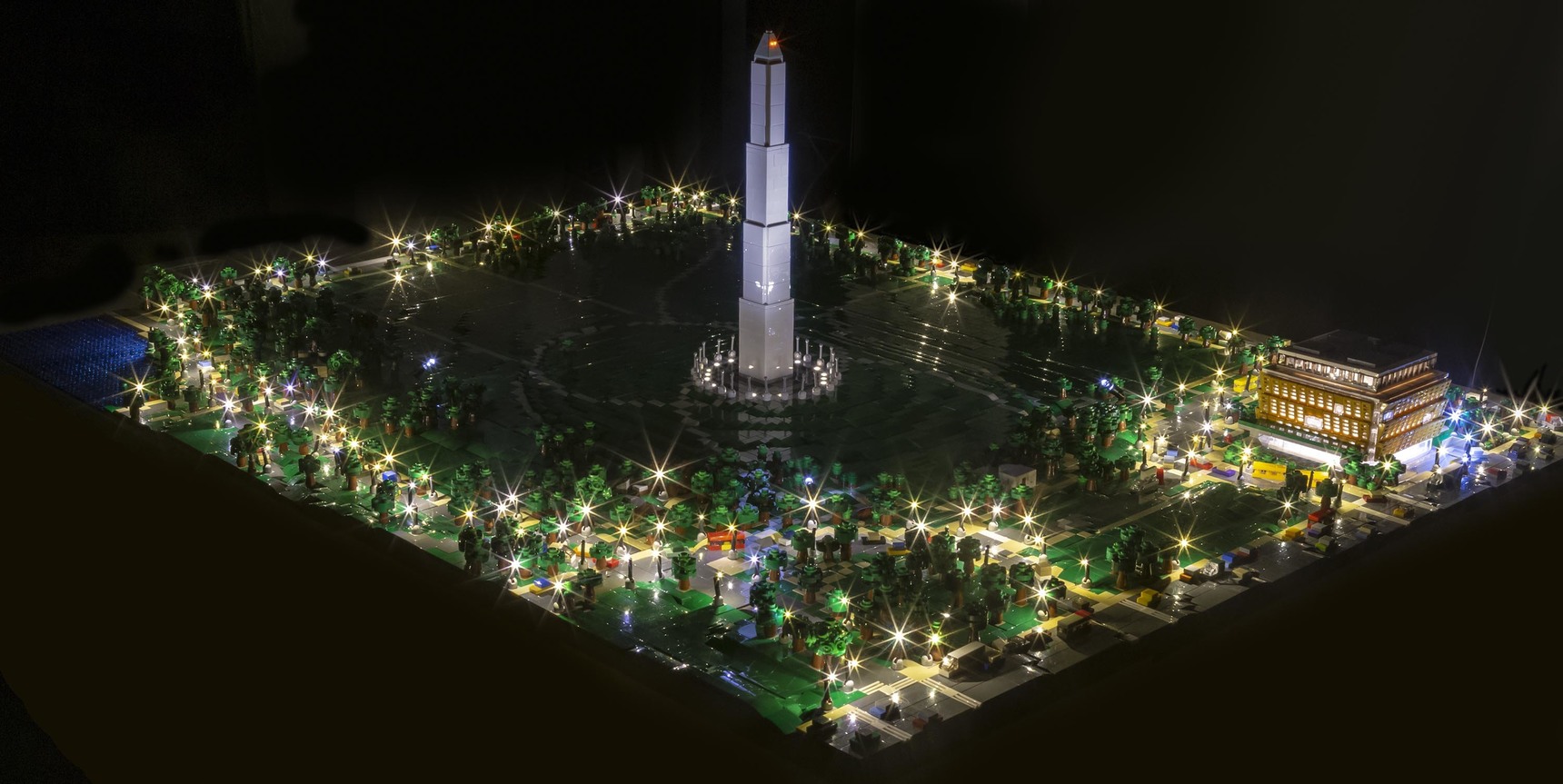 I'm working on building and lighting the National Mall in Washington D.C.  This is just the Washington Monument Grounds, which was my test case to see if Brickstuff lighting would work with microscale architecture...and it does!! in a spectacular way.  So I'm now finishing out the rest of the east side of the Mall all the way up to the Capitol Building and am just beginning to add lighting to that portion of the build.