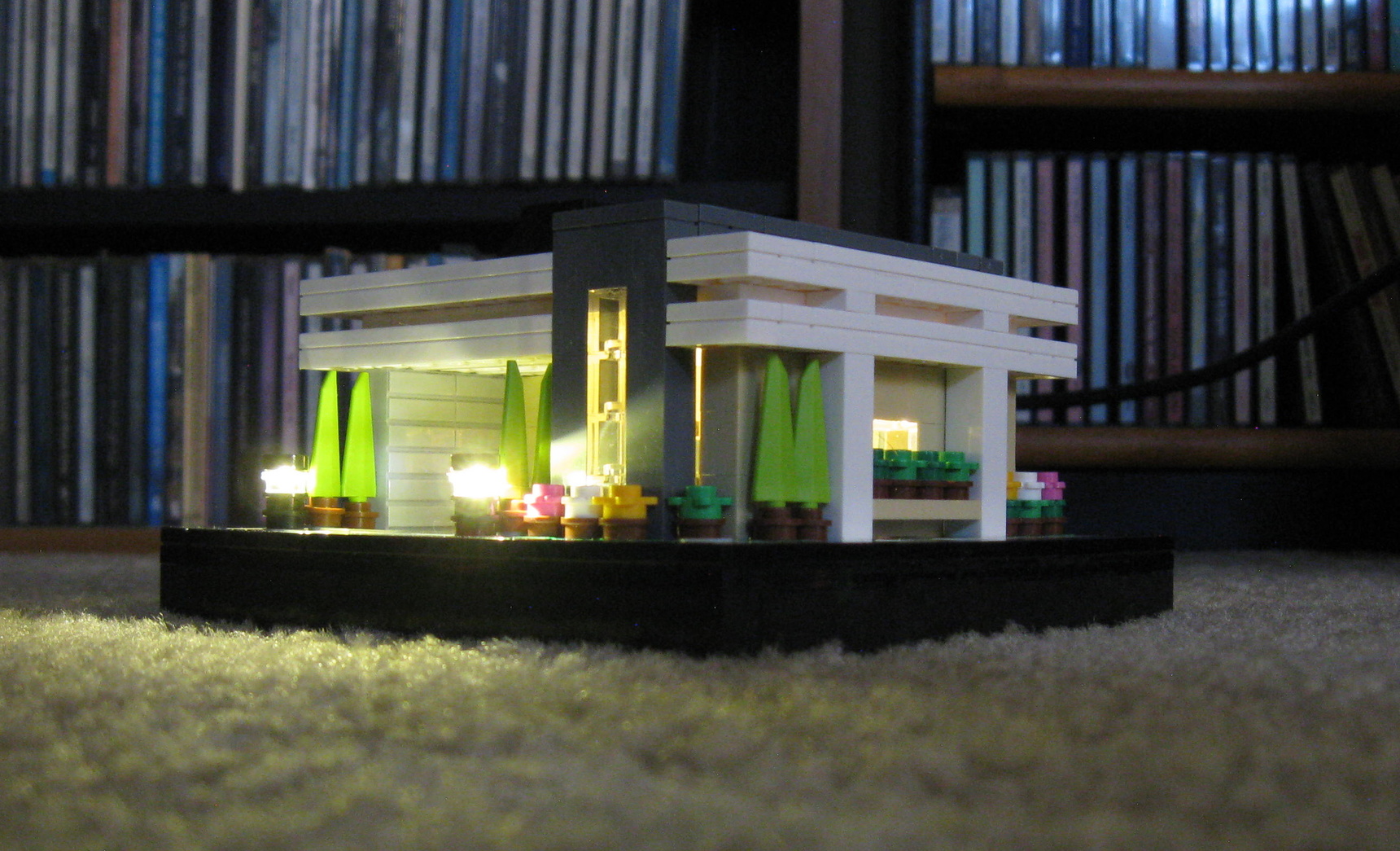 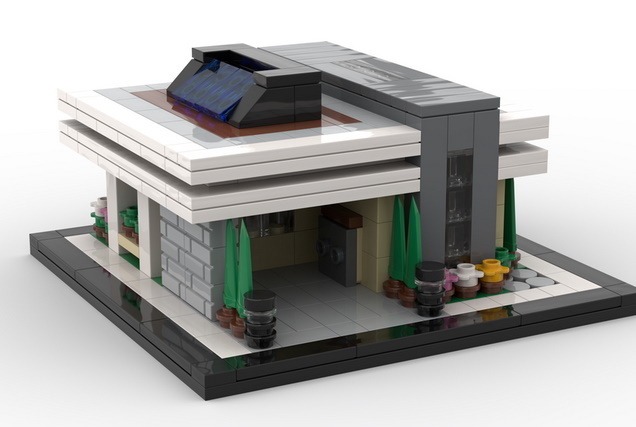 This lovely design for a modern house caught my eye immediately--16 studs by 16 studs (5” by 5”) onto which 400+ Lego pieces have been arranged to create a wealth of detail. Very cute. So, of course, I had to light it.

I decided on how many lights I wanted to add and came up with five: two for the interior, two for the driveway lamps and on for the “rooftop window.” Since this model is small—the way I like them—I requested from Brickstuff a custom-made assembly of their special red-wired mini-lights. In the past I’ve tended to use their coin-cell battery pack or their 3xAA battery pack. In this case, however, there is a new Brickstuff product that fit the bill perfectly—the Brickstuff Express Power Source. 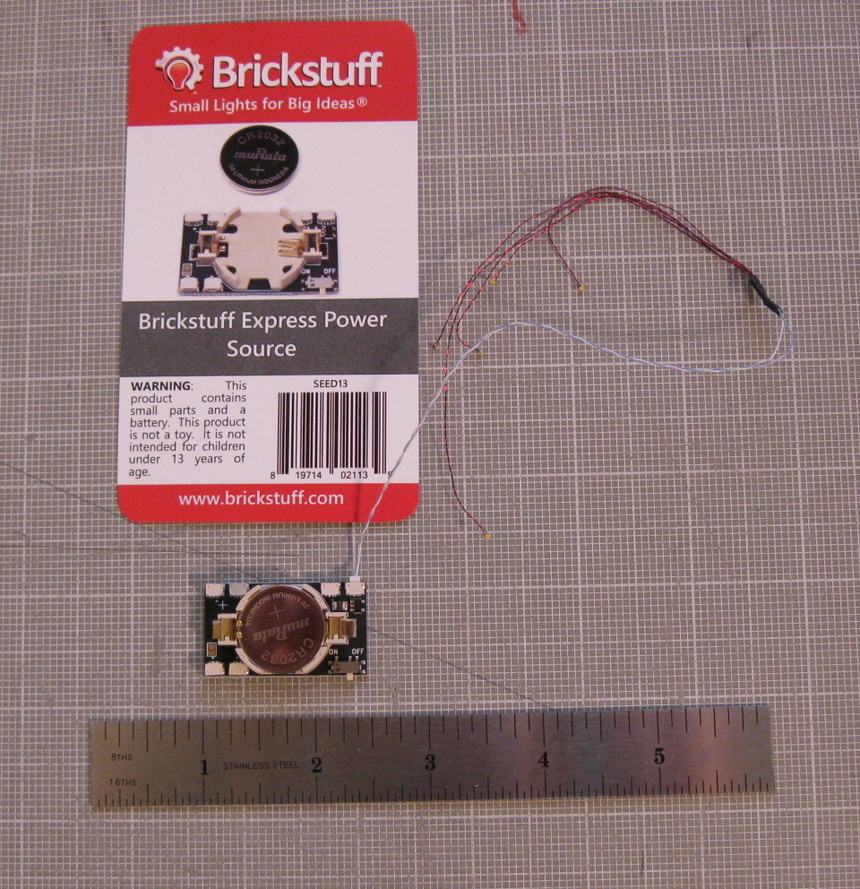 You can see in the photo how small this power supply is. There is room for a coin-cell battery, six connector slots and even an on-board on/off switch. When I received this nice bit of hardware, I thought back to a number of models I’ve built and lit. Several would have been easier with this tiny power source. You can see in the photo the assembly of five mini-lights connected to the power source with one cable.

I realized I needed to make more space underneath the house for wires and the power source, so I ordered additional black bricks to lift up the house. Several large sticky squares and a few extra bricks held everything in place. Lego Technic plates and bricks allowed the wires to go where I wanted them to on the underside and particularly higher up in the house. 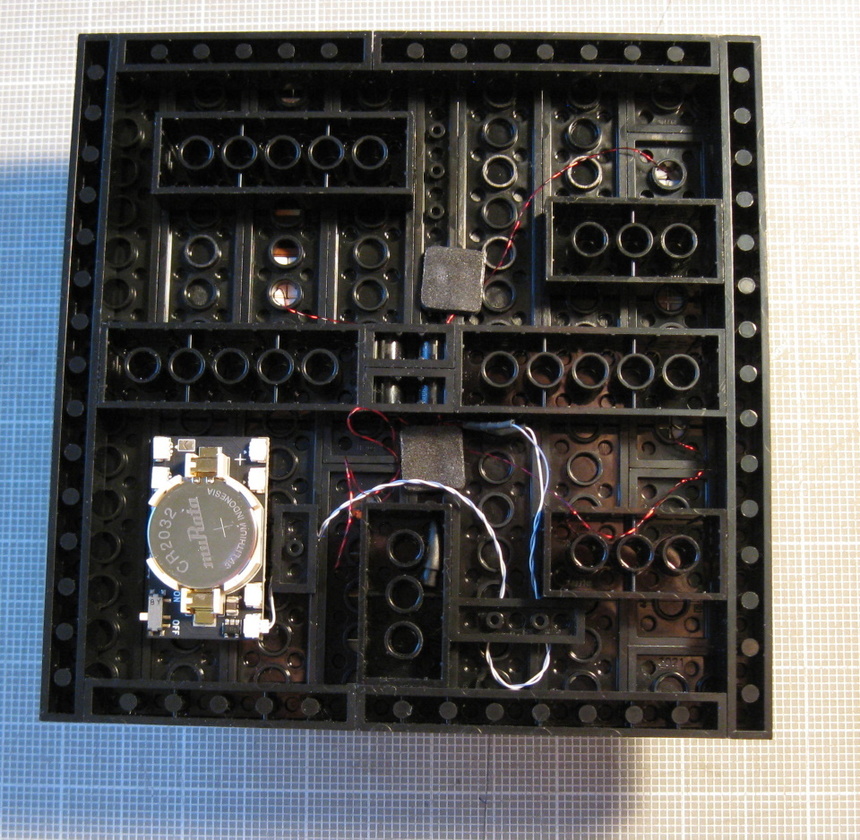 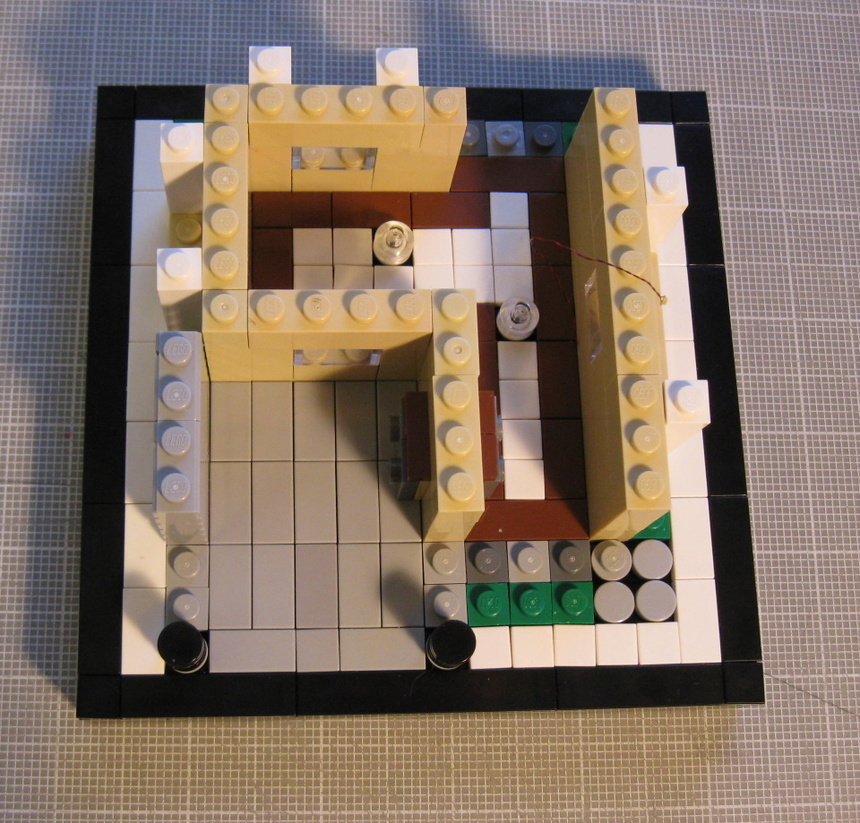 Some restructuring of the roof and the addition of several white Technic plates allowed the wire to continue upward. 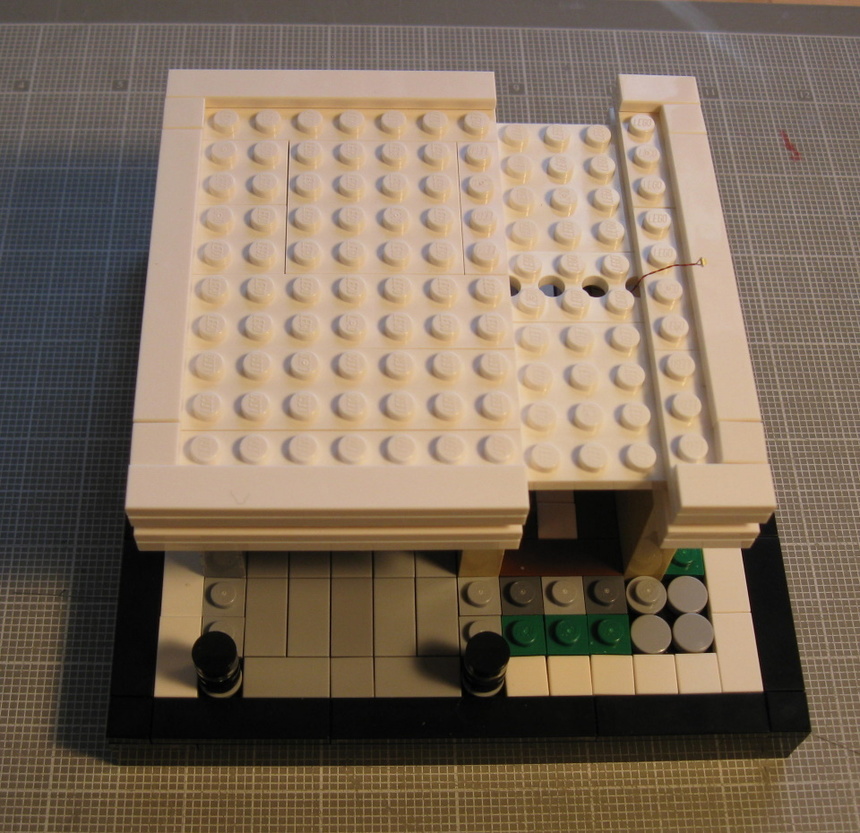 I made a few minor changes to the colors used in the outdoor plants. Otherwise, mfenn97’s original choices were perfect. Here are a few shots of the results, both unlit and lit. You can see the rest of the photographs at my Google Photos gallery here.   This was fun. 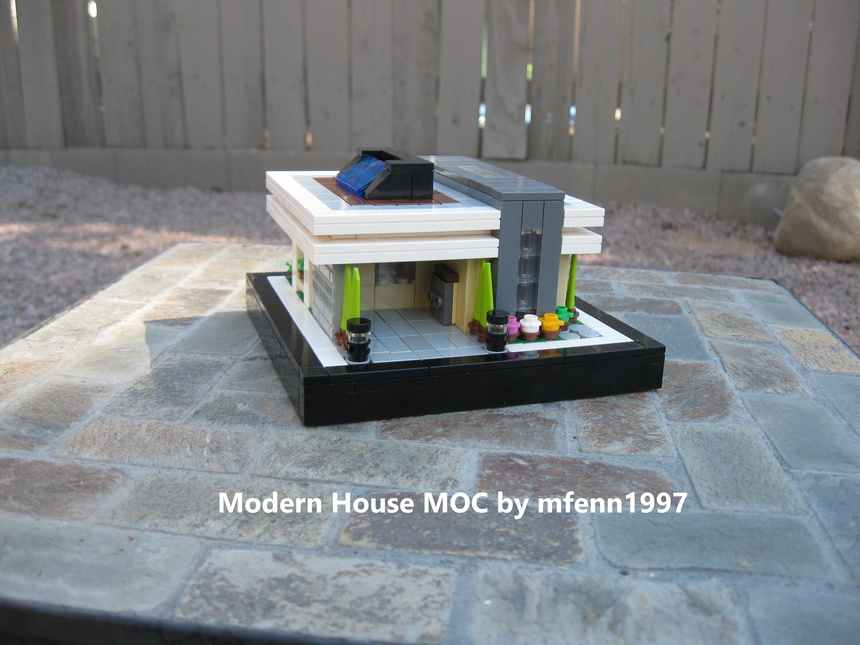 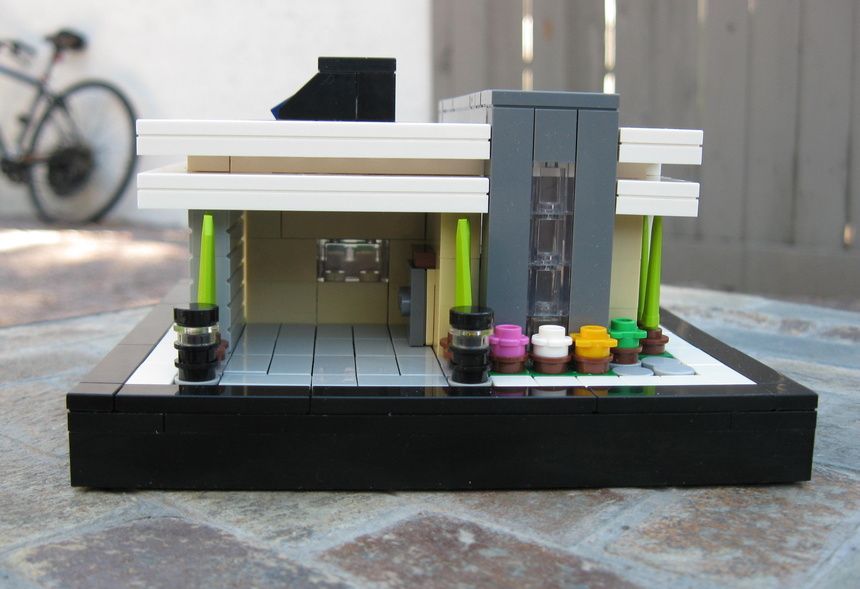 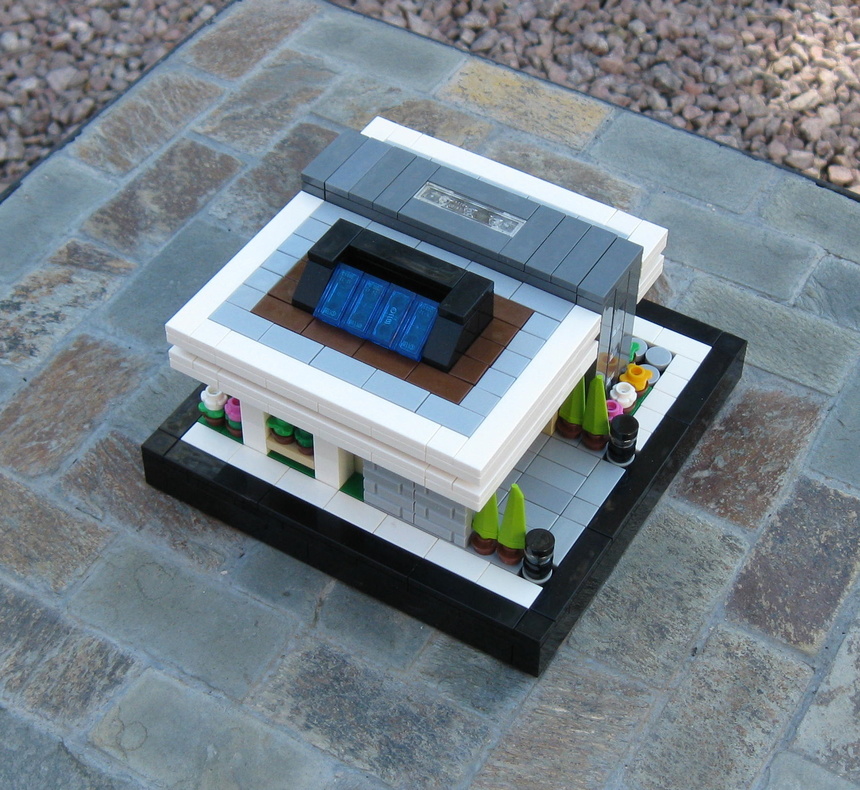 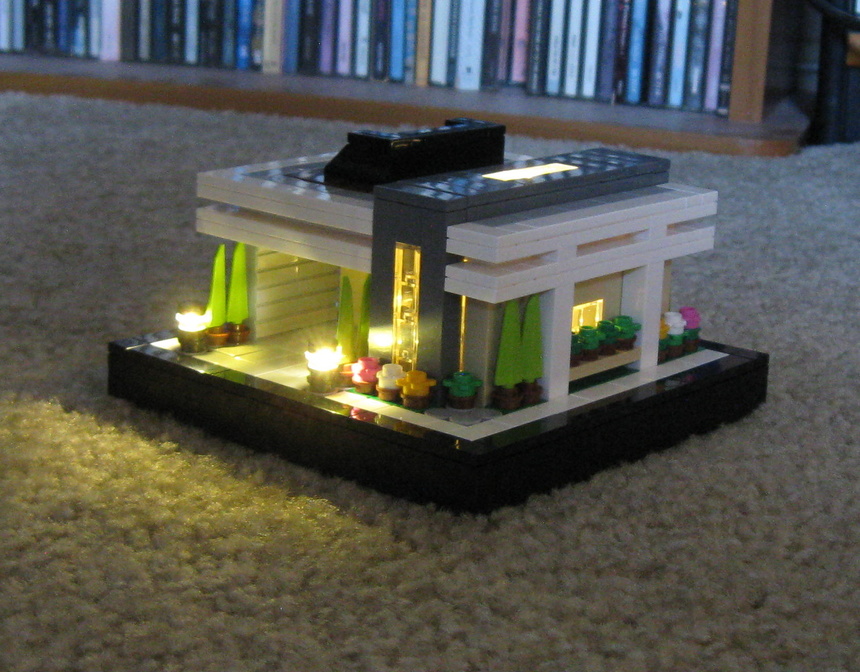 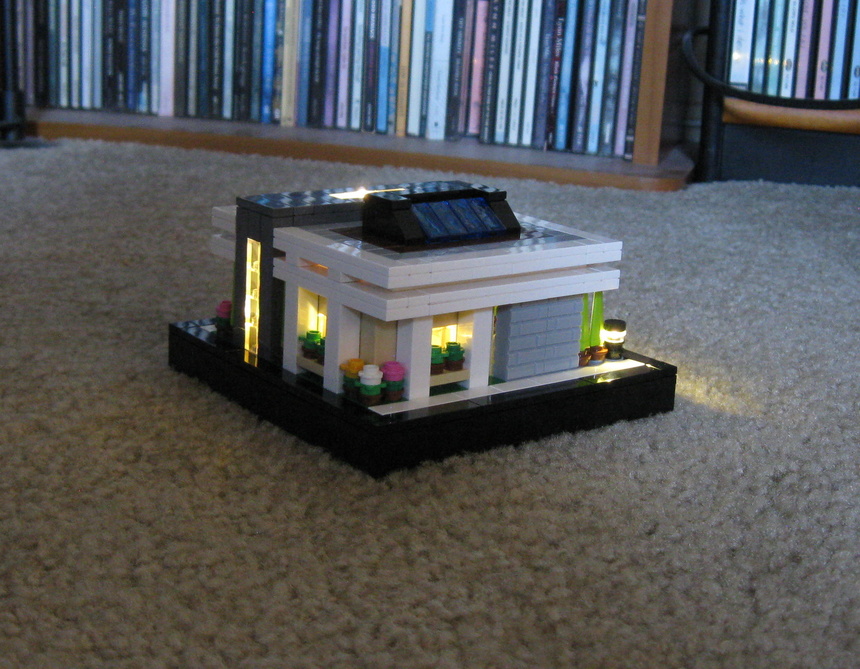 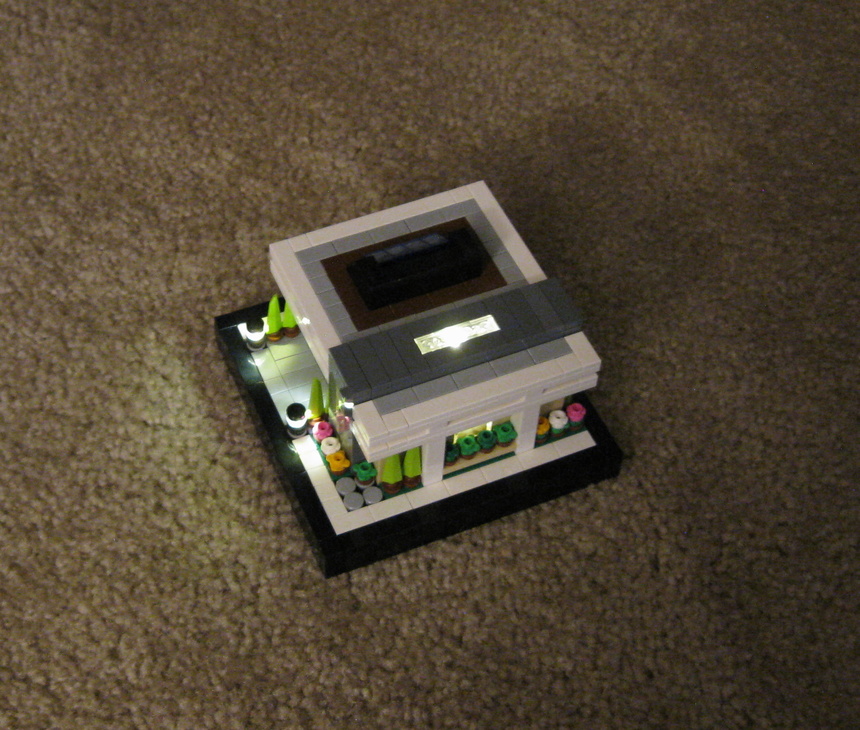