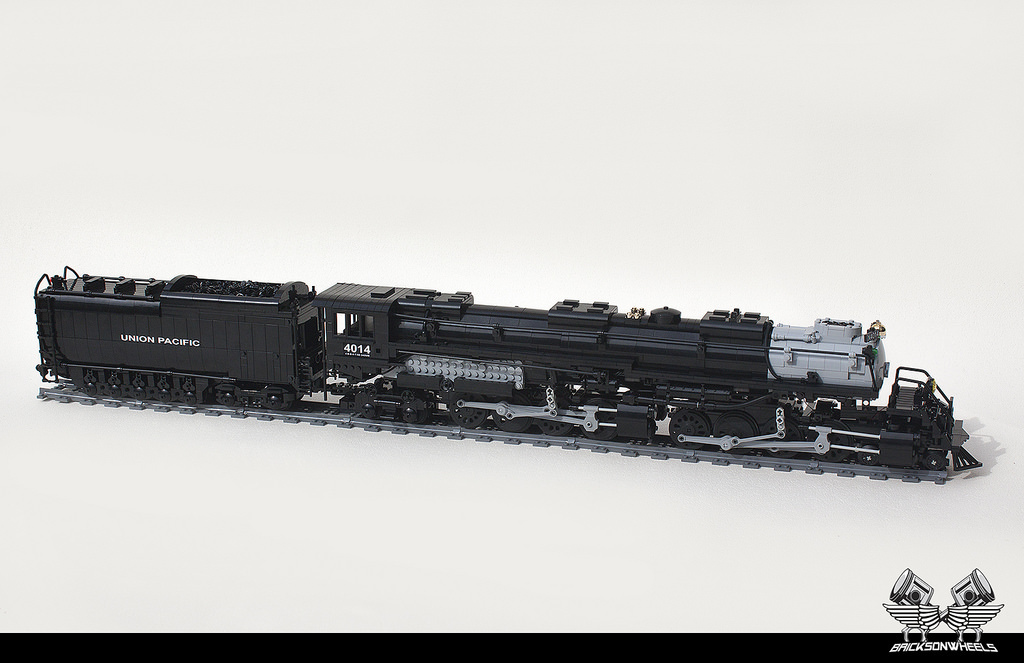 When it comes down to scale modeling with Legos a lot has happened over the last years. Its more and more recognized as a true scale modelers medium, and I think that is great. About three years ago I decided to build more different things then only the trucks that I had built so far. I built Harley Davidsons, Hot rods, and started with trains.

After the two big 1:16 scaled American diesels, I thought it would be nice to have something dynamic for events: A true scale locomotive on actual Lego rail gauge. I opted for the Union Pacific Big Boy. There are already many models of this type of locomotive but I wanted one for myself as it has always appealed to me since I was a kid. I did some math calculating back from the Lego track gauge, coming to a 1:38 scale.

This is an unconventional scale on Lego rail, though the most realsitic. The problem is the size of the thing. Its 11 wide in some areas, and over a meter long. I choose some custom solutions. 3D printed wheels as none existed in Lego in 45 mm, custom rods and SBrick and RC accupack to feed the three XL engines.

There are Brickstuff lights in it as well. The original doesnt carry many lights though. Some signal, some working lights (with dimmer) and the cabin and tender lights. There are two battery switches and the dimmer is mounted in the cabin.