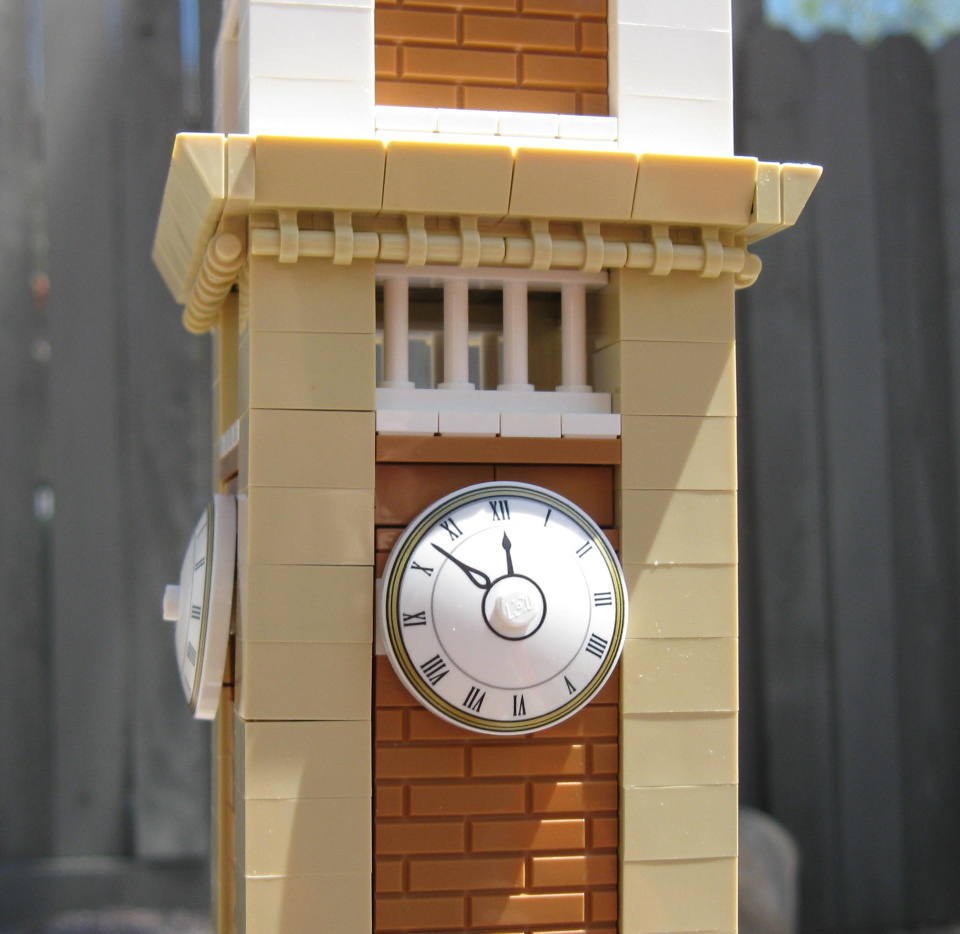 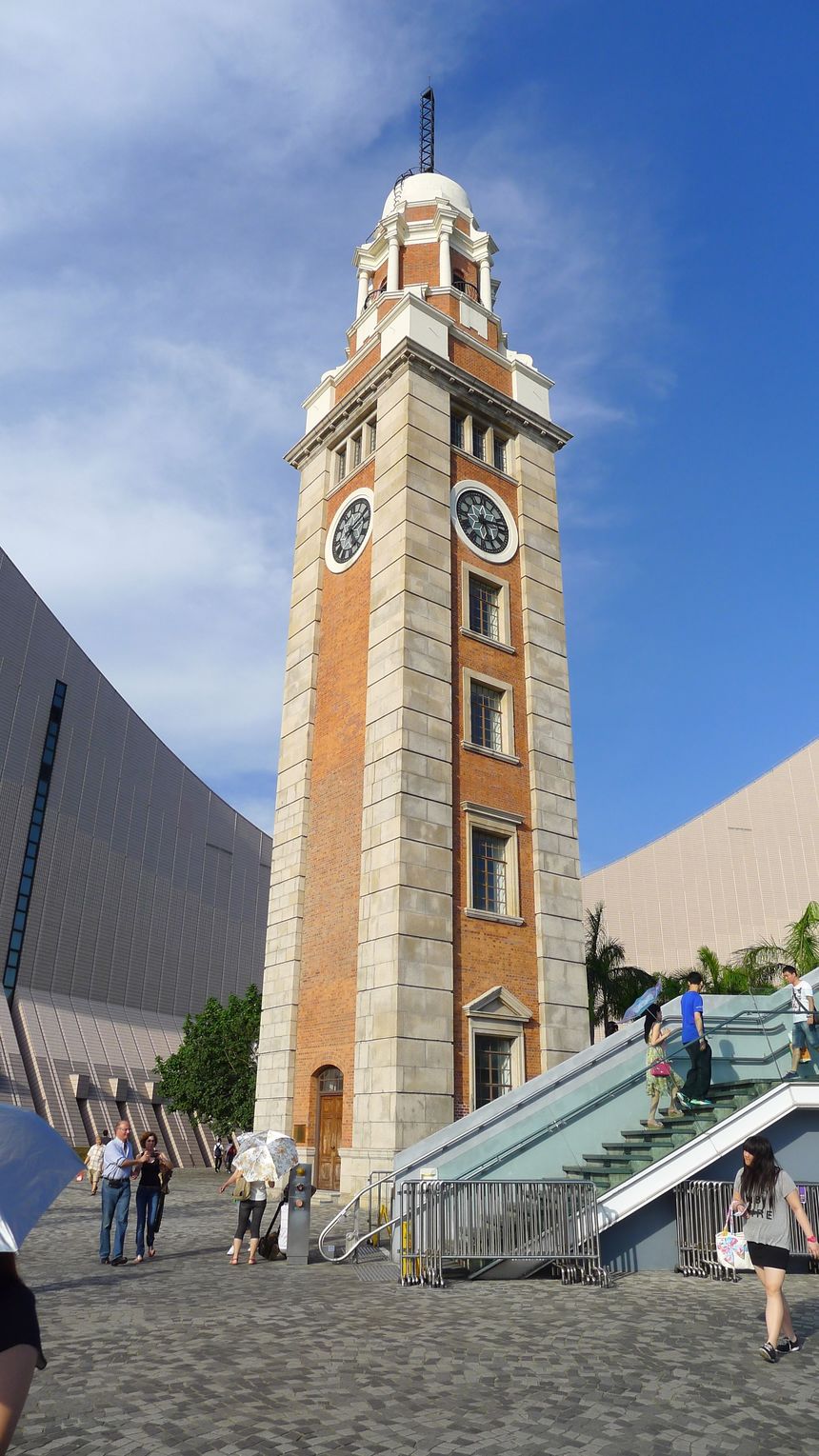 This landmark clock tower in Hong Kong is certainly striking. The red brick and granite textures are very well-captured by the MOC designer, Gerger.  His/her choices of medium dark flesh bricks and tiles for the masonry siding and tan bricks for the granite corners are inspired. I was eager to build and, of course, light the nearly 1000-brick model. 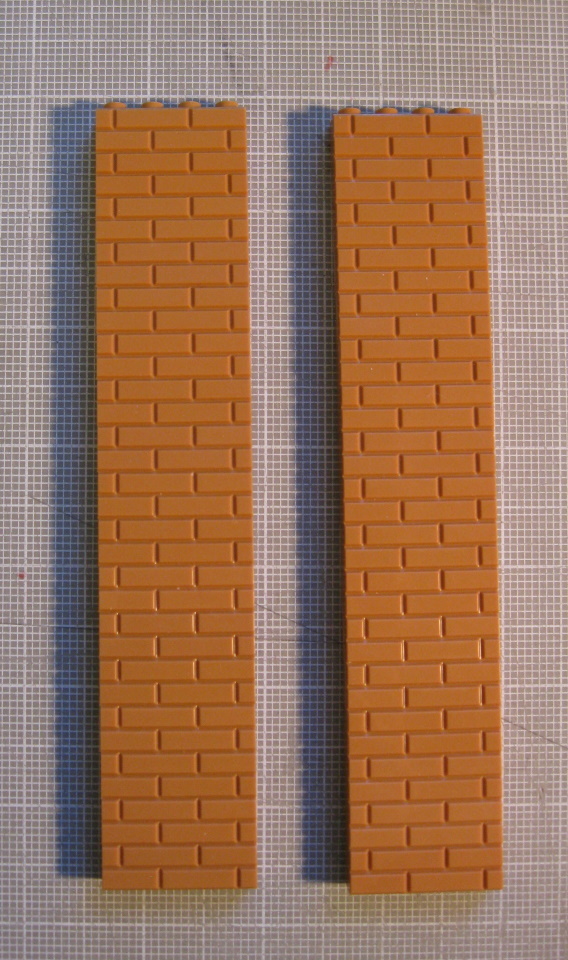 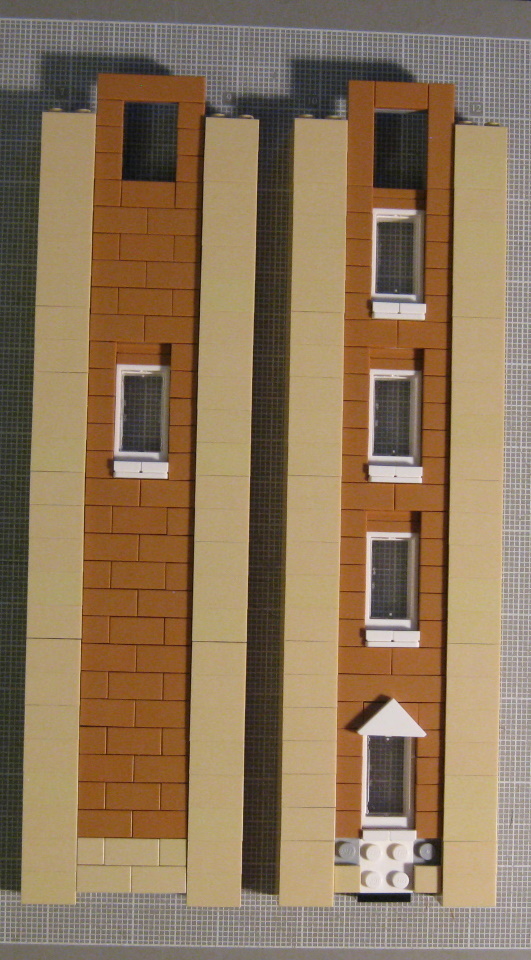 Gerger uses an interesting central structure to which four sidings are eventually attached.

Seeing this structure in Geiger’s fine instructions clued me in, early on, that lighting would require a change to transparent bricks instead of black ones to allow light to pass through. 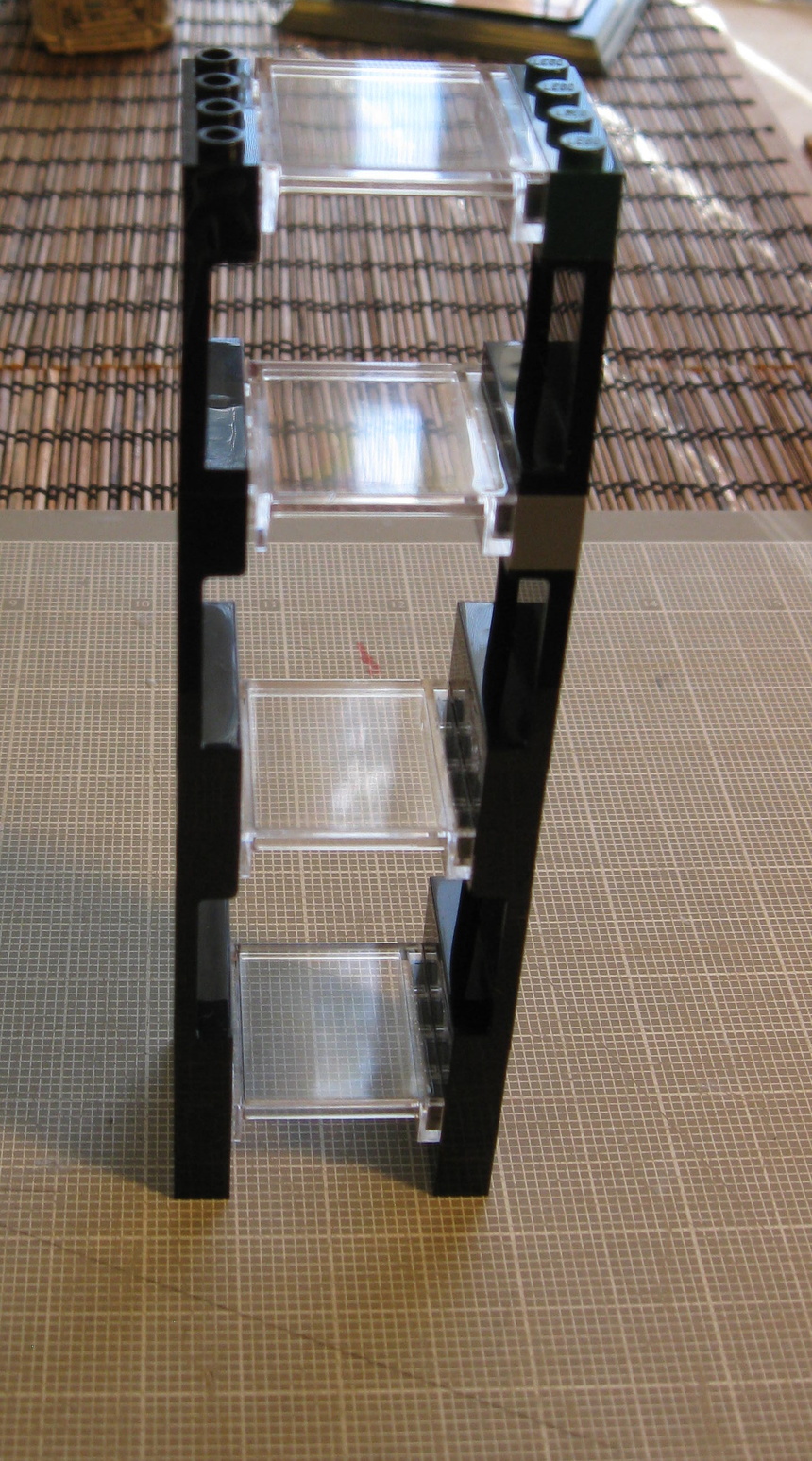 A number of Brickstuff supplies were used in this project:

Thanks, as always, to Rob of Brickstuff.

Here are a few shots as the build and the lighting proceeded simultaneously. 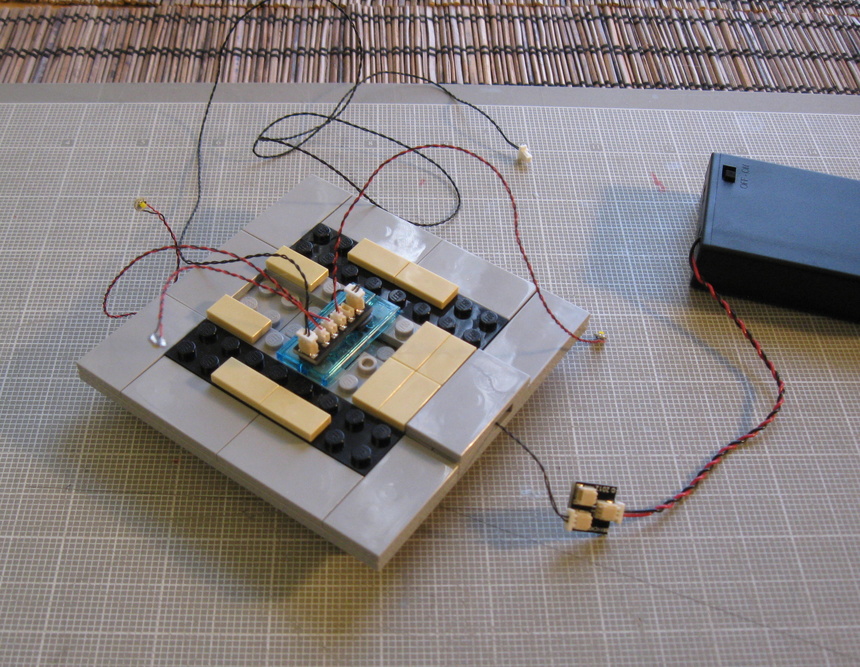 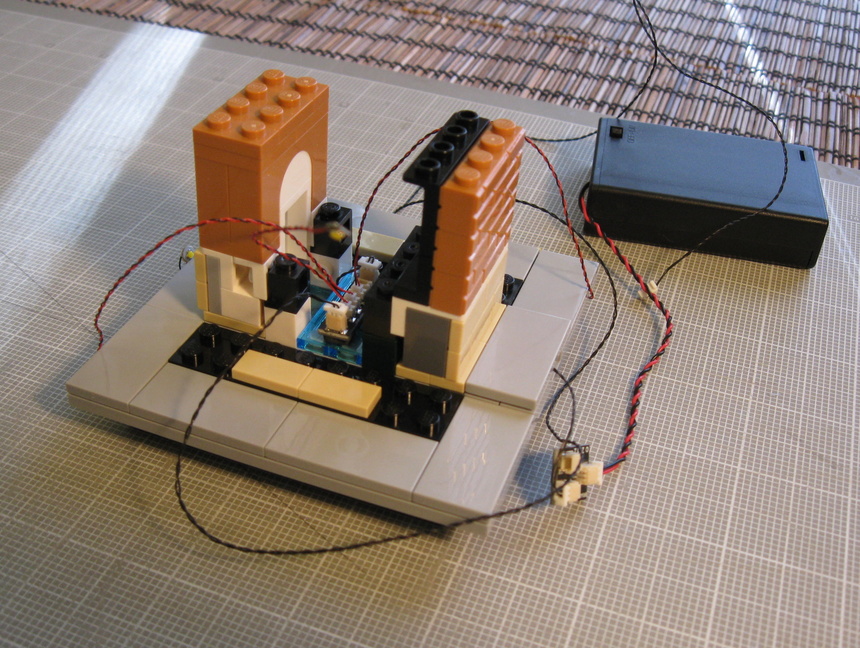 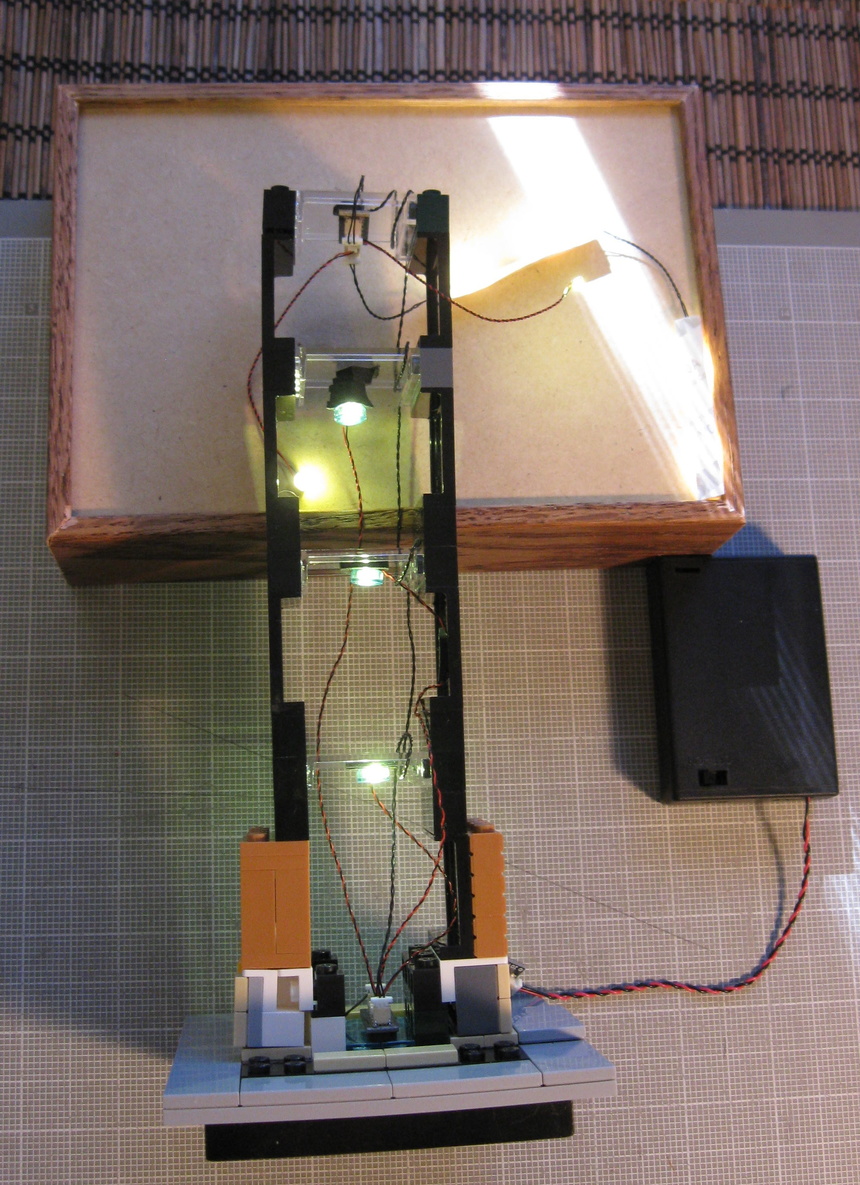 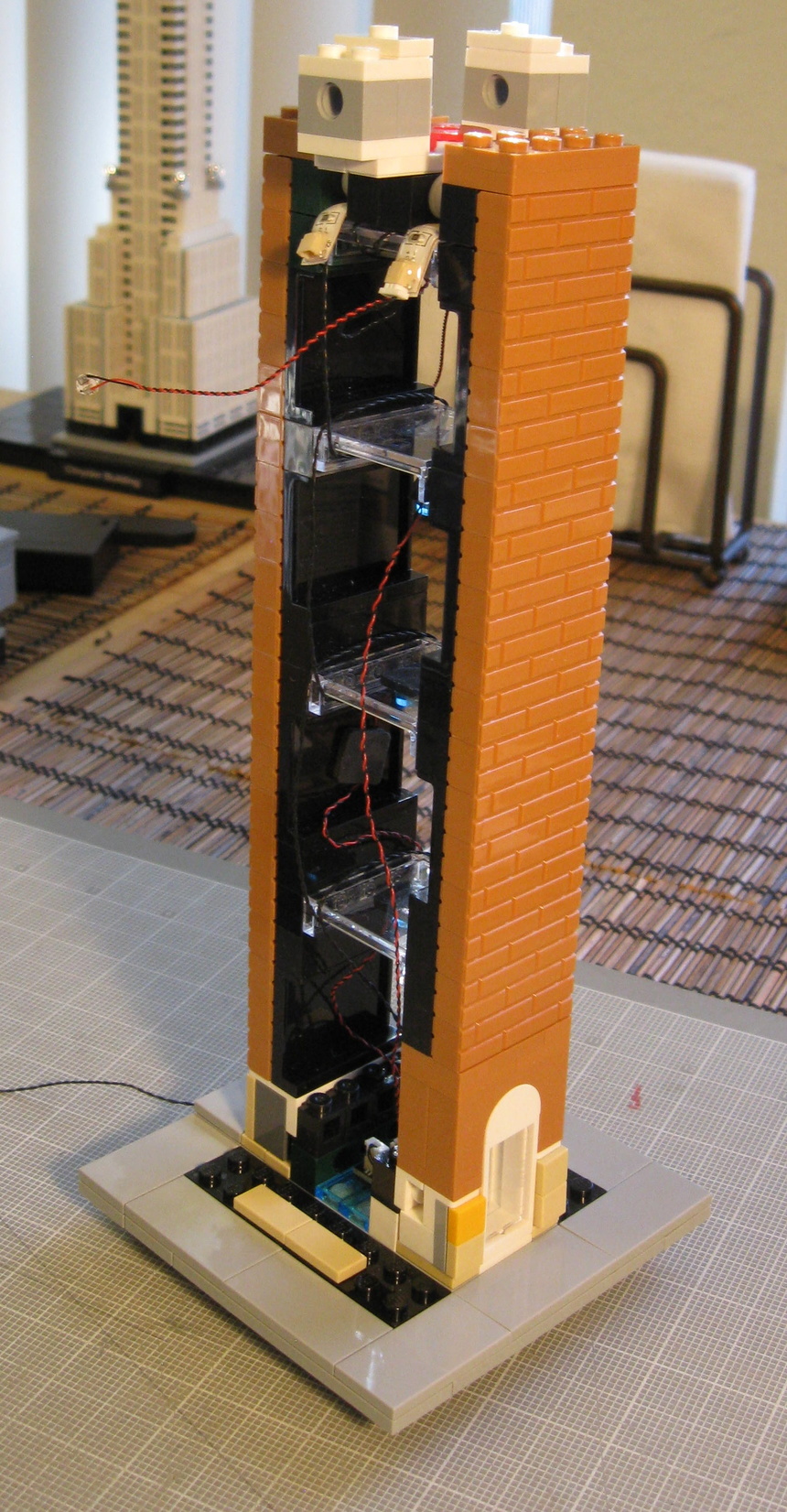 You can see the LED light strips hanging over the upper level in the photo above. It was a rather tight squeeze. I wanted the light strips to contribute substantial illumination into the upper sections of the tower. Transparent plates and bricks were substituted at several points to allow this light “free passage” upward. 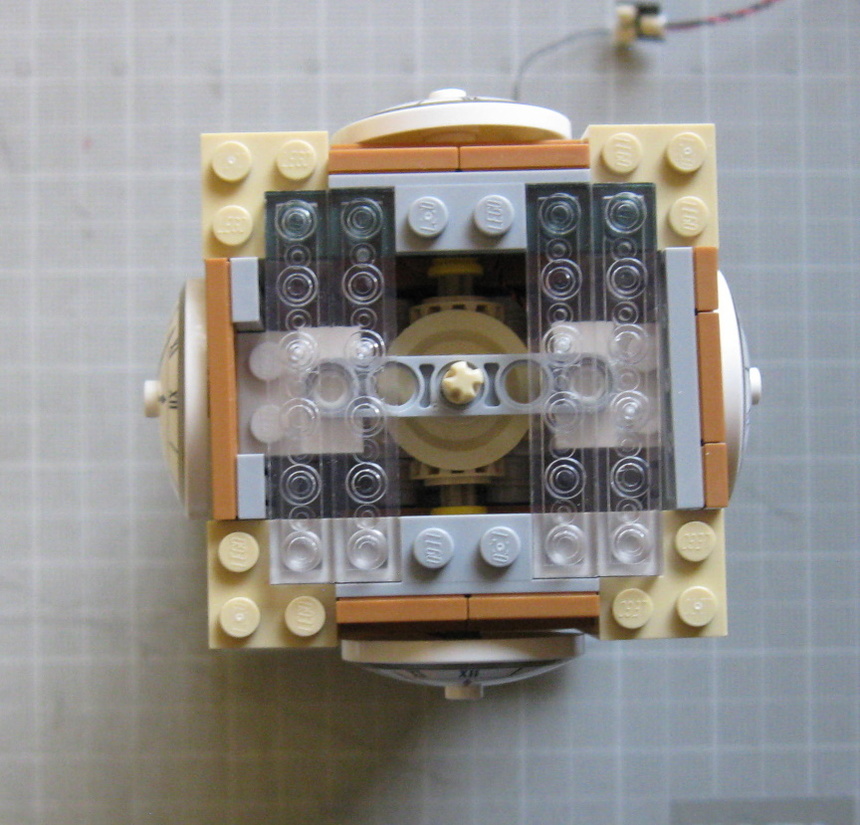 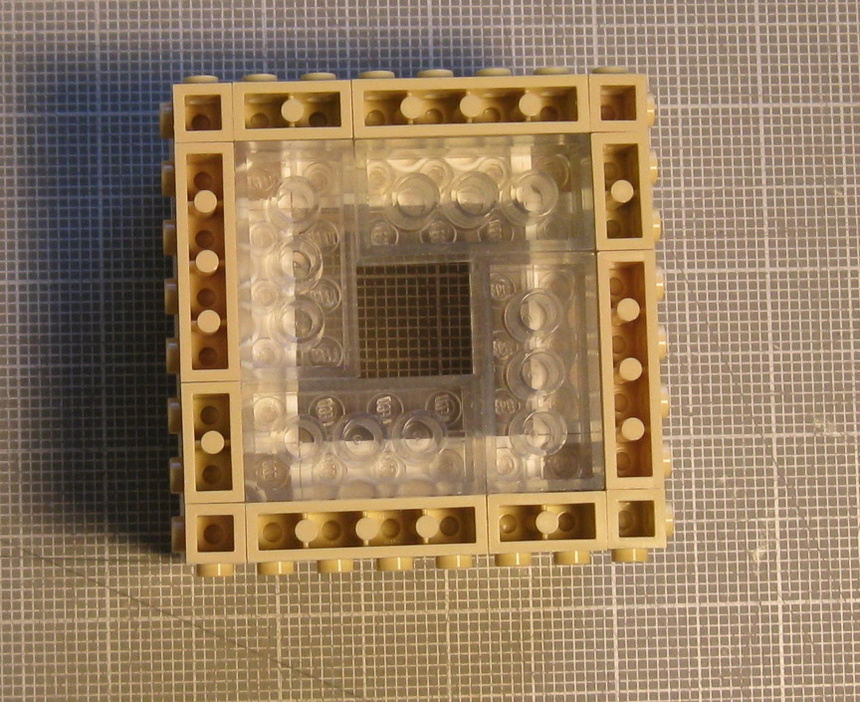 Geiger chose Lego part 3960 (inverted dish with clock face) for the four clocks. Since I was planning to place Pico LED’s under these clocks, I switched from the black to the white version. 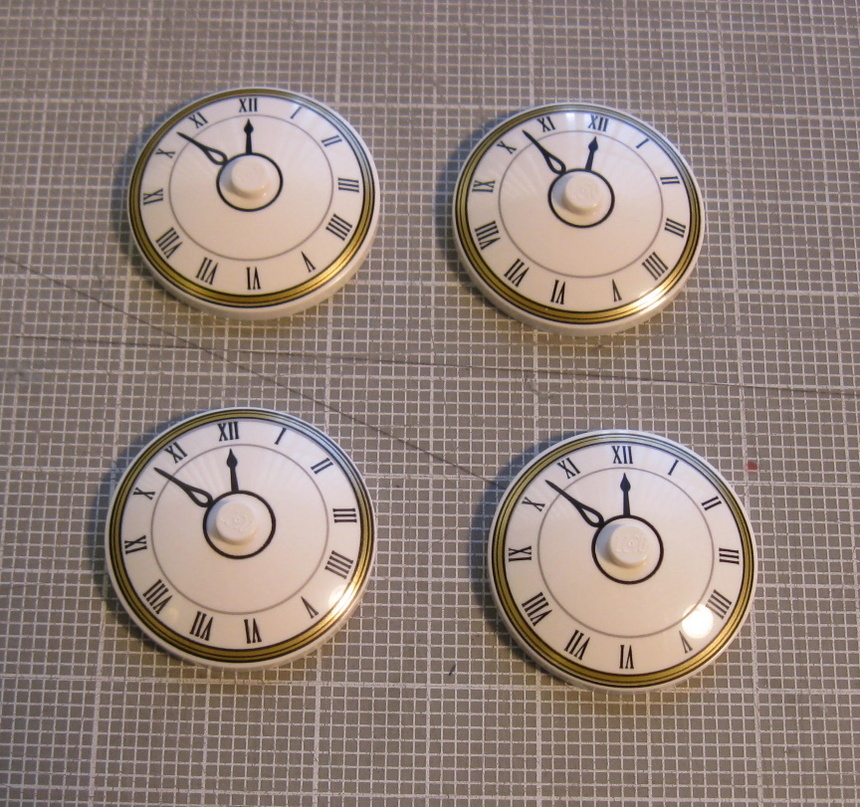 A rather ingenious synchronicity was built into the structure behind the clocks. Gears and pins connected the four clocks so that rotating one one turned all four. I had to forego this functionality since the clock faces were precariously attached with LED lights sandwiched under each one.

The bell tower is quite amazing with very creative use of Lego parts, including a hanging bell. I substituted flat silver for the original yellow for the bell. 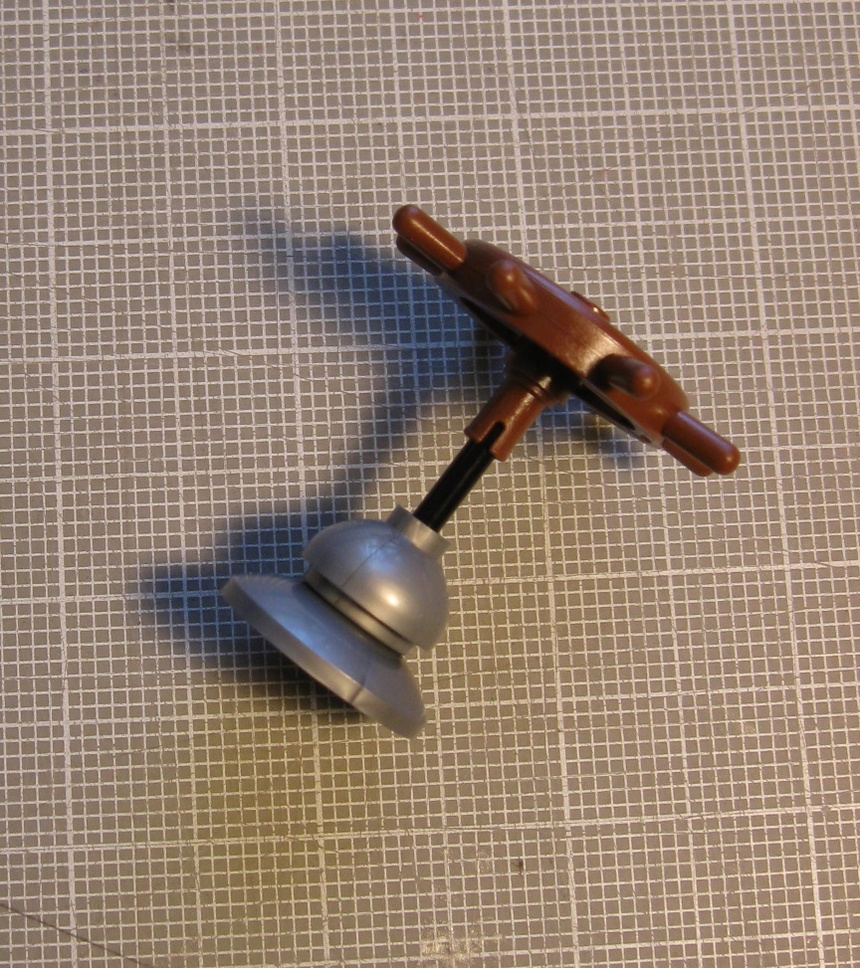 I felt I definitely needed some sort of spire to represent the lighting rod from the original clock tower. After struggling with this awhile and trying a host of different combinations of Lego parts, I ended up using Lego cone, part 85975, in black and Lego antenna, part 3957, in trans-clear. I must confess I just glued this assembly to the top of the white dome hemisphere. Shame on me! ;-) 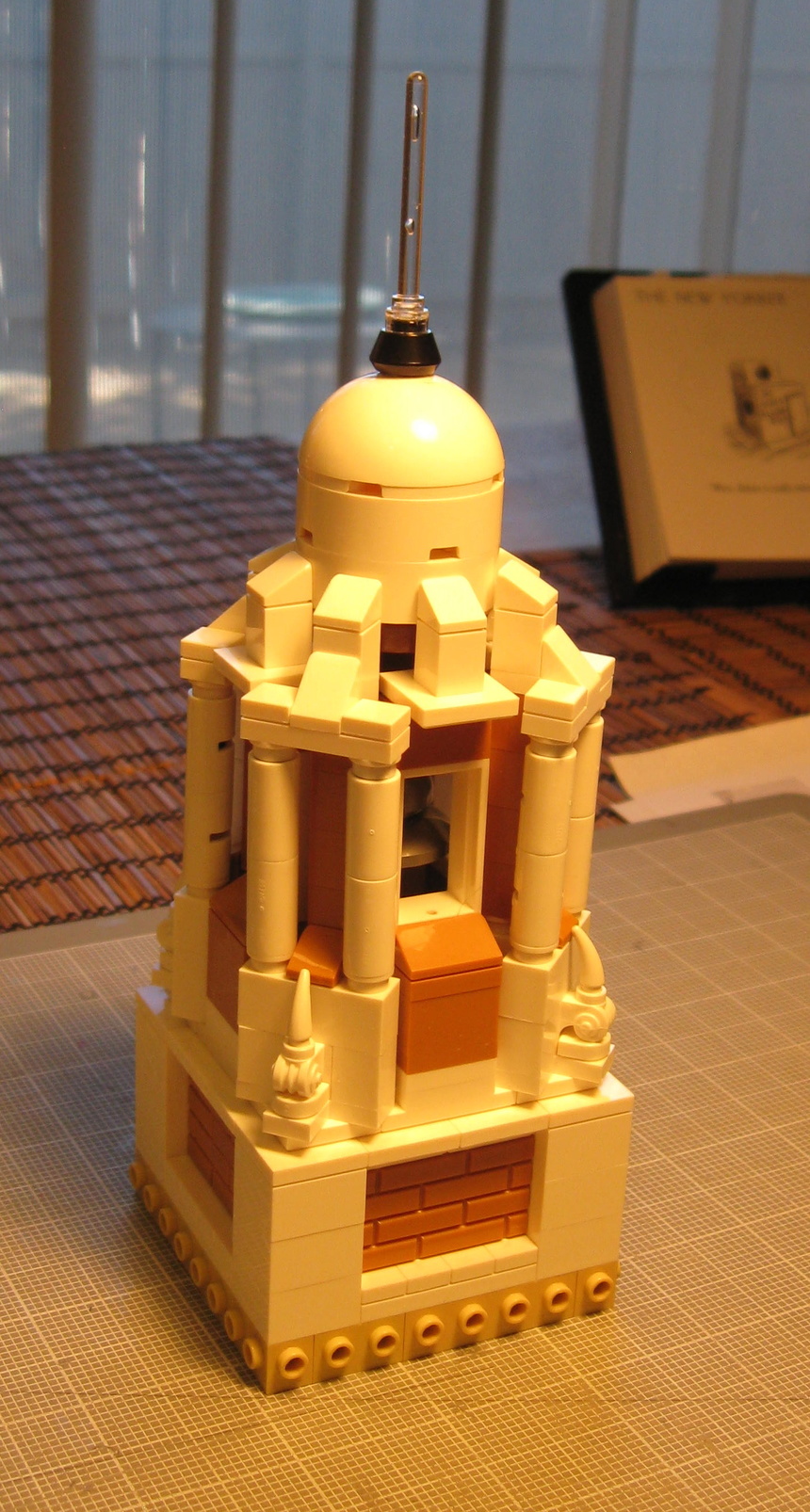 The combination of three Pico LED lights in the tower, four more for the clock faces and two 2-LED lighting strips on top of the main tower produced a lot of light...perhaps too much. But, my hope that the illumination would extend upward to the bell tower was gratified.

Here are a few photographs of the finished model. My Google photo gallery here includes additional shots, including those of the building process. 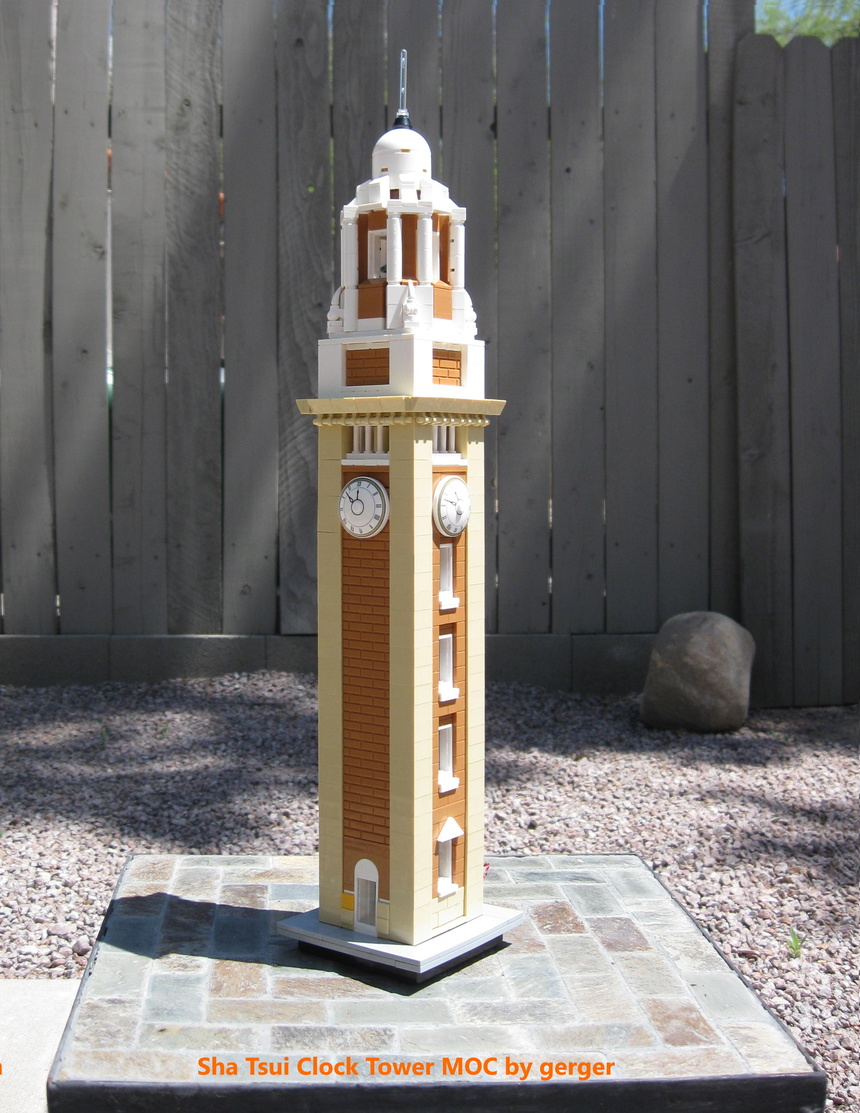 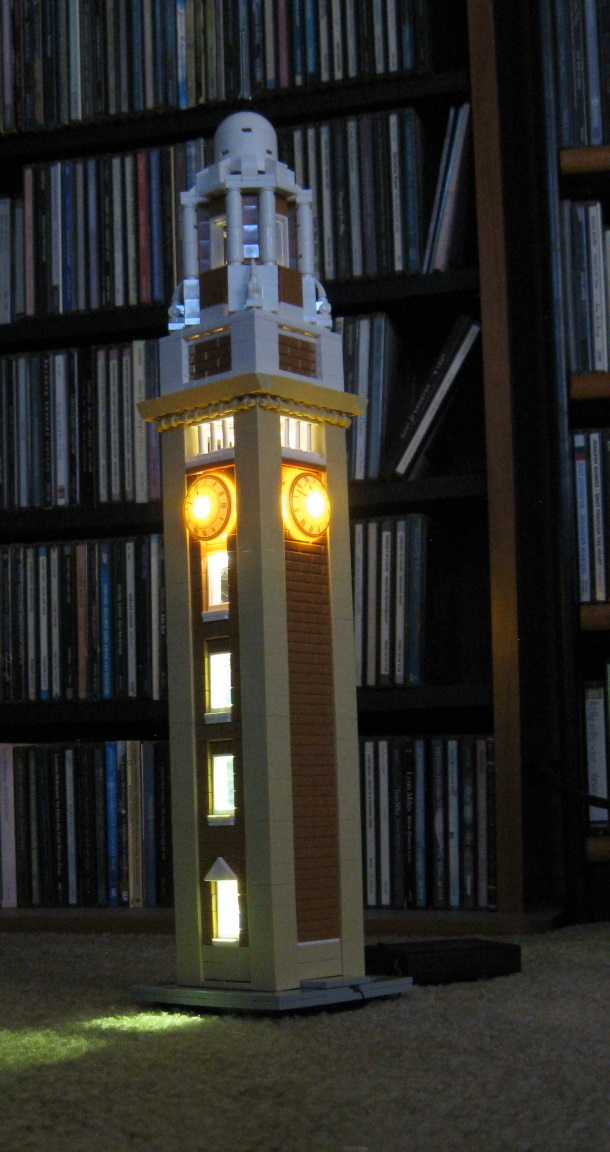