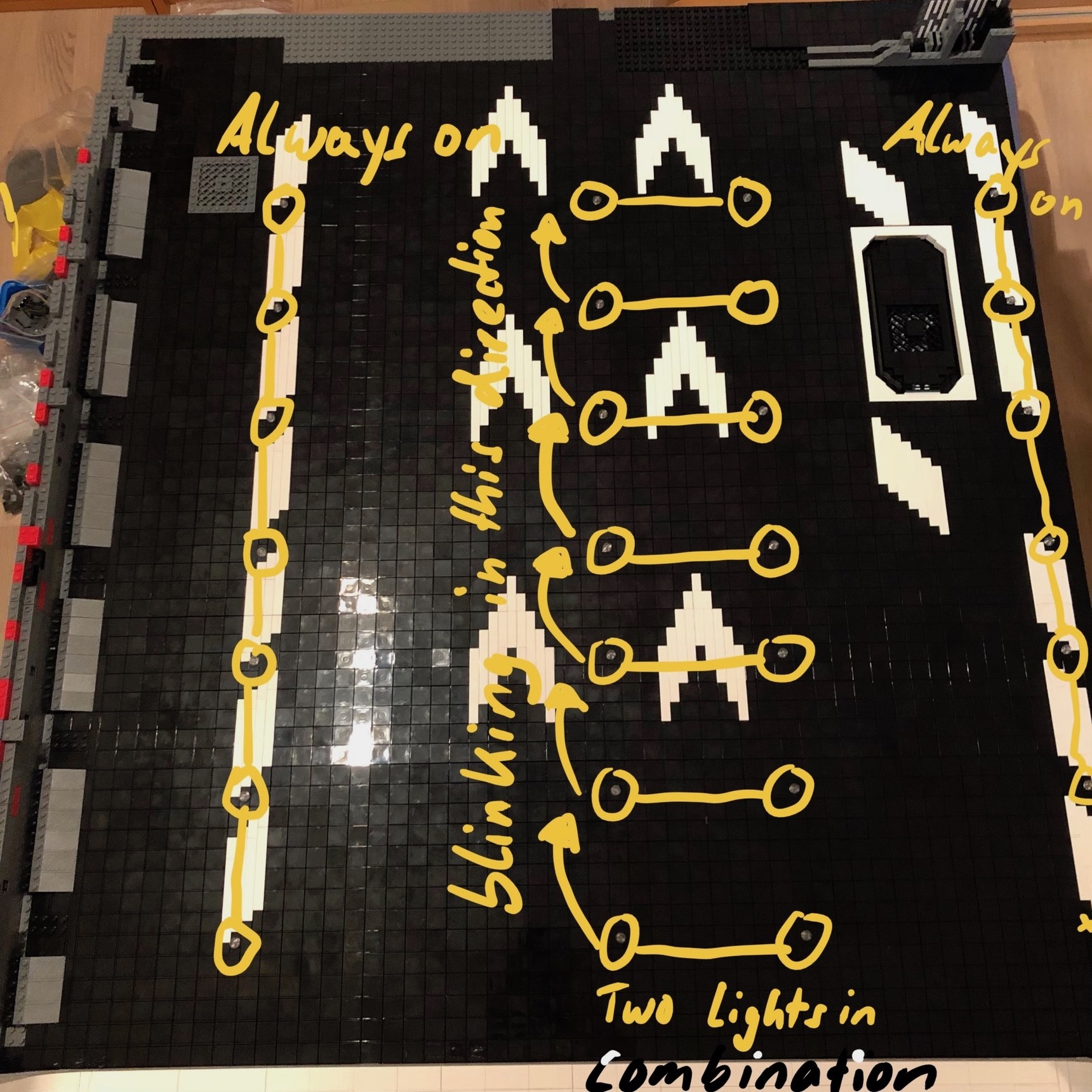 First of all, I'm from Germany, so hopefully you understand my english😉

I'm new in lightning own Models and need some help regarding the equipment I'll need. Until now I've got only the Ghostbuster HQ Set from brickstuff, and for me it's a really amazing solution.

If I have seen the new Millenium Falcon Set, I've pre-ordered it, and now (of course) I would like to light up my Docking Bay 327 (the new home of my Falcon).

As I said, I only ordered finished Sets until now, so I don't have any Idea, what items I have to order. Attached you will find a picture of the airstirp with some notes, what I'm planning.

For clarity, the two lines on the outside should be "always on" and the two in the middle

should blink like at an normal airstrip >>>> Maybe you could help me.

Looking forward of your assistance.